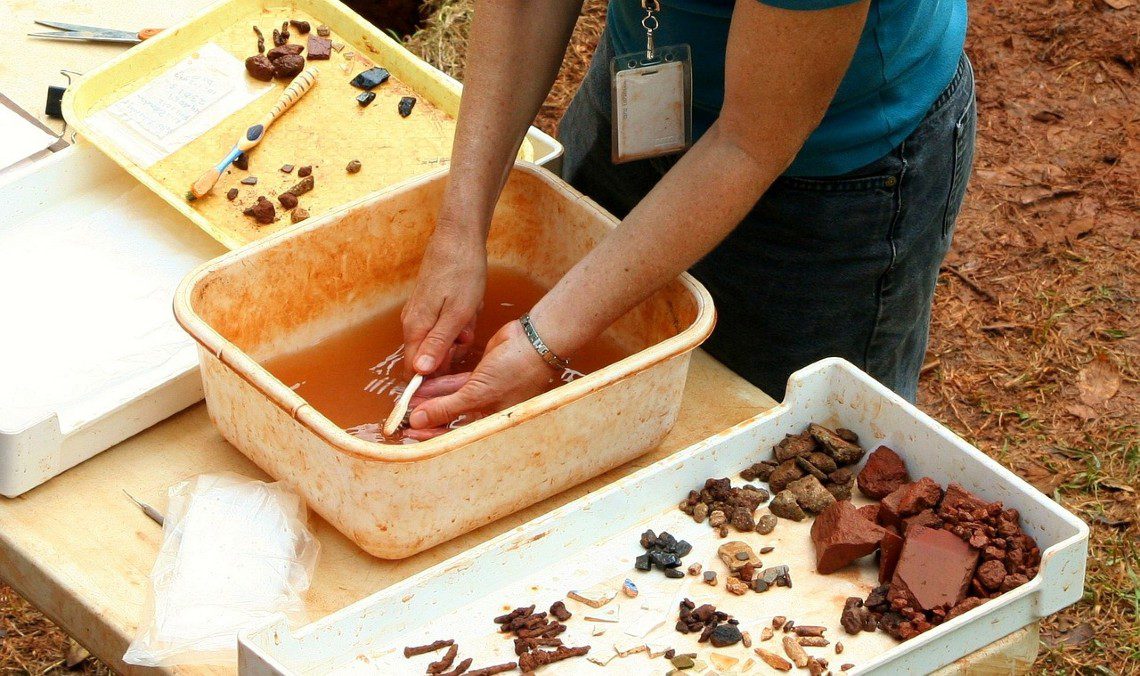 From megalithic temples to mammal fossils dating back millions of years, these are some of the most thrilling archaeological finds in Peru between 2019 and 2020.

Archaeology and Peru go hand in hand like culinary wonders and, well, Peru. In fact, as this list shows, you don’t have to even be an expert in gathering material culture to stumble upon a prehistoric fossil or ancient tomb. But at the end of the day, it’s the amazing archaeologists of Peru (and a few international experts) that provide us with proper understanding of just how valuable and amazing the archaeological finds in Peru truly are.

Take a look at some of the most thrilling archaeological finds in Peru that were discovered between 2019 and 2020:

Walter Alva, the same archaeologist who uncovered the Lord of Sipán tomb back in 1987, stumbled upon a megalithic temple in October 2019. Located in the Lambayeque region of northern Peru, the temple is believed to have served for fertility and water-worship rituals some 3,000 years ago.

Within the 130-foot-long megalithic temple, 21 tombs were discovered with ceramic and metal objects inside. The remnants, as pointed out by Alva, show that the temple was likely reused by the Chimu culture.

A ceremonial pyramid  was buried under 6 feet of dirt in the Ancash region of northern Peru when it was unearthed in late 2019. Measuring 3.2 meters high, the temple was found at the Cerro Sechin archeological site in Casma. Human skulls and a dismembered skeleton were also found onsite, furthering experts’ beliefs that the temple served for spiritual purposes.

The 21st century archaeology team was led by Monica Suarez, though researchers have known about the greater site since 1937 when it was discovered by Peruvian archaeologists Julio C. Tello and Toribio Mejía Xesspe.

A toxodon walked down a street in Cusco—four million years ago. In Espinar, a province south of Cusco, city workers were preparing a street for fresh pavement when they came upon the fossil remains of a prehistoric mammal. Trapped beneath dry concrete, a careful excavation took place by engineers and local archaeologists to remove the fossil.

This giant animal is believed to have belonged to the Late Miocene to Middle Holocene epochs, meaning it roamed between 11.6 million and 11,000 years ago. Famously studied by Charles Darwin during his journey aboard HMS Beagle, the toxodon is often thought to have looked like a rhinoceros.

Remember the cute mascot of the 2019 Pan American Games hosted by Peru? You know, the one that had three points on its head, a headband and gym shorts? Referred to as Milco, the mascot was inspired by (and named after) the cuchimilcos, clay statues belonging to the Chancay culture.

A month after the games wrapped up, a group of Peruvian archaeologists discovered a 700-year-old tomb of a child that contained the ceramic figures. Found during a pipeline excavation in the city of Lima, the presence of cuchimilcos means the tomb dates back to 1200-1470 AD, when the pre-Inca culture ruled the central coast of Peru.

In the depths of Lake Titicaca

What lies beneath the still waters of Puno’s Lake Titicaca? A group of archaeologists performed an underwater excavation and came out with quite a load of valuable remnants of a pre-Inca culture.

The Tiahuanaco, or Tiwanaku, culture inhabited the Isla de Sol (Island of Sun) located in the southern region of Lake Titicaca (technically, this island belongs to Bolivia, though it is also rich in Inca history and possibly its place of origin). Ceramics, gold pieces, remains of llamas that had been sacrificed and more were uncovered. The uncovering led researchers to conclude that the ancient culture had been the first in the area to make such offerings to deities.

We don’t know what’s cooler: that a new pre-Inca site was revealed, or that archaeologists made the discovery using a drone.

A drone using laser technology (we weren’t sure what that meant either, so for an explanation check out the original article here) allowed specialists to uncover new details of the pre-Inca site Wat’a. The ancient city, southeast of Machu Picchu, shares architectural similarities to that of the Inca citadel (think terraces, plazas); circular designs associated with pre-Inca cultures have also been found.

Nowadays, painted murals that appear on public walls seem to disappear with the change of seasons (and perhaps a new mural painted on top). If only artists would revert back to carved murals, as they did some millenia ago.

A mural, though to be 3,800 years old, was discovered at the Vichama archaeological site north of Lima. A carved scene of a toad looming above a human figure—believed to depict the arrival of water through rainfall—was found on the side of a ceremonial building within the complex.

Have You Heard About the New Nazca Lines Recently...

Pachacamac: The Ruins of a Pre-Inca...

Pachacamac: Empowering Locals to Preserve the...