Cabo Blanco, the Great Marlin, Old Man and the Sea, and a Legendary Fishing Club 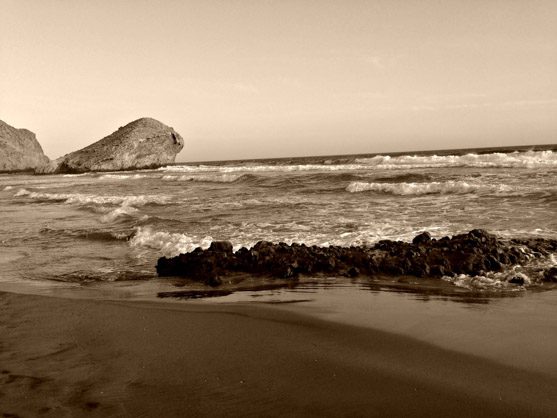 Though the village of Cabo Blanco was popularized in the 1950s by
Ernest Hemingway’s visit and the filming of Old Man and the Sea, there is much more history to this village than most people realize.

Ernest Hemingway has been in Peru once in his life. Not in the capital Lima or in Cuzco, in the Andean highlands, but on the wild Pacific coast of the north, where the sun and the salt of the sea decompose the skin of humans so that in the evening you can only sleep with pain. And it is there where Hemingway came, to the richest fish-filled waters of the cold Humboldt current. This was a landscape entirely to his taste.

The geography near Cabo Blanco

Along the Pacific coast, between Tumbes and Cabo Blanco, are Peru’s seaside resorts. A biting, salty wind swept over the small villages, which were grilled by the powerful sun. In front of us was Cabo Blanco, which is next to Mancora, Punta Sal, and Colán, which is one of the small seaside resorts on the north coast. Here the climate is rough and the sea is unruly. At kilometer 1.137 of the Panamericana lies this Cabo Blanco, which in the 50s and 60s of the last century was a well-known meeting place of deep-sea fishermen, but now looks a bit decayed and rundown.

Cabo Blanco in the 1980s; what it has to do with Marlin

The American A. Glossell holds the world record for catching the largest Marlin, a 702-kilo behemoth, which was reeled-in off Cabo Blanco. The marlin is related to the swordfish and because of its great weight, its strength and speed, it is considered one of the hardest to hunt fish. When I visited in the 1980s, the windy beaches were deserted, and tourism, like the country’s entire domestic economy, had collapsed under the dictatorship of the military.

In the early 80s there was a Hollywood movie called Cabo Blanco with Charles Bronson and Jason Robards in the lead roles, shot fast, a B-movie, you could say, that was supposed to be a mix of Casablana and The Red Corsair .

Cabo Blanco means white cape and this is where Ernest Hemingway came 1956, in the hunt for the great Marlin. Hemingway traveled to Cabo Blanco accompanied by Cuban sports fisher Elián Argüelles and some cameramen. They wanted to catch a thousand-pound marlin, which actually does not exist in this size off the coast of Cuba.

In Cabo Blanco, two currents of the Pacific Ocean flow together. This is where El Niño and the Humboldt stream come together, a natural caprice that makes for crashing breakers and rich fishing grounds.

Those who came to Cabo Blanco in those good days descended from the Cabo Blanco Fishing Club, an exclusive hotel built in 1951 in the harsh land off the coast. Today, the Fishing Club is a ghostly masonry that has long been abandoned to decay.

Cabo Blanco and Old Man and the Sea

Some outdoor shots, the fish scenes of The Old Man and the Sea were filmed here, in Cabo Blanco, and not in Cuba. Since director Fred Zinnemann and lead actor Spencer Tracy fiercely clashed and Warner Bros., the production company, Zinnemann was eventually fired and replaced by John Sturges.

But in the end Cabo Blanco treated the film crew well. Hemingway and Argüelles each caught two thick swordfish. The camera ran as Hemingway had his second marlin on the fishing rod. But this defended itself, pulled back and fought. This is the world that Ernest Hemingway loved so much.

Do you want to explore more in-depth into the life of Ernest Hemingway, including the times that he spent in Peru? Then check out Hemingway’s World, where I write about his life. I’ve spent decades researching his life and following in his footsteps around the world.

Editor’s note: a version of this article previously appeared on Notes and Notes from the Road.

Best Beaches in Peru (Our Top...