These are valid questions for some of us who have experienced devastating natural disasters. Having lived in Florida for many years one can’t be a stranger to hurricanes and tropical storms. I always share my stories with my fellow Peruvians who have no idea how horrifying this experience could be. The experience starts with the pre-hurricane preparations. As everyone is glued to the TV watching the development of this natural phenomenon thinking about the possibilities of a direct hit, the category type, and the forecast predictions.
Also the craziness and the anxiety you start feeling on the streets as people go into this frenzy of filling up their gas tanks, boarding up their windows or installing hurricane shutters, which is very common in most Florida homes, or going to the market to get stocked up on water, canned foods, flashlights, candles and anything else you can imagine to survive the storm. Needless to say, long lines and lots of patience are the common ingredients always present during this imminent chaotic experience.
I went through one of the most devastating hurricanes in South Florida. Hurricane Andrew back in 1992. I tell you this was one caught people off guard. The BIG ONE as this storm was called wasn’t supposed to hit the South of Florida head on but within hours it took an unsuspected turn. Mother nature is unpredictable I thought. I’m skeptical about weather predictions ever since.
People did not take the warnings seriously and unfortunately, there were 65 fatalities and millions of dollars in structural damage. The Dade and Homestead counties were literally flattened. Destruction at Dawn. The eye of this epic storm hit South Florida late at night. I recall being hunkered down with my family, we lived in Dade County then. We had managed to prepare for this the best way possible. Some of the things you must do are to secure the house. Make sure it is airtight so the outside pressure won’t get in and make your house explode from within. Another one is to find a safe spot in the house so that in case something goes wrong you can protect yourself. Park the cars away from trees and or power light poles. It is quite a job.
As we started to get some rain and winds we were horrified as we watched on the news that we should prepare for a head-on collision. There was no time to evacuate, and just like us, there were a lot of people in our situation who were forced to ride the storm. Not soon enough power started to flicker coming in and out until it was all out completely. If I recall correctly we went through about eight hours of constant pounding of weather. The hurricane force winds are no joke. The noise is unbearable. It literally sounded as if a freight train was coming towards us. Naturally, we did not sleep a wink, and halfway through the night, all of a sudden everything stopped. I don’t recall the time really because when you are inside your house all boarded up or with shutters up it is very dark.
My daughters were asking me at this point if the hurricane was over. We had a little AM/FM battery operated emergency radio where we could hear some news from time to time. Some people calling desperate to the radio stations and asking when it was going to be over…. well it was not over, we were in the middle of the eye of the hurricane and it started once again, frightening and loud as ever. At this point we all decided to go into the master’s bathroom and get inside the tub and cover our heads with a mattress. Many times through the night I thought my roof was gone. Water started to come into the living room and dining room.
Well, guess what? After being up all night, exhausted with fear and adrenaline pumping exacerbating the survival instinct, it was finally over. I will never forget when we finally opened our front door and took a peek outside. It was honestly as if we had been bombarded. There was nothing green. It looked like a desert outside. Neighbors emerging out of their homes with such fear and desperation in their faces. The days after the event was not at all any better. Usually, after hurricanes, it feels like it is hotter and more humid than ever. Almost three weeks without power, water, ice or stores being opened to buy nothing, we endured it barbecuing every day. Helping each other out. It was a time for unity among neighbors. It was an unforgettable experience. We were so thankful to God and learned to appreciate the little things in life.
Now almost 25 years later hurricane Irma threatened the coasts of South Florida again and it made relive this experience as my sister, daughters, and parents had to evacuate to Georgia because of it. Thank God everyone is OK and the damage wasn’t what we all had feared. But the question is …. Do we need any more proof of the deterioration of our planet?  Irma was the most powerful hurricane in history. Does Mr. Trump need any more proof?  Texas was devastated not too long ago, then Florida. I think Mother Nature is sending us a lot of signals that a lot of us refuse to acknowledge. 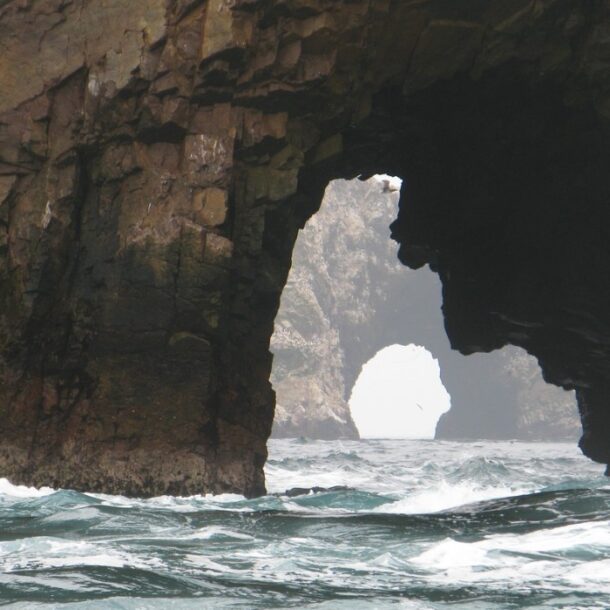 Ica in Two Days: Trip to Paracas, Islas Ballestas, and Huacachina
Next Article