Overlooked Pre-Inca Civilizations That Make Peru What It Is 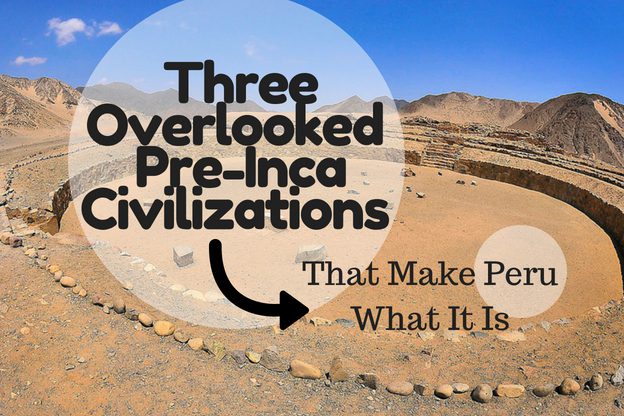 The roots of indigenous influence in Peru are deep and rich. Amidst the narrative of Peru being known by so many as the land of the Inca, this broader story of indigenous history and context is often overlooked. 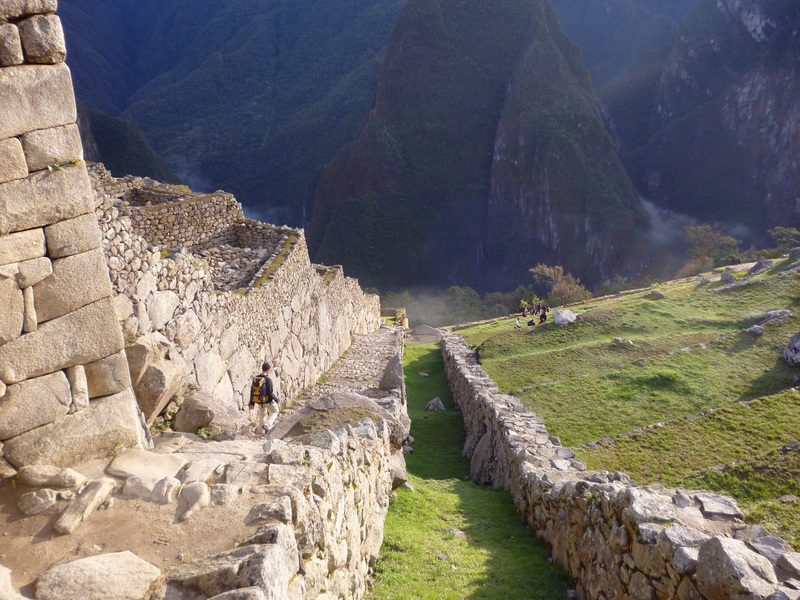 We’re here to share that there is a much deeper story than what most people understand.  It’s a history of shifts and transformations between grand civilizations, whose cities have fallen into the abandonment as quickly as they have risen to power. Peru has been continuously inhabited by human beings for at least 10,000 years.

Machu Picchu is indeed a wonder, but why would we put so much attention towards the Inca empire, which reigned for less than 100 years, when exploring the less known history of Peru can be equally (if not much more) interesting. 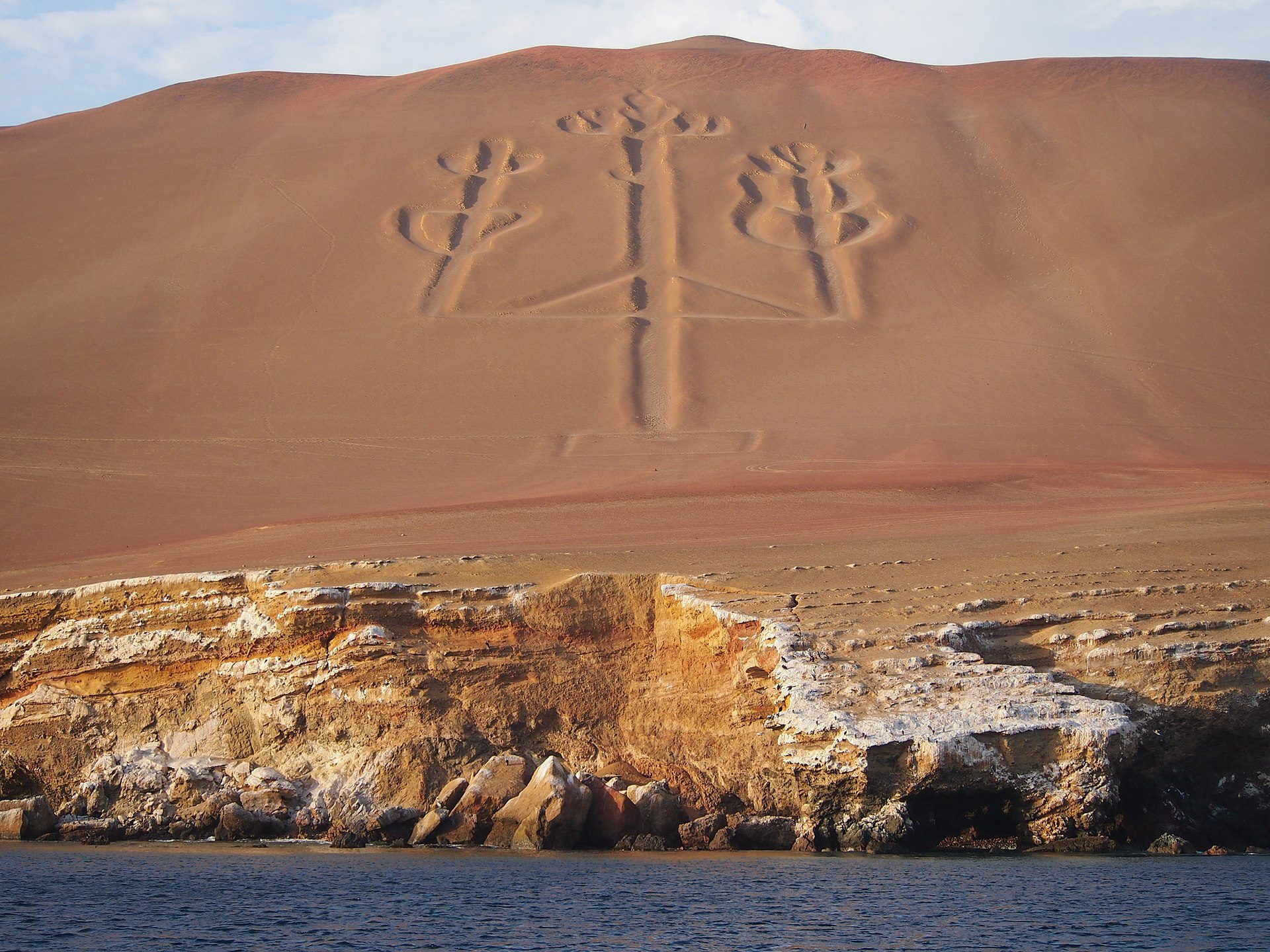 Traces of human settlement in Peru date back to 8000 BC, and probably a lot earlier than this. It wasn’t until 2,500 BC, with the dawn of agrarian society, that hunter-gatherers started to create permanent settlements. In doing this, humans adapted to their landscape. They domesticated animals and plants to suite their needs, and to fit into the environment. We can look at art, agriculture, spirituality, to recognize the depth of interconnectedness forged through millennia, between the ancient people of Peru, and their landscapes. 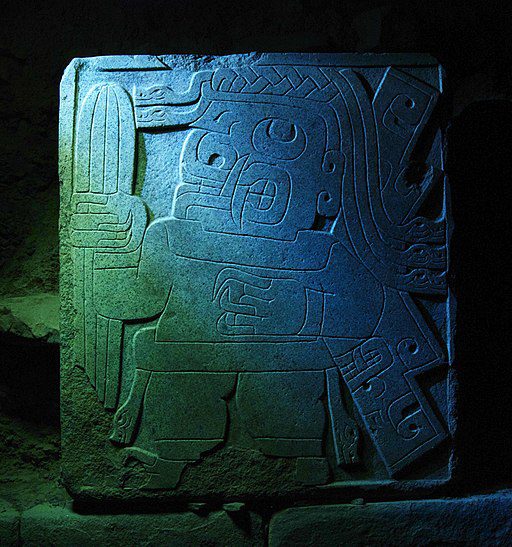 The Chavin culture (900 BC-200 BC), is one of the most influential of the pre-Incan cultures. The shrine of Chavin de Huantar attracted pilgrims from the across the continent, who’d scale their way from the jungles and the coasts, and across the rough terrain of the Andes to make it to the shrine. The religious iconography of the Chavin culture, with its reverence for animals such as the jaguar, directly influenced the art and cosmovision of civilizations across the entire continent, especially the Paracas, and eventually the Inca as well.  These religious artworks played a fundamental role in shaping up the basics of the universal Andean belief system. 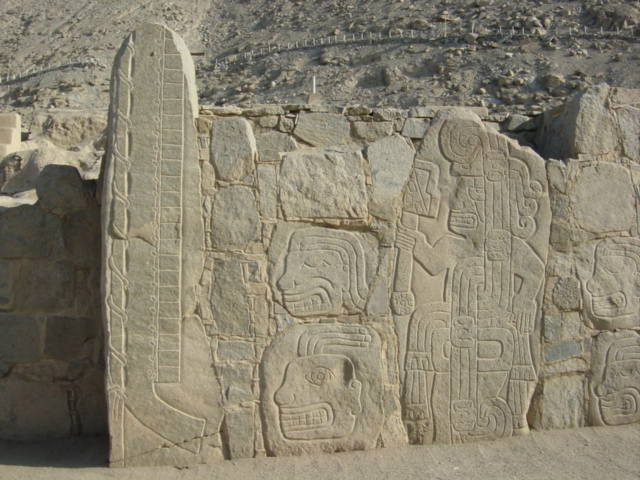 The Sechìn culture is remembered mainly for their military hegemony. A testament to their civilization can be found at Sechin complex, located in the Casma Valley in the Ancash region of Peru. Across its lithic block facade are reliefs that represent warrior-priests and mutilated bodies. Since the complex is known to date back to 1,600 BC, we know that the Sechin civilization was a precursor, and direct influencer to the iconography of the Chavin culture.

It was around 500 BC that the Sechin and the Chavin civilizations fell, giving rise to civilizations such as the Paracas and the Saliner.

Paracas give rise to the Nazca 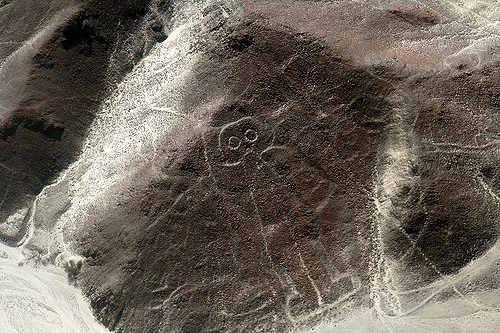 The Nazca Lines are a series of ancient geoglyphs (a large design or motif on the ground,
etched or made with clay and stones) in the Nazca Desert. These etchings, some of them longer than three hundred meters, were constructed between 500 BC and 500 AD. The lines take the shape of animals like birds, fish, llamas, jaguar, monkeys and human beings, or other natural things like trees and flowers. The Nazca lines were declared as a UNESCO World
Heritage Site in 1994.

Join our Patreon Community to support more content like this, and help us promote all the great things Peru has to offer!
ancient civilizationscasma valleyChavinNazcaParacassechin
FacebookTwitterWhatsappEmail

Where to Find Exotic Ice Cream in Lima

Best Coffee Shops in Lima for Digital Nomads (Our...

Tierra Baldia: The Roar of a Cultural Initiative in...

Recovering from Addiction with Ayahuasca and Psychotherapy: Patients Share...