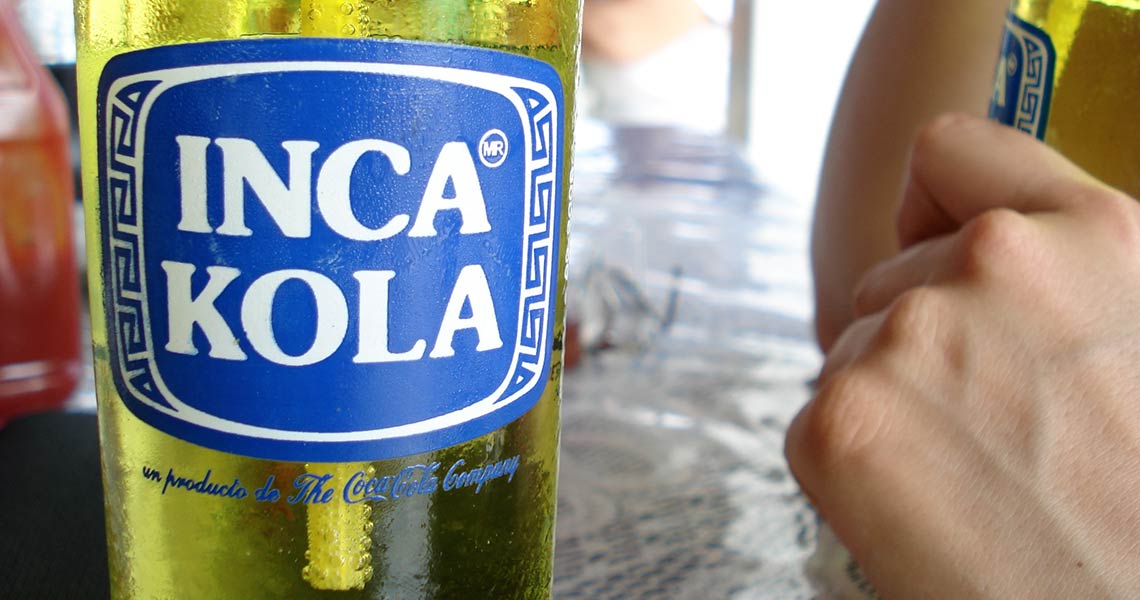 In Peru, the national soda brand Inca Kola is very much preferred over the transnational Coca-Cola. Called by the Chicago Tribune a “radioactive yellow” beverage it is a drink that the North American brand has never been able to overtake.

According to Atlas Obscura, in 1999 Peru had a victory over Coke, especially because Inca Kola has always been perceived as a drink of national pride and identity for Peruvians. “It runs through the veins of Peruvian babies”, said chef Hajime Kasuga.

“More recently Ben Orlove, an anthropologist who studies Peru, attended a Peruvian independence day celebration at the nation’s ambassador’s residence in New York. At the end of the night, attendees received a tote containing, among other things, a can of Inca Kola. In short, as Tristan Donovan, author of Fizz: How Soda Shook Up The World, puts it, the brand ‘carries a cultural meaning that goes far beyond the ordinary soda.’”, you can read on the aforementioned website.

Charles Walker, a historian who studies Peru says that the reason for Inca Kola’s success has to do with its appealing to national pride. It was launched in 1935 in Lima during the city’s 400-year anniversary.

“Its unique flavor, its creators stressed, was a secret recipe based in uniquely Andean fruits. (Most suspect it’s anchored on lemon verbena, but the exact flavoring remains mysterious.) And its name and original logo spoke to Peru’s strongly claimed Incan heritage”, Atlas Obscura wrote.

Grape production in Piura could be affected by the cold temperatures

Join our Patreon Community to support more content like this, and help us promote all the great things Peru has to offer!
cokeinca kola
FacebookTwitterWhatsappEmail