Peru’s castles provide a quirky glimpse into the past 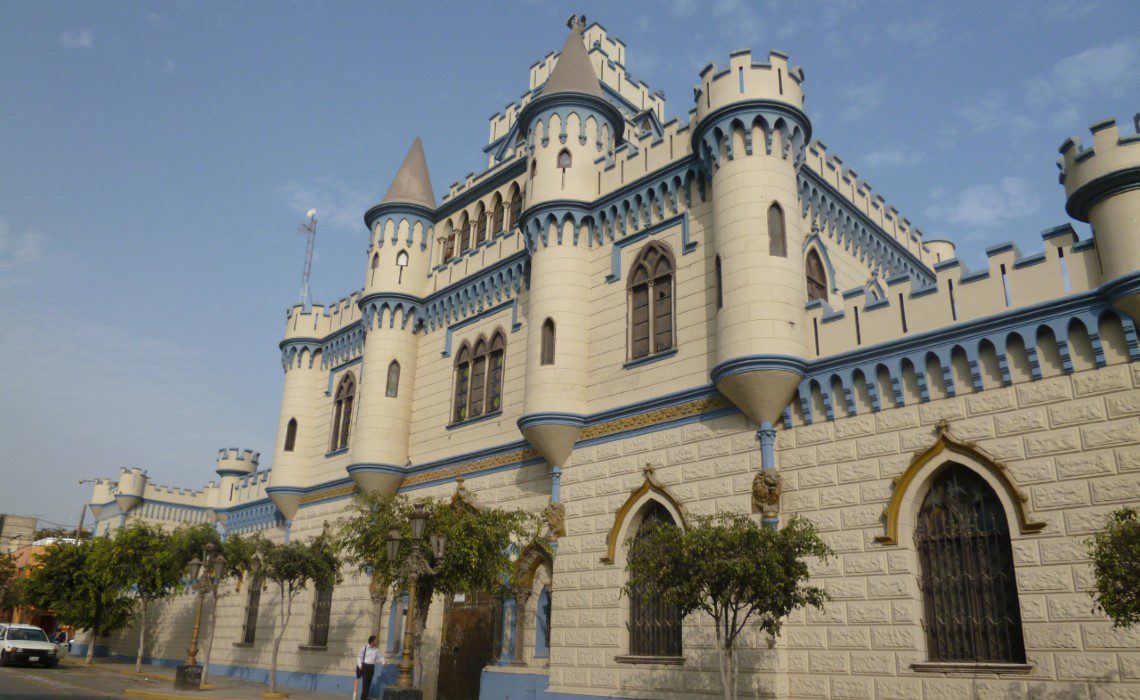 They appear like the product of some hallucination: castles, seemingly lifted from some medieval European kingdom (or at least Magic Kingdom), rising above typical Peruvian towns.

Most are a testament to past fortunes, to a time when their owners hoped that these castles would convey a sense of Old World civilization. Today, they make for rather quirky tourist attractions.

In 1929, the renowned doctor Carlos Rospigliosi began construction of this castle in Lima’s Santa Beatriz neighborhood. The idea behind the castle was to provide an appropriate place to stay for the doctor’s friend, King Alfonso XIII of Spain, during a visit to Lima. Unfortunately, the king was dethroned before he could be visit. The castle was used as a family home before passing into the hands of the Air Force.

About an hour north of Lima on the Panamericana, the fishing and farming town of Chancay seems like an unlikely place for a sprawling medieval castle. Nevertheless, it was here that Consuelo Amat y León built this complex between 1925 and 1935. The doña was inspired by a trip through Europe, and also wanted to build the castle in homage to her deceased husband. She never lived in the castle, and it fell into disrepair before being restored in the 1990s. Today, it is a tourist complex, with lodging, restaurants, a nightclub and recreational facilities.

Rising above the popular beach town of Mollendo, the Castillo Forga has had a long and interesting history. The castle was built by a successful Arequipeño, José Miguel Forga, in 1923. Soon after, however, Forga found himself ruined (possibly because of the crash of the New York Stock Exchange in 1929) and in debt to the government. The government seized the castle, and shortly afterwards, it ended up in the hands of Arequipa’s archbishop, Leonardo Rodriguez Ballón. One version holds that the monsignor had purchased the home from the government, while another story states that President Manuel Prado gave the home to the archbishop as a gift after the cleric helped to annul Prado’s marriage. The city of Mollendo is looking at housing a museum within the castle.

Lamas is a small town located about 20 kilometers from the city of Tarapoto. The town’s castle is more recent than the others mentioned it. It was built by an Italian expatriate over the last several years. The castle houses an art collection, a small store and a café.

Located in Cañete, about two hours south of Lima, this castle was built by the wealthy Unanue family between 1843 and 1900. To aid the construction, the family purchased a German castle, dismantled it and had a significant portion shipped to Cañete. When you visit, young local guides will provide tours (for a tip) and recount stories of how the space was used to keep and sell slaves through its underground network of tunnels.

The castle was badly damaged by the 2007 earthquake and is in a state of disrepair at the moment.

One does not normally associate Peru with medieval-style castles, but there are a number of such buildings throughout the country.

#TakeMeBacktoPeru: Be Part of Our Video Dedicated to Peru

Free Entrance to Machu Picchu and Other Tourist Sites...

#TakeMeBacktoPeru: Be Part of Our Video...