Top Stories
Top 8 Cafes to Visit in the Sacred...
What’s it Like to Travel to Millpu
Peruvian Judge Protects Indigenous Amazon Land from Oil...
Inkata: Pisco Pairing 50 Meters Above Ground in...
8 Useful Apps to Download While Traveling in...
24 Hours in Arequipa: What to Do, See...
Where to Eat Chinese Food in Lima
This is the Peru Pavilion for Expo Dubai...
Second City Traveling in Peru: Is it Right...
11 of the Most Beautiful Places in Peru...
Home Culture-History Rediscovering the Footsteps of the Inca on the Qhapaq Ñan
Culture-HistoryTraveling in Peru

Rediscovering the Footsteps of the Inca on the Qhapaq Ñan

Not long ago, a team of adventure seekers took on the challenge to travel 3,200 km from the start to the end of the trail. The journey lasted five months, starting in Tomebamba (Ecuador), and ending in Cusco. In making this trip, the crew rediscovered a lost Inca heritage and learned a lot about themselves. I was able to tag along for part of this trip, and here is the story of my adventure.

Visualize yourself walking on the Inca Road

Walking is a daily activity we take for granted, but when we are used to paved city roads, we forget the transformative potential for going from one place to another, moving the legs, perceiving the wind and feeling free.
Let us take a mental journey to the White Mountain Range of the Andes. The sky is changing from a gray to a luminous blue. While you continue your stroll, the dark sidewalks transition to cobblestone, which weaves its way among rugged mountains. The higher you venture, the fewer cars you see, and the more llamas you find. This is what it is like to start walking along the Qhapaq Ñan. More than 500 years ago, this was the most important roadway of the Americas.
Impressively, over hundreds of years, the Inca Trail maintains its traditional mystique. When spending time on the trail, you feel more connected with nature and to the traditional communities that exist alongside the trail.
There is clearly no way to convey such a fascinating story from the comfort of one’s desk. As a partner, LimaTours was present from the beginning, not only organizing this expedition’s logistics but also setting out with the group in order to accomplish this great task.

Our journey along the Qhapaq Ñan 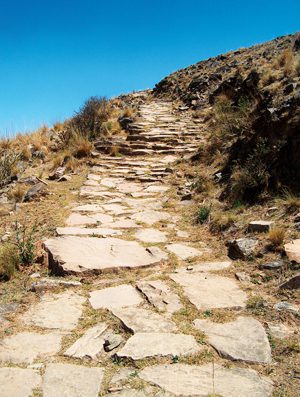 We reached the Cajay community (Ancash) to meet the other members of the expedition. Our day 1 was actually day 73 for them, and the residents’ positive attitude energized us for the first steps towards the 75 km we had ahead of us.
The river flowed like music while we walked down the road to Pomachaca, a small town where the Inca trail began. As we would see along the route, stretches of the Qhapaq Ñan have disappeared, either due to the construction of other roads or

Hiking through fatigue and being rewarded with awe-inspiring visions 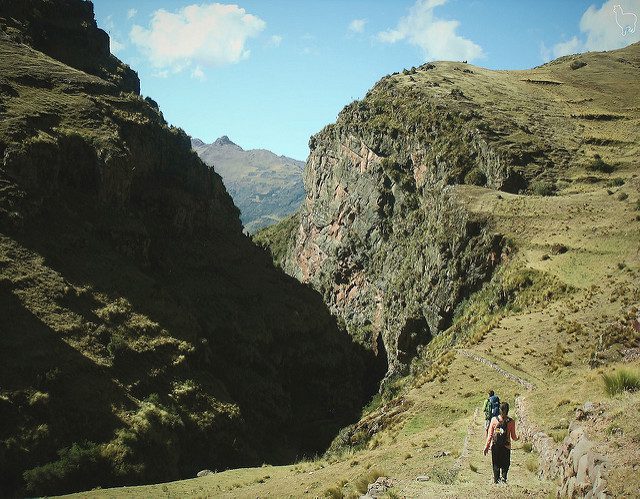 The hard test of trekking along the Capan Nan implied fighting heat, altitude, and fatigue. If we passed the first test, we would be prepared for the next four days. And each step was worth it. While we climbed, we could see beautiful valleys in the distance. We also found ancient Inca settlements in the middle of the mountain. It was remarkable to see how the steps seemed to be part of the landscape. 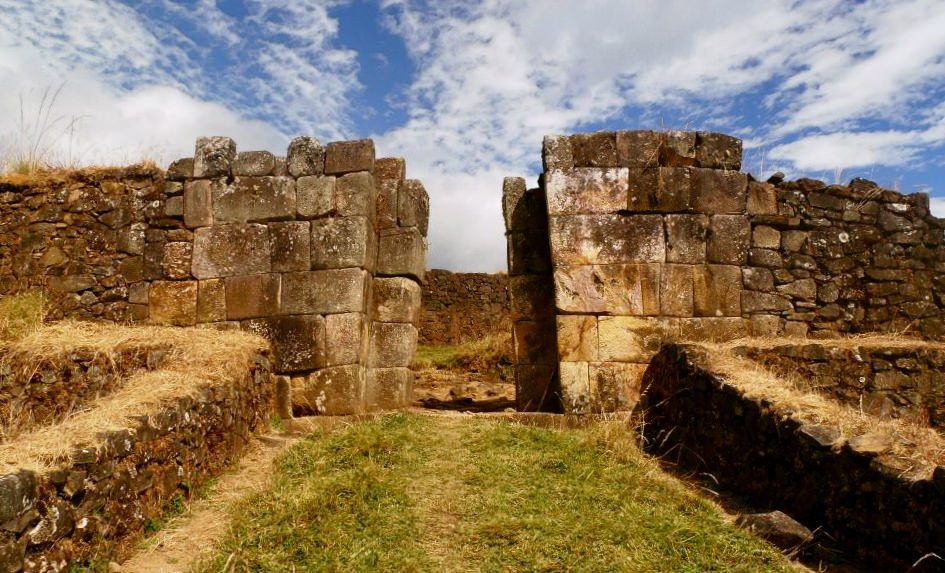 We arrived in Castillo, a town with a water fountain decorated with a chasqui (a messenger of the Tahuantinsuyo), a symbol of belonging to the Inca trail. Building back our energy with the fresh water from the main fountain was a present of the Apus (mountain spirits). Residents of this traditional village seemed to be in awe while they watching a large number of these llamas walking alongside a group of gringos. Though this beautiful animal is a symbol of tradition in the Andes, they are also great pack animals and companions for gringos who can’t carry all of their gear.

Enjoying the milky way every night

After a light lunch, we continued to ascend to Soledad de Tambo, where porters had already trekked ahead and set up our camp. After visiting the Pincos ceremonial ushnu (sacred space) and enjoying a hearty meal, there is nothing better than lying on the pasture to relax under the Milky Way. The breathtaking starry sky of the Andes accompanied us every night along the way.

Join our Patreon Community to support more content like this, and help us promote all the great things Peru has to offer!
adventureexpeditioninca trailQhapaq Ñantourismtourism in Perutraveltravel in peru
FacebookTwitterWhatsappEmail

Second City Traveling in Peru: Is it Right for...

11 of the Most Beautiful Places in Peru (Besides...

This is the Peru Pavilion for...