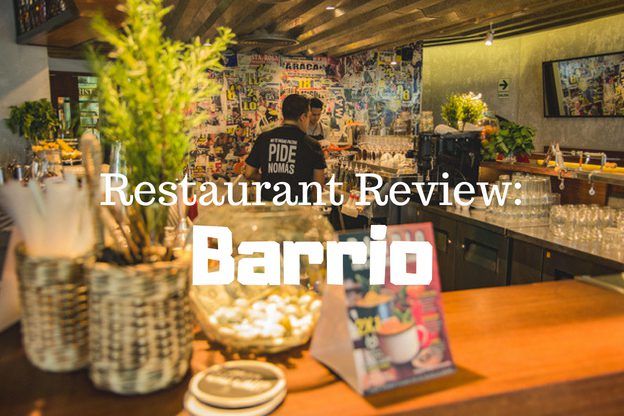 If you are new to the Peruvian gastronomic neighbourhood, Barrio is a good place to try popular cuisine in an attractive way.

Here the plates are for sharing, the atmosphere is as casual as an old Lima tavern, and the ingredients are very carefully selected. Salsa music also brings flavour to this restaurant in the financial center of San Isidro, where most executives come out after work for a drink.

Even though we are not new to Barrio, the menu always offers surprises and variation, so it sometimes feels like we’re coming again for the very first time. The first delight, named with the popular phrase sea life is tastier is ideal for enjoying a Peruvian combination plate, starting with a causa with tuna tartare and ceviche sauce (S/ 18), or the pejerrey (S/28) served as a tiradito with yellow pepper and crispy seaweed. 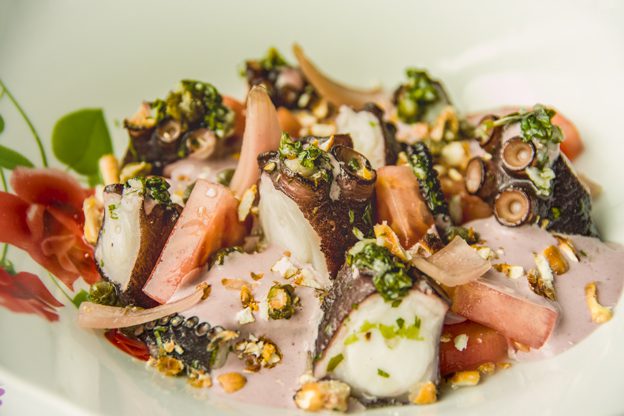 Try starting out by asking for one of the oldest plates on the menu: El Fumeke (S/ 38), a smoked tuna ceviche with sweet soy sauce, accompanied with sweet potato chips. We also deemed the olive octopus (S/ 26) a total success, because of the strong and well-balanced flavours brought out with the combination of olive sauce and chimichurri. Also, it’s always a safe bet to ask for the plate of the day (S/ 25), an innovative selection of the Creole cuisine. Examples of typical plates of the day offered at Barrio are Peruvian minestrone, and carbonara spaghetti with pepper sausage of Huacho. 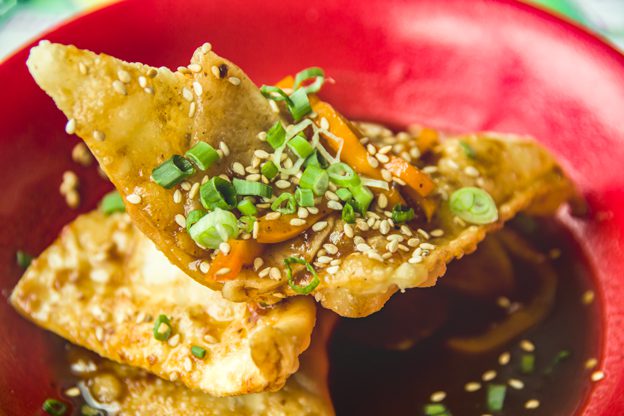 As appetizers, we recommend the scallops in parmesan (S/ 26) with a touch of rocoto, a hot spicy pepper, that melts in your mouth. Also try the corn on a stick (S/ 19), prepared on the grill with cumin butter and huacatay (a flavorful Peruvian herb) mayonnaise. To complement these flavours, ask that your corn be topped-off with a little of fresh cheese. Anticuchos and butifarras are good options as well, but surely don’t miss the Kam lu wontons (S/ 18) filled with pork and tamarind sauce.

As you probably notice, the menu at Barrio is unique for its bold fusion of culinary styles. There is a clear influence of traditional Peruvian recipes that are infused with constant creative innovations and variation. The beach tacu tacu (S/ 45), as one of their catches of the day which only shows up on the menu every once in awhile, is an example of this. Breaking with custom for this type of dish, the pickled fish is served separate from the leche de tigre (a staple ceviche broth made with lemon juice), allowing everyone to serve themselves to their liking. We also recommend the smoked chicken grill (S/ 65) with crispy fries and coleslaw, which is a safe choice if you’re looking for a balance of quality and quantity. 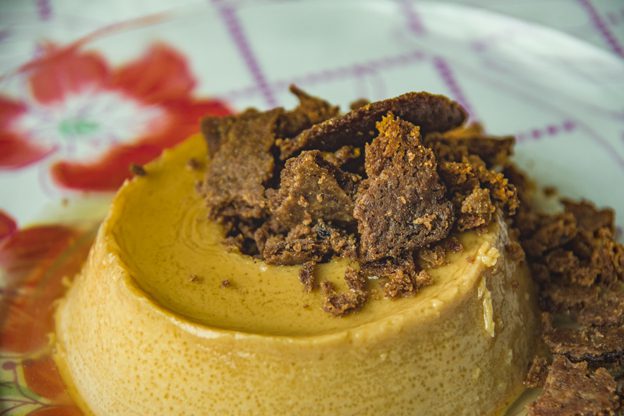 For dessert, Barrio has several very attractive options, which include the brownie with toffee and ice cream, the sundae, the doughnut with cinnamon ice cream, the fig honey (S/ 15), as well as the traditional Peruvian favourite crema volteada, made with rum and coffee crumble (S/ 11).

Finally, don’t leave out a cocktail or two. Barrio offers selections of wines, pisco (an entire bottle with the ingredients to make your own chilcano cocktail), and various original creations that you can order at the bar. If you come to have a cocktail, we of course recommend that you pay your visit during their happy hour. 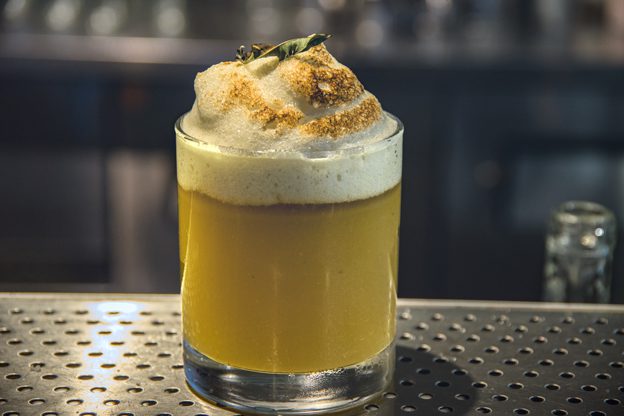 We tried the Sullorqui Punch (S/ 30), with exotic fruits (aguaymanto and maracuya), which was very refreshing and aromatic. The Ne-Grone (S/ 28), made from gin, tanqueray, campari, pisco, and moscato, is a dry, flavorful, and intense surprise that has hints of smoked cinnamon and Peruvian purple corn. The Ponte Punche (S/ 30) is a sweet and tasty combination of lemon verbena foam, and mixed herbs.

Also, there is good news for those of you who are fans of Barrio, because the restaurant will soon be opening a second branch in Miraflores. Be ready for a daring design with many new surprises on the menu.

Bonus: Get your dancing shoes on, because every month they are organizevsalsa music concerts.

Check out our 2012 review of Barrio Tapeo Peruana here!

Join our Patreon Community to support more content like this, and help us promote all the great things Peru has to offer!
barriogastronomySan Isidro
FacebookTwitterWhatsappEmail