Telesup University Is Ordered To Shut Down Operations Within 2 Years 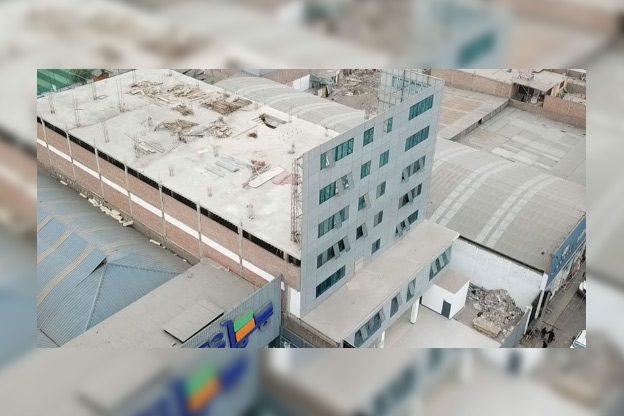 Telesup’s fake facade is only part of what this private university in Peru is going through. The Guardian informed that this school failed to meet the necessary requirements to receive accreditation and will be shut down.

“From the street, the newest site of the Telesup university in Lima appeared to be a gleaming, glass-fronted 7-story tower. Inside, however, students were surprised to find the stairs only reached the fourth floor”, the aforementioned media said.

The photos were taken by drones last week and experts on the academic sector in Peru are saying that this fake facade is a “symbol” of the Peruvian academic system. “It was presenting an image with nothing behind it,” said Ricardo Cuenca, director of the Institute of Peruvian Studies.

However, according to Máximo Estupiñan, a spokesman for the university, it is not a fake facade but a design for aesthetic reasons.

Sunedu, which is the State body that regulates universities in Peru, blocked new enrollments to Telesup and gave the institute two years to shut down completely.

“Meanwhile, most of Telesup’s 20,000-odd students will complete their studies at licensed educational institutions, according to Sunedu’s chief, Martin Benavides”, the aforementioned website wrote.

Join our Patreon Community to support more content like this, and help us promote all the great things Peru has to offer!
telesupuniversity
FacebookTwitterWhatsappEmail

Peruvian Students Design An App To...