The Andean Baroque Route: An Exploration Of Cusco’s Evangelization 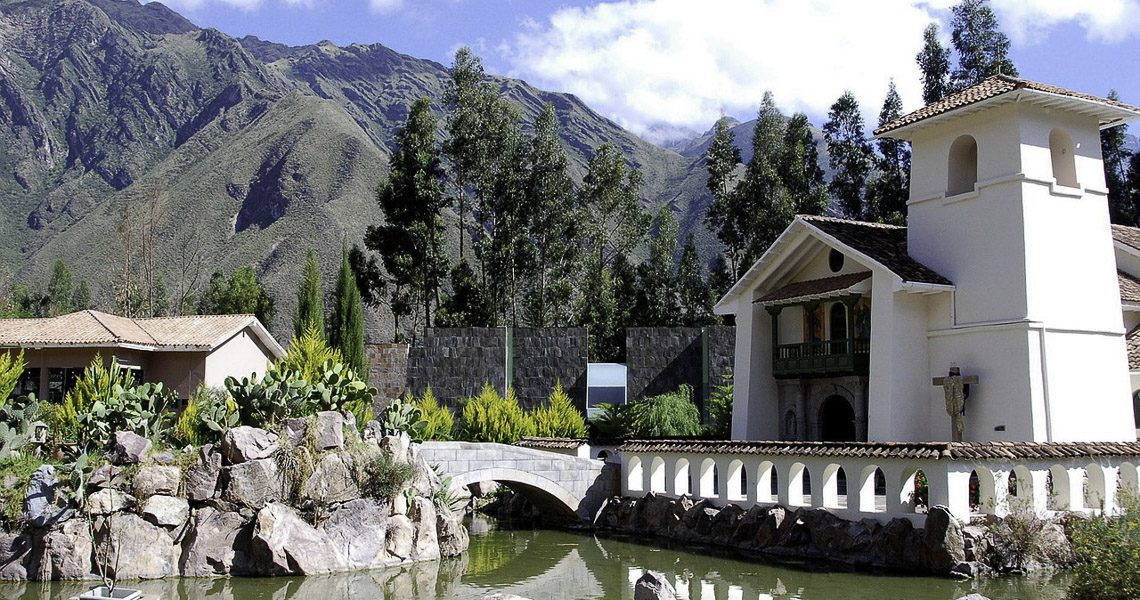 The Andean Baroque route in the Urubamba river’s southern valley gives tourists the opportunity to visit emblematic churches built by the Spanish in their first waves of colonization. Take this route to explore a critical period of Andean life, and to more deeply understand the complex relationship between ancient beliefs, and Catholicism. 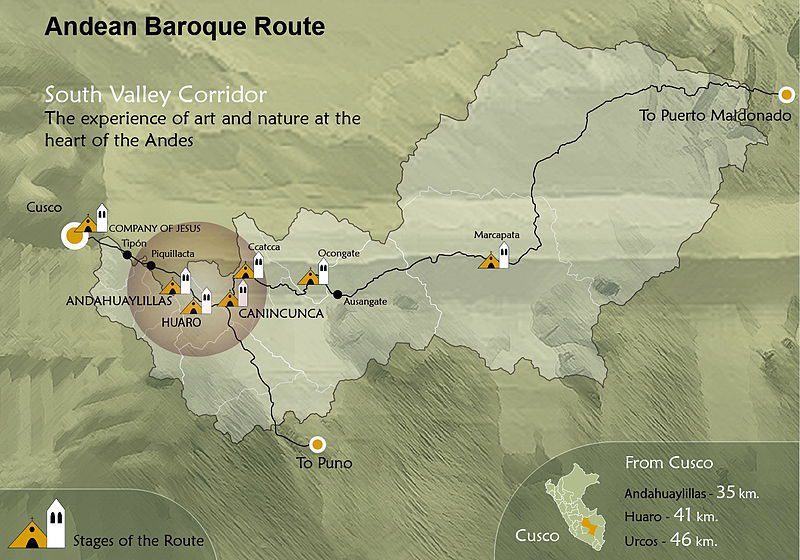 Conversion to Christianity: only on the surface

As many know, Peru is a profoundly Catholic country. The processions of the Señor de los Milagros, the Virgen de la Candelaria, and the Señor de Qoyllority are only a few of many religious events taking place annually around Peru.
But for most people of the Andes, it’s impossible to separate Catholic religious events from the spiritual traditions carried through millennia of ancestral relationship to Pachamama, mother earth. On the surface, it might have seemed that Spanish missionaries were successful at converting Andean people to Catholicism, but on deeper levels, this was never the case. Instead, people worshiped the same Gods that they did before, but within the context of Catholicism. For example, people continued to worship Pachamama by projecting her onto the image of the Virgin Mary.
During the 500 years of colonialism, the Spanish were also not able to squash-out a fundamental Andean spiritual practice: the dispacho, or the payment to the earth. It’s a ceremony of honoring mother earth by making offerings back to the mountains. It’s a ritual that millions of people still practice today, including travelers and tourists from all over the world.
The big question that people wonder, is how did ancient people of the Americas incorporate these two divergent belief systems into a singular type of Catholic devotion?

The small town of Andahuaylillas, located forty kilometers from Cusco, has a Quechua name, meaning “on the plain,” (anta: on, huallya: the plain). Various pre-Colombian societies lived in the area before the Spanish came. The most important were the Wari people (700 ad-1200 ad), and the Incas (1200 ad -1456 ad). When the Spanish established their viceroyalty in Peru, the Crown installed a new political system based on local governments, whose job was to create and enforce laws, collect taxes from natives, and to report to the Virrey. In order to do this, Spanish authorities restructured the ayllus, or traditional Andean communities, in order to exert more power over the indigenous people of the Americas.
By 1572, towns like Antahuaylilla, renamed San Pedro de Andahuaylillas by the Spanish, were changed forever. The Spanish forced locals to leave their country homes for newly created cities and towns. At the heart of these urban spaces were plazas where the Spanish built large churches, and homes for the political elite. Spanish leadership and church leaders expropriated the most valuable lands and forced locals to work, as well as to pay hefty taxes.
It was The Church of the Society of Jesus, the right hand of the colonial Spanish Crown, that took charge to indoctrinate natives into Christianity. To do so, they chose sacred places, known as huacas in Quechua, and built ostentatious churches. Inside, paintings of saints and religious scenes served as graphic aids to teach the natives about Christianity.

Colonial churches along the route

The Church of Andahuaylillas 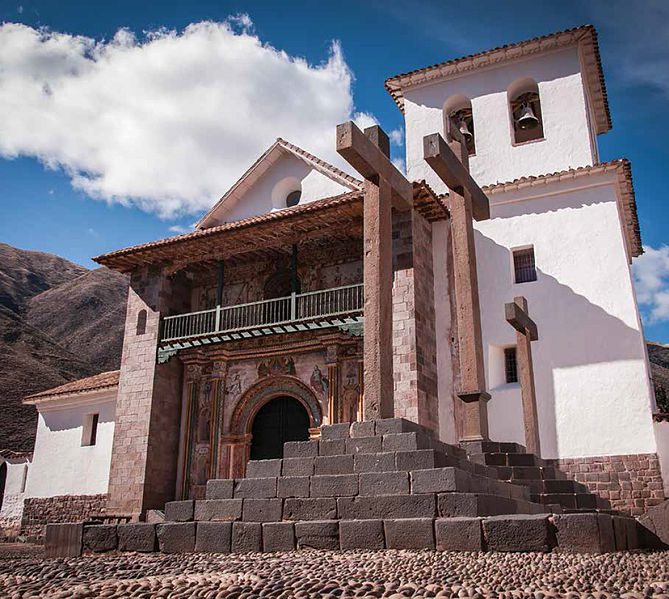 Because of its age and the high quality of its art, this church is one of the most renowned colonial buildings. It also houses the oldest organ in the Americas. The murals, painted by Luis de Reaño in 1626, are magnificent depictions of the roads to heaven and hell. Additionally, the church has a so-called door of languages. Here you’ll find Latin inscriptions translated into indigenous languages, including Quechua, Aimara, and Puquina. Mass is still offered here, just like other ancient churches of Peru. 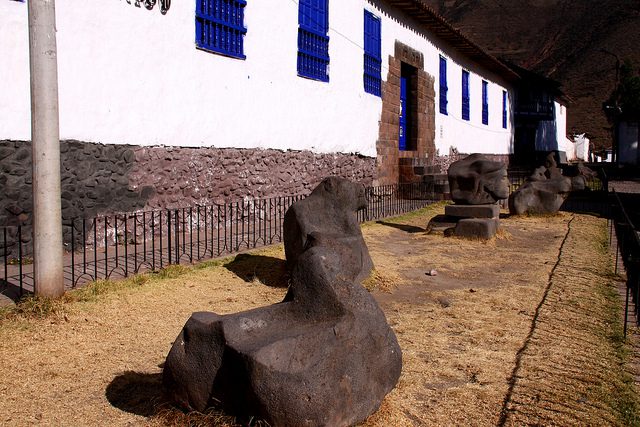 Built in the 17th century, this is another historic jewel, thanks largely to its beautiful murals and paintings. This church is beautiful but less opulent than Andahuaylillas. Its murals show unique visions of death, the final judgment, the afterlife, and heaven and hell. In the depictions of hell, one sees terrible images of natives being devoured by a huge sea serpent. 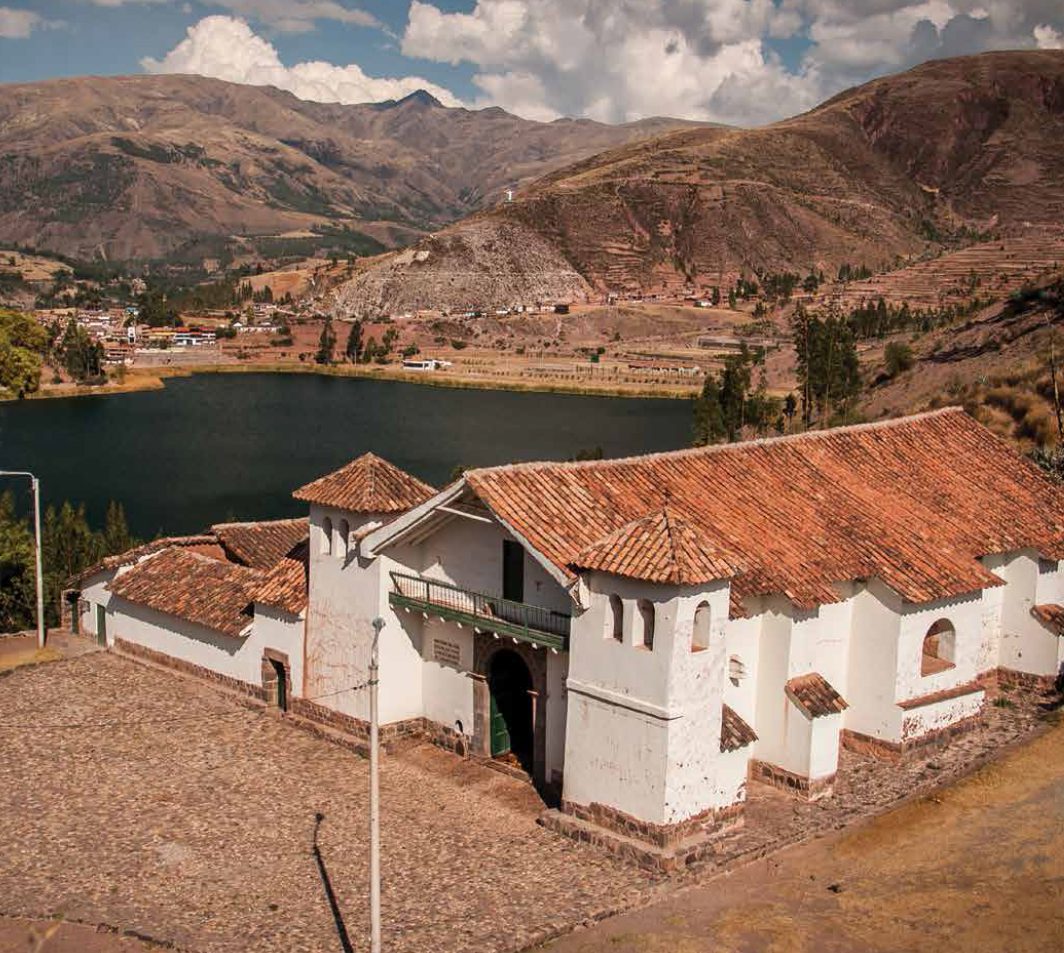 This structure, located in front of the mythic Urcos Lagoon, was constructed on top of an important pre-Columbian religious site. The Chapel honors the Purified Virgin, though the Virgin de la Candelaria adorns the front of the building.

HOW NATIVE BELIEFS COMMINGLE WITH CATHOLICISM IN THE MOUNTAINS OF PERU

What to Do and See at Manu National Park...

Archaeological Sites in Peru to Open for Visitors After...

Arequipa: A Region of Valleys, Volcanoes,...

Places To Visit This Holiday And...

Peru Will Now Have Two Cardinals