Top Stories
Travel Updates: Coronavirus (COVID-19) Outbreak in Peru
Peruvian Products with Intense Flavors for Curious Foodies
I Went to Machu Picchu During COVID-19 and...
5 Things to Know About Panetón: A Peruvian...
Visiting Ayacucho? What to Know and Do for...
Zig Zag Restaurant in Arequipa: A Fusion of...
The Complete Travel Guide to Visiting Arequipa: What...
Pezcadores: Delicious seafood off the beaten path in...
Peruvian Recipe: How to Make a Warm and...
7 Attractions in the Amazonas Region of Peru...
Home Traveling in Peru The Complete Travel Guide to Visiting Puno, Peru
Traveling in Peru 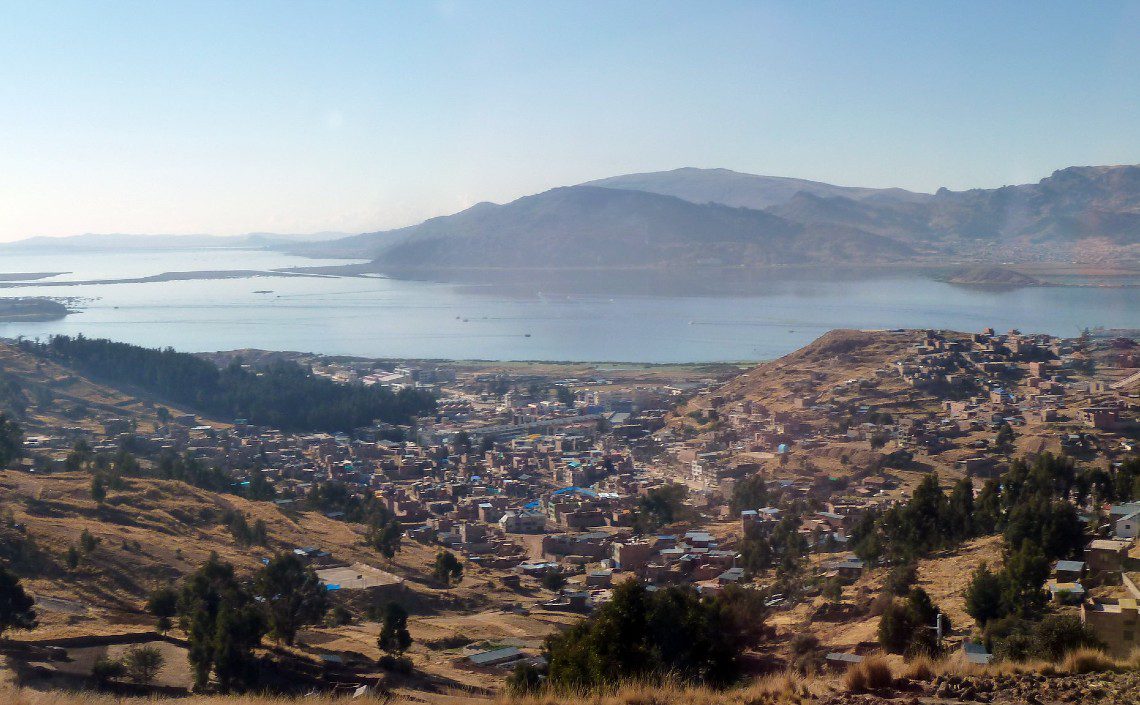 Before visiting Puno, learn about all that the city encompasses to get the most out of your trip. Let’s head south and dive into Peru’s folkloric capital!

Just as the city of Cusco is the gateway to Machu Picchu, visiting Puno is a must for travelers planning to experience southern Peru’s other stellar natural wonder: Lake Titicaca. And while the ancient lake is incredibly still, the nearby city—known as the Folkloric Capital of Peru—is often in motion due to frequent cultural celebrations and traditions.

Resting on the shores of Lake Titicaca in southeast Peru, Puno is a mere 5-hour bus ride from La Paz, Bolivia (132 miles, or 213 kilometers), located on the eastern side of the lake. The city is the capital of the synonymous highlands region, which holds importance for its agricultural and livestock industries. As a matter of fact, the biggest alpaca genetic reserve can be found while visiting Puno.

While many travelers associate high altitude cities in Peru with Cusco (3400 masl), Puno is situated some 400 meters above its northwestern neighbor. In fact, Lake Titicaca, considered the highest navigable lake in the world, rests at 12,510 feet (3,812 masl) while Machu Picchu stands at 7,972 feet (2,430 masl). While visiting Puno you will likely experience the thinnest and driest air in all of your time in Peru—so be sure to take it easy upon arriving by walking slowly, eating light and drinking plenty of water.

Customize your trip to Puno with us, click here.

Though seemingly worlds away from Peru’s capital city Lima (where the country’s sole international airport is located), Puno is actually quite accessible. Travelers have varied options to suit their taste and budget. The availability and ease of transportation has likely been a driving force of why visiting Puno is often done immediately before or after a trip to Machu Picchu.

The fastest option is of course by plane. A 1.5-2 hour flight from Lima to Juliaca (a city located in the Puno region) is followed by a one-hour private transfer or taxi ride to the city of Puno. Currently, there are no direct flights offered from Cusco to Juliaca.

So what are your options if departing from Cusco to Puno?

While a bus ride from Lima to Puno is a full day trip, the ride is cut down to just 7 hours when departing from Cusco making it a bearable and cheap option for travelers.

For those in Cusco seeking comfort at its best, take a 10.5-hour scenic train ride over the Andes with Peru Rail or the luxurious Belmond Andean Explorer.

Although the Sacred Valley of Cusco is known as what was once the heart of the Inca Empire, the origin of the distinguished ancient culture may be traced to Puno’s Lake Titicaca. According to one (of many) origin myths, it was from the waters of the grand lake where the first Inca, Manco Capac, and his wife, Mama Ocllo, emerged.

Perhaps it is historical elements like these that make the spirit and culture of Puno city so palpable. In fact, the city, founded in 1668, is often referred to as the folkloric capital of Peru for its numerous religious and cultural festivals and contributions to national music and dance.

When to go in Puno

Like its elevation, the climate in Puno can be quite extreme all year round—so you’ll either want to plan on visiting Puno on the same trip as your Machu Picchu adventure or based on the date of the cultural activities you wish to experience.

From December to March, the heavy rainfall can make the city less than desirable, however the annual festival La Fiesta de la Virgen de la Candelaria (more commonly referred to as simply Candelaria) held at the beginning of February is worth putting up with the wet weather. Recognized by UNESCO as a piece of Peru’s intangible cultural heritage, the parades, fireworks, dancing and drinking never seems to stop during the two-week festival.

During the first week of November, the vibrant Diablada festival captivates with the spectacle of dancers wearing demonic masks moving to traditional Andean music. Coinciding with the city’s anniversary month, the festival also includes an impressive reenactment of the rise of Manco Capac and Mama Ocllo from the waters of Lake Titicaca.

What to see in Puno

Visiting Puno is synonymous with visiting Lake Titicaca, its magical floating islands and people—but here’s what to do with an extra day or two in the city.

Located in the city’s main plaza, the cathedral was built in 1857 and ranks as a minor basilica. Also known as Catedral Basílica San Carlos Borromeo, the Andean Baroque structure has two towers flanking the entrance which, upon closer look, is surrounded by detailed stonework. While the interior is not as elaborate as other churches in Peru, there are paintings to admire and a domed altar space.

For a singular view of the highland city and Lake Titicaca, head to this lookout point just 20 minutes by car from the city center. Just as many of the local reed boats display the feline’s head, this site is marked by a giant puma statue—likely chosen as the Quechua words “titi” and “caca” mean puma and mount, respectively.

Less impressive but easier to get to by foot is the viewpoint Cerrito Huajsapata, located just a few blocks behind the main plaza.

Built of carved stone, this arch was erected in 1847 by locals in memoriam of those who fought for the nation’s independence in the battles of Junin and Ayacucho (1824). The project was solicited by General Alejandro Deustua, hence its name.

Located in the Independencia neighborhood (just north of Parque Pino, or seven blocks from the main plaza), the archway has gained some decorative elements along the years, such as the national shield and inscriptions that tell of its history.

Stroll along this lakeside walkway for one last gaze across the still blue waters of Lago Titicaca. Less than 10 blocks from the city’s Plaza de Armas, you’ll stumble across the pre-Incan astronomic clock, intihuatana—a name you may remember from or will soon come across at Machu Picchu.

For a full-day trip outside of the city, head an hour southeast of Puno to reach what has become known as “the small Rome of South America.” There, in the remote town of Juli, you will witness some of the most impressive colonial churches in all of Peru—some of which have been turned into museums.

Because of the extreme altitude, travelers visiting Puno are strongly advised to avoid consuming heavy foods and alcohol, especially upon arrival. Luckily, there are amazing soups to sample at nearly any of the local eateries, as well as a few other star flavors to taste:

Introduced to the lake in the 1930s to create economic opportunity and boost local food supply, fresh trout dishes abound in Puno—and there’s nothing fresher than a ceviche de trucha. The exquisite pink meat of the trout is mesmerizing—almost enough so to make us forget that the invasive species is causing problems back in the waters of Lake Titicaca.

Every highland region in Peru is sure to have a corner store or street vendor selling the fermented corn drink known as chicha de jora. And yet, in no two cities will you try the beverage and experience the exact same taste due to varying methods and climates.

This typical soup is packed with ingredients, and is enjoyed by locals before or after a hard day’s work. Lima beans, ground beef, diced veggies and more swim in a hot caldo full of nutrients thanks to the addition of chuño: dehydrated, frost-resistant potatoes.

Where to stay in Puno

On every travelers’ to-visit list while in Peru, the city of Puno and Lake Titicaca offer a diverse range of accommodations for every budget. Here are some of our favorite places to stay while visiting Puno:

Have more questions about visiting Puno? Looking for the best package rates on flights and hotels? Contact us [email protected].