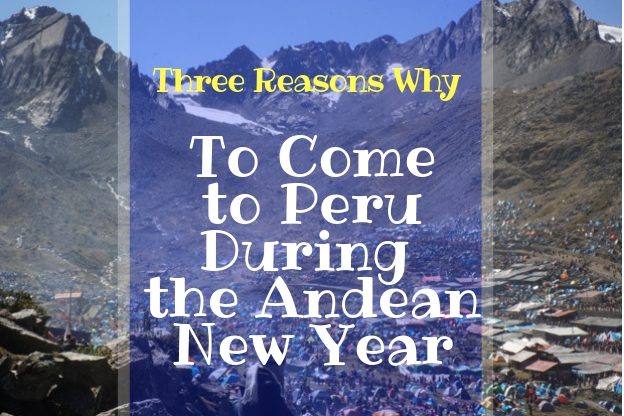 If you are planning ahead to make a trip to the Peruvian Andes, you cannot go wrong for organizing your visit with dates that coincide with the winter solstice (summer solstice in the Northern hemisphere). In this time of year, you’ll find the mountains alive with energy. Here are several traditional ways that you’ll be able to connect with the Andes.

Take Part in an Offering to Pachamama, Mother Earth

The trek to Salkantay, a mountain rising to 6271 meters in the Vilcabamba Range (Cusco), is not an easy undertaking. Nevertheless the experience is so intense that anyone who has the physical strength, the desire and the time available, should add it to their itinerary.
You leave Cusco for the village of Mollepata and from there to Cruz Pata and Soraypampa (3850 meters) The route to Pampa Salkantay is more arduous and passes close to Mount Humantay before reaching the highest point: the Salkantay Humantay pass, at 4500 meters, from which some imposing glaciers can be seen. Here, by Lake Humantay, is where a traditional ritual of thanks to the gods takes place. The tribute to Mother Earth is the responsibility of the community of Quero, a village near to Ausangate, which is considered the last bastion of the Incas and is part of the Cultural Heritage of Peru. The people of Q’eros have chosen to maintain the culture, farming techniques and customs of the Inca Empire up to the present day. The descent to Santa Teresa and Aguas Calientes —now Machu Picchu Pueblo— begins at last, for a visit to the sanctuary of Machu Picchu.

The most important festival during the Inca Empire was Inti Raymi, in honor of the Sun, the Incas’ most important deity. It began during the reign of Pachacutec and is celebrated at the beginning of the winter solstice (June), when the sun is farthest away from the earth; that was also the end of harvest time, a sort of new year.
Today history repeats itself thanks to a historical reenactment developed by Faustino Espinoza Navarro, an expert in the Quechua peoples, and historian Humberto Vidal Unda based on the Comentarios Reales de los Incas by Inca Garcilaso de la Vega (1612). It is held on the 24th of June (Farmer’s Day) and Cusco celebrates a work that involves around 600 actors in a spectacle of color and dance. The celebration starts in Coricancha, then moves to the Main Square and ends in Sacsayhuaman with the central ceremony. 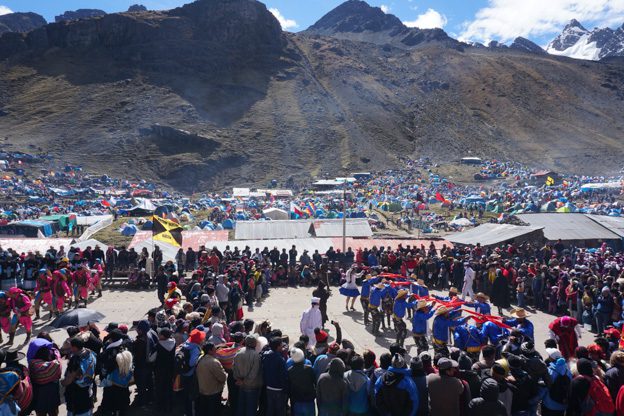 This is one of the most traditional festivals taking place in the areas of the ancient Inca empire. This impressive gathering of many tens of thousands of people takes place in a high Andean isolated area near Apu Ausengate. It takes place every year at the end of May. Though the festival now is controlled by imposed beliefs from the Catholic church, it has a very indigenous origin related to the stars, and to ancient mythologies related to the winter and the dry season.
There are many tours that you can book in order to go to Q’oyurriti, but you can also make the trip yourself. In order to get to the pilgrimage site, you need to get transportation to the town of Mahuayani, which is about 3 hours from Cusco. And during the times of the festival, there are frequent transport options.
Once you get to Mahuayani, you will need to walk 8 km to get to the pilgrimage site. Be prepared for extremely cold weather, many people, and music and dancing that lasts all night long.

A 24-HOUR TRIP FROM CUSCO TO SEE THE SUNRISE AT TRES CRUCES
PUNO: ANDEAN NEW YEAR CELEBRATION SOON TO BE REVEALED TO WORLD
PAYING HOMAGE TO THE SUN IN PERU

Join our Patreon Community to support more content like this, and help us promote all the great things Peru has to offer!
andean new yearAndesinti raymipago a la tierraqoyurritisolsticetourismtravel to Perutravelingwinterwinter solstice
FacebookTwitterWhatsappEmail