Vivir Ilesos confirms its premiere in Peru for October 10 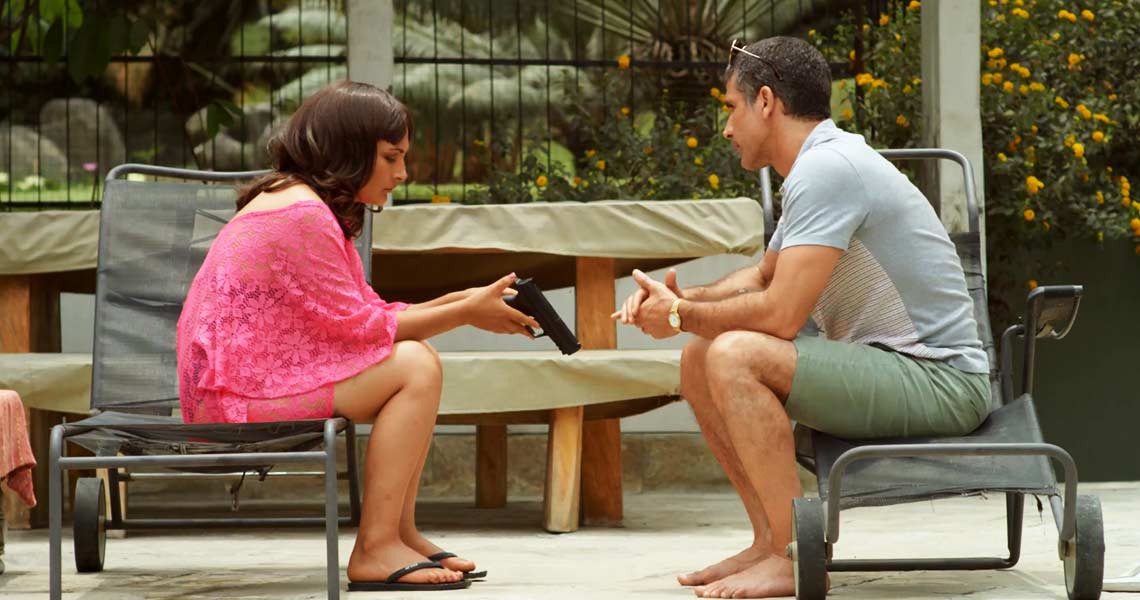 “Vivir Ilesos”, the new psychological thriller, written and directed by Manuel Siles, which brings Magaly Solier back to the screens in a totally different character from the ones he has interpreted so far, confirmed its premiere for October 10.

“Magaly Solier plays Lucia, an inexperienced and naive scammer, who believes that stealing is an easy solution to her problems”, a press release revealed. “She and her boyfriend Alberto (Oscar Ludeña), pretend to cheat a man with economic power and seemingly harmless, embodied by Renato Gianoli, buying him a camera with fake money, but when it seems that the plan has worked, everything takes an unexpected turn”, they continued.

According to the director of the film, Manuel Siles, “Vivir Ilesos” is above all “a trip to the darker side of the human soul”, the press release said, adding that it is also a metaphor of a system that proposes a life where women don’t have economic problems.

“‘Vivir Ilesos’ is a work awarded by the Ministry of Culture, winner of the 2018 National Feature Post Production Post Competition. It is a production of Luna Pintada Producciones in association with Cine Bruto and Perfo Studio, with the general production of Mariví Mujica, distributed by V&R Films,” the press release informed.

Uyway (The Seed): A Film About the Importance of Potato Seeds in Preserving a Way of Life

How to Experience Peru From Your Home (Updated)

Uyway: A Film About Preserving a...

Peruvian Movie Retablo Arrived At Its...