Top Stories
The Complete Travel Guide to Visiting Puno, Peru
Video: CNN Reports on Chinese COVID-19 Vaccine Trial...
Salchipapa: A Peruvian Street Food Staple
Travel Updates: Coronavirus (COVID-19) Outbreak in Peru
The 3 Types of Andean Meat You Must...
Kuelap: What You Should Know Before Visiting the...
Machu Picchu Reopening Makes It the Second Most...
Chinocharapa: A Peruvian Mix of Asian and Amazonian...
Limaná: Indulge in a Healthy, Fine Dining Experience...
A Visit to the Ancient City of Caral,...
Home Archaeology Warriors of the Clouds (Short Fiction)
ArchaeologyChachapoyas - Kuelap

Warriors of the Clouds (Short Fiction) 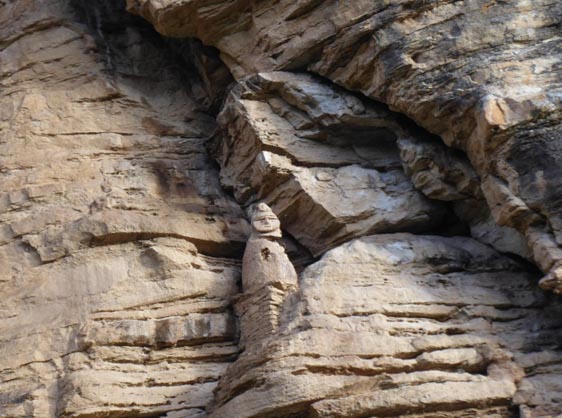 This engaging short story about visiting Chachapoyas explores the ‘warriors of the clouds,’ and the mystery of love.

Pedersen was not a well man. Out of sorts, heart-broken, call it what you will, he possessed enough knowledge of human biology – and of himself – to know that something had to be done. His old friend, Doctor Magiels confirmed his diagnosis.

“There is nothing in my medical armoury that can help you, Pederson but what I can advise is complete rest, away from all this…” he said pointing towards the city skyline,

“… and time to recharge your batteries, recover your joie de vivre.”

As he bade him farewell, he patted him on the shoulder.

“And try and forget her, Pedersen, focus on the future. Go well my friend, go well.”

Which he did. Another colleague from way back, Jorge, owned one of those renovated hacienda hotels outside Chachapoyas in the north of the country. As well as developing the hacienda, Jorge had built for himself a fine Scandinavian-style house not far from the hotel.

“Take the place for a week,” Jorge had said.

“I never get to use it much. I’ll let the hotel manager know you’re coming. Pick up the key from reception plus a couple of bottles of good red and any other provisions you need, and you’ll want for little else.”

Before he ended the call, he added with a laugh,

“Remember Pedersen, they’ll be watching over you, the warriors of the clouds, not that you rationalists have much time for these things.”

It was a long drive, but on arrival he was rewarded by the sight of a large wood and glass chalet built on stilts a few feet away from the fast-flowing Utcubamba river. On the other side of the river, sheer limestone cliffs soared up into the sky. As he parked his car, he noticed a modern swing bridge that gave access to the other side of the river.

He slept well and woke early. After a simple breakfast, he walked along the riverbank to the swing bridge and made his way across the river. Far above him a green jay swooped and soared as if encouraging him to climb higher, up into the clouds.

Pedersen squinted into the sun. Damn, another walker coming along the narrow path towards him. So much for peace and quiet and getting away from it all. As she drew closer, he noticed she was wearing a bright pink shirt, her blonde hair pulled back into a ponytail.

But Pedersen prided himself on his sense of curtesy, and the respect fellow walkers have for each other. He stopped to let her pass.

“You must be staying at the big house?” she said with what he took to be a soft American accent.

“Just for the week. I’m trying to complete an article for a Canadian magazine. Deadlines looming, you know the kind of thing.”

He said he did. Part of what had driven him and Nancy apart had been, what he liked to call, his work ethic, but what he saw too late was a gradually dying love for her.

His curiosity overcame his sense of politeness.

“What’s the article about?”

She pointed back the way she’d come.

“The sarcophagi of the Chachapoyas. There’s one back there, high up.”

She then told him about the Chachapoyas, the warriors of the clouds, who buried their dead within a sarcophagus and then placed it high up on a promontory, looking out as a guardian of the people below. The dead, she said, were placed inside in a foetal position ready for their re-awakening. She smiled as she spoke, telling him about the defeat of the Chachapoyas at the hands of the Inca, their magnificent fortress at nearby Kuelap, and the faith they placed in the eternal cycle of life, death and rebirth.

“Some say they continue to look down on us,” she added, stepping past him and making her way down towards the swing bridge and her hotel.

“Routine,” Magiels had said, and so routine it was.

Breakfast, the circular walk up towards the sarcophagus, and then back down through the cloud forest brought Pedersen a sense of peace, a feeling that his life was returning to something like it once was. Evenings were spent sitting on the terrace deep in thought, accompanied only by the roar of the river and the occasional cry of the green jay circling high above him.

On his final night he sat with his glass of red and looked out across the river towards the limestone cliffs. He thought of Nancy, and then for some inexplicable reason, the passionate Canadian and her looming deadlines. He hadn’t seen her again which was probably just as well. As he sipped his wine, he glanced up towards her warrior in the clouds and thought, for a moment, he could see a faint glimmer of light shining from the head of the sarcophagus. A trick of the moonlight probably or more likely the result of one glass too many.

He slept fitfully that night, the river rising and falling as he gripped the underside of the swing bridge, caught up in a vortex of water, the roaring current dragging him downstream, his cries for help drowned out by the screech of the parakeets and the singular, mournful cry of a green jay.

He awoke surprisingly refreshed; the terrors of the night banished by the warm sunshine of the morning. He packed his few clothes, binoculars, his ‘Birds of Peru’ guide, camera and phone. He had brought little with him but was leaving with a lot more. Peace of mind, an inner calmness, and more importantly, a renewed sense of optimism. Magiels and Jorge had been right. It had been good to come but now it was important to return.

He backed the car out of its place beneath the tress and drove slowly towards the hotel and the road back to the capital. At the hotel entrance he saw her standing by the side of the road. She was wearing the same pink blouse and a hat to shield her from the sun. At her feet was a large backpack. He slowed down and lowered the window.

“I’m waiting for a taxi to the airport at Jaen. Hopefully it’ll come soon, or I’ll miss my flight back to Lima.”

Pedersen thought for a moment, remembering the importance he placed upon curtesy and kindness. And anyway, he’d enjoy the company.

“I can take you all the way if you like. Longer I know, but a chance for you to tell me more about that article of yours,” he said with a smile.

She laughed and returned the smile.

“At least it’s got written. And I promise not to bore you for the whole of the journey.”

He climbed out of the car and helped her lift the rucksack into the boot. Before she climbed into the seat next to him, she raised her binoculars towards the limestone cliffs.

“Saying goodbye to my Chachapoyas warrior,” she said, as she tossed her hat onto the back seat of the car.

High above the Utcubamba river, the warrior of the clouds looked down upon his realm. A green jay circled high above; its call lost amidst the roar of the river, its cry – like love – appearing and then dying and then being reborn.

Find out more about my work

If you like what you’ve read, and would like to read more, don’t forget to check out my recent novel ‘Purely Academic,’ which is available now on Amazon.

chachapoyasfictionwarriors of the clouds
FacebookTwitterWhatsappEmail

Have You Heard About the New Nazca Lines Recently...

Kuelap: What You Should Know Before...

Gran Pajatén: The Ancient Ruins so...

These Are the Top 5 Destinations...