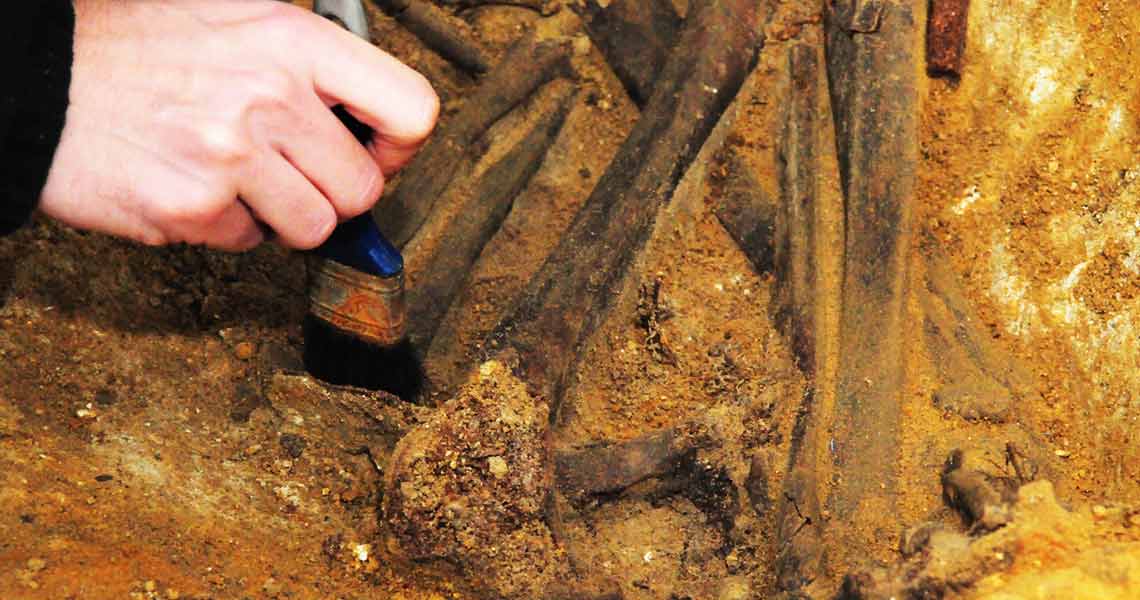 The ceremonial center Campanayuq Rumi, more than 3,000 years old was discovered in the district of Vilcashuamán, Ayacucho, by Peruvian and foreign archaeologists. It is one of the largest and most important at the beginning of civilization in the central and southern highlands of Peru.

“The specialists found on this site a circular plaza of 14 meters in diameter and 1.5 meters deep. This has two opposite staircases that connect with low platforms carefully paved and decorated”, according to Perú 21.

In the center of the square, a sacred huanca is seen, which is considered an object of veneration, for which various sacrifices and banquets were performed. It is also believed to be an element related to astronomy.

“Yuri Cavero, an archaeologist at the National University of San Marcos and national director of the Campanayuq Rumi Archaeological Research Project, explained that the plaza is the only one with that kind of ceremonial architecture in the whole central and southern sierra, and only compares it with the of Chavín de Huántar, Pallka and Huaricoto, in Áncash; and Kuntur Wasi, in Cajamarca”, Perú 21 wrote.

Join our Patreon Community to support more content like this, and help us promote all the great things Peru has to offer!
archaeologyAyacuchocampanayuq rumi
FacebookTwitterWhatsappEmail

Carnaval Season in Peru: These Cities...