Andahuaylas: Must-See Hidden Gems in the Andean Plains of Peru

Andahuaylas’ diverse landscape is home to picture perfect lakes, Inca ruins, a 16th century festival, and a rock forest that will amaze you. Read this one traveler’s journey through this land of contrasts and wonders.

Herds of pigs roll in the patches of mud along the road, while a pair of bulls lock horns in a battle for supremacy, their shepherdess tossing stones in a vain bid to separate them. Nearby, a group of peasant farmers are preparing huatia, the age-old Andean tradition of roasting tubers. Around us stand wattle huts called chucllas, where the shepherds sleep, cook and store their food. The landscape is impressive, the air is thin, and it is here that life begins for the inhabitants of Andahuaylas.

Parccococha is one of the six lakes that form the Chumbao River, and thereafter is a 15 kilometer valley which is home to Andahuaylas, Talavera and San Jerónimo. Its blue waters are filled with trout and silversides, introduced by state programs. Fishing enables the shepherds to carry their diet. The shepherds spend their lives amidst these plains of yellowing ichu grass, home to foxes, partridges and añases (a type of skunk).

Some 70% of the inhabitants of Andahuaylas make a living from agriculture and livestock. Most families own a plot of land which produces food for their own table, plus sheep, cows and pigs which provide milk or are sold at the Sunday fairs. Some own horses and llamas which are reared in the highlands, running almost wild, grazing on the clumps of ichu grass, one of the few species that can grow at 4,000 meters.

Chumbao Valley, which is home to Andahuaylas, Talavera and San Jerónimo, ranges in altitude from 2,000-3,500 meters, and boasts a mild climate with summer temperatures of 25°C, making its land ideal for farming. In the past, Andahuaylas was considered the country’s most important potato-producing province. However, it is an impoverished region, as is the entire department in general. Official statistics show the Apurímac to be the country’s second-poorest department. Terrorism in the 1980s hit this region hard, and the inhabitants’ poverty contrasts with the agricultural and tourist potential of its impeccable geography.

Andahuaylas is teeming with tourist attractions. The sight of Lake Pacucha, just 16 km from the city, is a picture postcard memory that visitors will carry away after leaving this area. The temperate climate afforded by its altitude of 3,000 meters mean that the turquoise waters of the lake are surrounded by trees, crop fields and totora reeds, which hide ducks, gulls and the occasional visiting flamingo.

Just 2 km from Pacucha lay the ruins of Sóndor, a 500-year-old Chanka (a Quechua ethnic group) citadel where the Incas also left their mark. The citadel was the site of a long-running war between the two tribes, who battled each other for the control of the valley of Chumbao and most of the southern Andes.

Every year for the past three years, since work was finished on the restoration of the ruins, the local authorities hold the Sóndor Raymi festival on June 19, involving 600 actors to bring the great Chanka epic tale to life: from their mythical origin in Lake Choclococha, Huancavelica, to the departure of Anqohuayllo and his warriors to conquer Cuzco.

The truck takes us to a remote village hidden amongst the hills on the right bank of the Pampas River. This is Cocharcas, a cluster of 40 mud-brick and tile houses some 70 km from Andahuaylas, in the province of Chincheros. For most of the year, the place is empty, but every September 8, the streets teem with pilgrims who flock here to render homage to their patron, the Virgin of Cocharcas.

Hats and pollera skirts abound on this packed earth plain which is the main square of the village. Some farmers have dressed in their Sunday best, but most come dressed in their work clothes. Additionally there are city folk from Abancay and Andahuaylas; young laymen hand out religious stamps and sing hymns. It is mid-morning, and the main. Mass has begun.

Adrián Carlos has been a quimichi all his life. He has walked across the entire country, blowing on a chirizuya flute, accompanied only by a tiny image of the virgin. Quimichis are pilgrims who visit other cities collecting money for the care of their patron virgin, following in the footsteps of Sebastián Quimichi, who in 1598 brought a replica of the Virgin of Copacabana to the poverty-stricken village of Cocharcas. “We’re like a Masonic lodge,” Adrián says. “To be chosen, you have to be devout. In the old days, the quimichis used to walk as far as Bolivia, but these days we’re limited to Cuzco and Ayacucho. We have to work and take care of our families; we can’t go so far away these days.”

The image leaves the imposing stone church. The city’s faithful surround the litter, and the Bishop of Abancay heads the procession. The farming folk walk behind, on both sides, while some look on from further away and make the sign of the cross in front of the plaster figure which is borne aloft amidst the dust and the psalms. We spot the quimichi Adrián carrying a candle, mingling with the other villagers. The gnarled pisonay tree in the square rustles its leaves, and we, mere observers of the religious fervor of the others, hope that the afternoon will provide good weather for the return trip.

Pampachiri: Manes in the wind

The final day is the longest. We are headed for Pampachiri, in the far south of Andahuaylas. Some 120 km from the province, following the road that leads to Puquio (Ayacucho) is the unassuming capital of this district, just a few minutes away from the Chicha River. It is a wild land, with gusting winds, barely inhabited by a handful of farmers and shepherds.

Pampachiri is part of a series of villages that line the banks of the Chicha River, and which are linked by a long-running history. Both Pampachiri and Pomacocha (Apurímac) as well as Soras, Larcay and Lucanas (Ayacucho) made up the Chanka Confederacy at the peak of its expansion drive. The area 440 years ago was the site of Taky Onkoy, an indigenous resistance movement against the Spanish Conquest which used song and dance forms as a way of preserving their worship of the Andean deities.

We snatch a bite in the village and set off for the mountains. We have been told of a fabulous set of natural rock formations a three-hour horse ride away. To reach this spot, visitors have to plod up a track that has been churned into mud by the rains. It is no easy climb, but the spectacular landscape takes one’s mind off the climb.

The Chicha watershed forms part of a geological fault that divides the southern stretch of the departments of Apurímac and Ayacucho. Over the years, the torrent has carved out a beautiful valley some 15 km long, ideal for adventure sports such as trekking, rafting, climbing and parapente.

The area is home to superb woolly horses, galloping over the high Andean plains. “They all have an owner,” says Timoteo Alarcón, our guide in Pampachiri. “Each villager has some 20-30 horses. They let them roam freely across the plains and only bring them in for branding.”

To do so, one has to surround one of the foals to draw it away from the herd. It is an exciting spectacle to watch.

“There must be some 20,000 horses roaming around Pampachiri,” calculates Timoteo. “Each village owns around 1,500 horses, and there are 14 villages.” The local farmers also own llamas, sheep and cows. In these arid lands, the local economy depends on the livestock. “One can sell a good horse for some 200 or 300 soles (average USD $85). And people sell them every now and then. That’s why this area is so poor.”

Rock formations along the way

“It’s not far now,” promises Timoteo, but at this stage of the game, it is hard to believe him. We lost sight of the Chicha Valley a long time ago, and all we can see now are desert-like pampas. “It’s just over that hill,” our guides lie blatantly, because there is no sign of the famous rock formations. We climb one last hill, head down a trail and finally, there they are, the natural stone formations, an impressive sight.

There must be hundreds of them, bizarre hunks of alkaline stone, rearing up 4-5 meters high, across an area of 3 square kilometers. The locals call them paredones, but no one seems to know how they were formed. Some believe the stone formations were created by water erosion millions of years ago.

“This wonder is enough of an attraction to bring hundreds of visitors,” we tell Timoteo, but he does not look very convinced. He has run around the paredones since was a boy, but has never seen tourists, only a handful of road-building engineers who visited the site after being pointed the way by local farmers. But not tourists. “Do you really think they’d come?” “Of course, this place is exceptional,” I insist, and Timoteo just stares at us, with that innocent air so typical of many Andahuaylas folk unaware of the tourist potential that their noble land features.

Editor’s note: There are now a few tour agencies offering trips to the Pampachiri rock formations in Andahuaylas.

This article has been updated from its original publication on September 27, 2006. 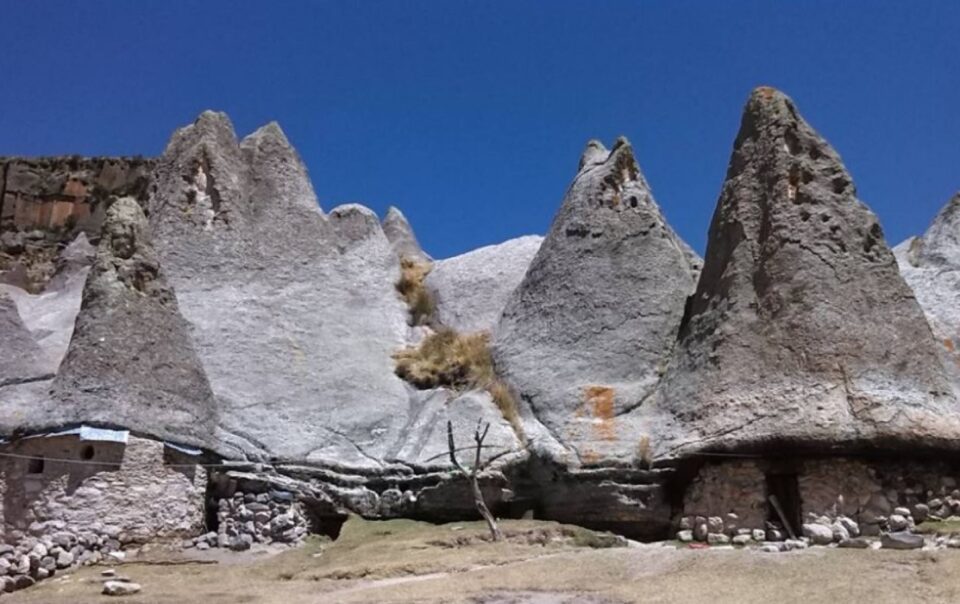 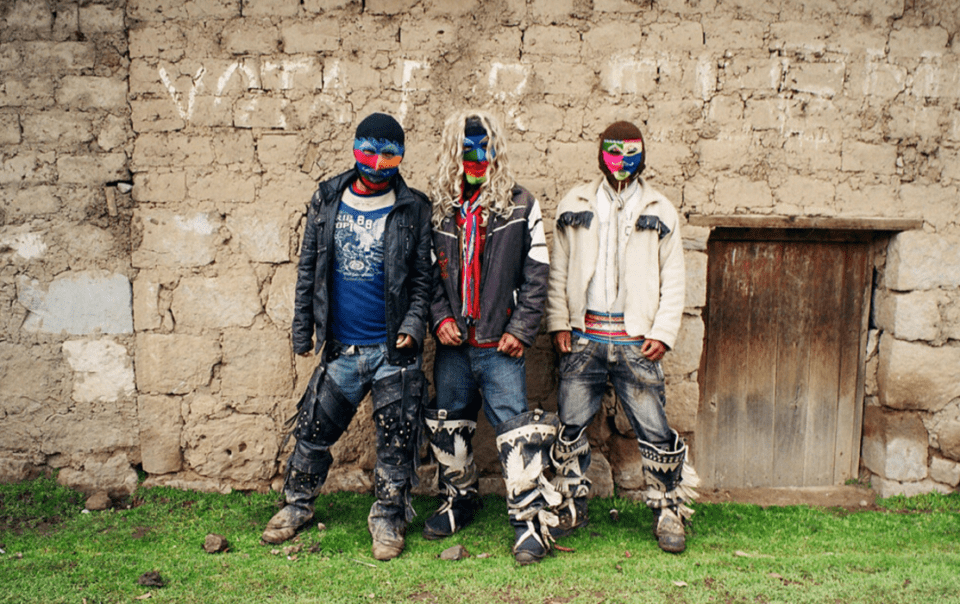 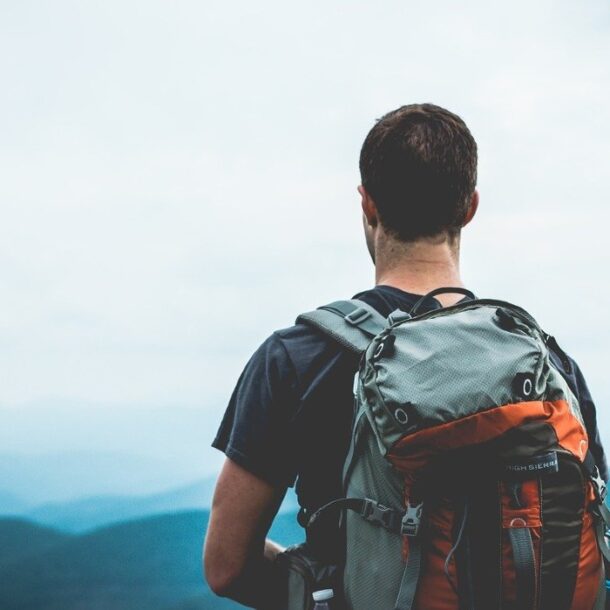 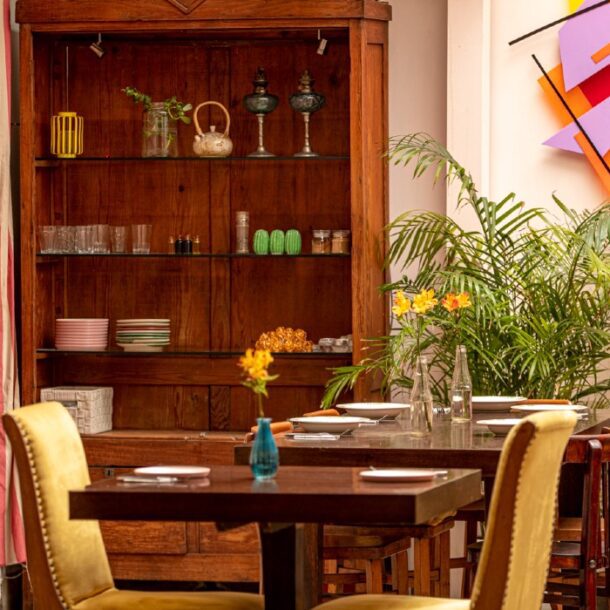 How to Support Local Restaurants in Lima During Lockdown
Next Article