Huachuma is the Quechua word for the Andean plant commonly known as San Pedro cactus. Learn about its ancient and modern uses as a psychedelic natural medicine.

Native to the Andean mountain range of South America, huachuma (Echinopsis pachanoi) is also known as San Pedro (Saint Peter) because it is said to be the key that opens the gates of heaven. With its potential to catalyze deep healing at many levels, both for individuals and societies, it is a “teacher plant” that has much to offer those looking for a profound entheogenic experience.

Huachuma is a tall columnar cactus related to Peyote (Lophophora williamsii) and contains the same psychoactive hallucinogenic ingredient (mescaline). Peyote is widely used by various tribes in Northern Mexico as well as the Native American Church in the United States to produce a visionary state where profound introspection takes place. While Huachuma has been off the radar for many people – even within the plant medicine world – the fact that Peyote cactus is endangered and hard to come by is opening up a new opportunity for Huachuma to play a key role in conscious evolution as a powerful psychedelic natural medicine.

“I encourage people to use huachuma over peyote for one crucial reason: Peyote is highly endangered, only grows inside its native range, and is extremely slow growing,” says Scott Lite, an ethnobotanist based in Cusco, Peru, who studied and has worked intensely with huachuma for the last 12 years. “Huachuma, however, is common in its native range, grows in abundance,” and it grows fast, he says.

Lite is the founder of the Ethnobotanical Conservation Organization (EthnoCO.com), which offers workshops, classes, and trips into indigenous areas of the Peruvian Andes and Amazon, and shares information about medicinal and other useful plants through its Facebook page. He also hosts huachuma ceremonies and says mescaline is different than other hallucinogenic substances in some subtle but important ways.

What are its properties?

“Make no mistake, San Pedro can produce visions just like ayahuasca can… At lower doses, it has the feel-good happiness of MDMA, with a ‘shroom-like quality of feeling like a child while at the same time being slightly less scary, less jarring, and more loving than either aya or mushrooms.”

Because it is a bit gentler than many of the other plant teachers, huachuma has earned the nickname “The Grandfather” around the medicine community. Mescaline itself is nontoxic. And, while there are few studies done on huachuma itself, a Harvard Medical School study that investigated the long-term effects of regular peyote use among members of the Native American Church found “no evidence of psychological or cognitive deficits” at all.

Because of its unique pharmacology and gentle action, as well as its abundance and ease of preparation, huachuma is a standout for those who want to explore plant medicine for self-healing.

“While DMT and psilocybin are powerful hallucinogens, they are not as powerful empathogens [drugs that make you feel empathy] as mescaline,” says Lite. “Mescaline—whether San Pedro or peyote—could be great for people with PTSD, deep guilt, or other personal issues that require a gentler and more ‘loving’ compound than DMT, LSD, or psilocybin.”
Because of the lack of studies on huachuma, however, we are going to have to dig deep into the past to uncover this sacred cactus’s true potential to help heal humanity and the world.

Unraveling the Mystery: Huachuma and the Creation of Andean Civilization

Sitting in the shadows of Central Peru’s Cordillera Blanca—the world’s highest tropical mountain range—lie the ruins of Chavín de Huantar, the religious focus of the Chavín. The first developed Peruvian civilization, Chavín laid the groundwork for all Peruvian civilizations to come. The Chavín not only produced the first distinctive artistic style in the Andes region, but also a spiritual belief system that would become the foundation for complex cultures to come, including the Inca.

Huachuma played a central role in the Chavín culture, which lasted from roughly 1500 to 200 BC. In fact, the hallucinogenic may have been what actually inspired the complex civilization to develop in the first place. At the heart of the entire society’s religious and political organization was an elaborate huachuma ritual, which was performed at the main temple of Chavín de Huantar.

It is the real Temple of Doom; the one in Indiana Jones is based off of Chavín itself,” Lite explains. He says the priests would give the people “tons of San Pedro and send them through underground labyrinths. The priests would blow pututus [shell horns] and whisper creepy or spiritual stuff while the person walked through the labyrinth in the pitch black.”

Not unlike the ancient Greek (1200 BC to 323 BC) Eleusinian Mysteries initiation rites, which some scholars say involved psychedelic substances, the ritual was designed to open up common inhabitant to a sacred worldview that served to hold together society.

Participants under the influence of San Pedro spent hours wandering the dark maze, explains Lite, until they rounded a corner and saw the sun shining through a hole in the roof and onto a 15-foot high monolith—the Lanzón, carved to resemble a fanged god covered in snakes.

Simultaneously pointing up and down in the classic “as above, so below” gesture that is also a common motif in Ancient Greece, the Lanzón represented the merging of heaven and earth. Seeing it was the culmination of the psychedelic huachuma initiation rite; it served to instill in people a fearlessness of death as they realized they were immortal souls in mortal bodies.

While the shamanic priests who performed these rituals were “extremely powerful,” according to Lite, their power was based in “religious awe, not military might.” In fact, there is little evidence for Chavín military organization. Shamanic priests, not kings, were involved in the governing of the society, which developed art and trade to high levels of sophistication.  The priests expanded the civilization, to the Peruvian coast and north and south along the Andes, by converting people to their religion and sharing Chavín’s many cultural advancements, including the central ritual of ingesting huachuma cactus.

While Chavín eventually faded away, its culture was the foundation for later Andean civilizations. Archaeologists have found evidence of San Pedro use at many key ancient cities in the area. (Lite says it still grows near the Chavín de Huantar.) From ancient Bolivia’s Tiwanaku’s (200–1000 AD) , which depicts huachuma alongside ceremonial objects used to consume it, to textiles from the expansive Wari Civilization (600–1000 AD), which once spanned most of the modern Peruvian Pacific coast, San Pedro prominently figures in a spiritual context throughout the ancient Andean world up to the Inca, the last and largest of these complex civilizations.

When the Spanish conquered the Andean region, the time-honored and deeply foundational tradition of huachuma suffered a fate similar to the Eleusinian Mysteries, which some 1,000 years earlier had come to an end under Christianity: Huachuma use was driven underground. Its traditional use is now mostly concentrated in a mountainous and sparsely populated area of Southern Ecuador and Northern Peru, where indigenous groups like the Saraguro have kept the huachuma ceremony alive.

As mental and public health issues such as addiction, abuse, and depression (the latter now the number one cause of disability in the world, according to the World Health Association) begin to reach epic proportions in the developed world and the shadow of war now looms across the planet, a new “Psychedelic Renaissance” has bloomed. The psychologically and spiritually healing role of these sacred New World hallucinogenic plants is re-emerging. And it’s about time.

Ayahuasca from the Amazon rainforest, an area that was much more resistant to Spanish conquest and able to keep its shamanic traditions more intact, is leading the movement and has been found to be a potent therapeutic tool in everything from alleviating PTSD to lifting depression. But huachuma also may be able to play an important part in humanity’s healing, which we so desperately need right now.

According to a recently released study from the University of Adelaide in Australia, psychedelics are highly therapeutic for mental health issues because they facilitate an experience of ego dissolution and oneness with creation.

Undoubtedly, this was the experience at the core of the ancient initiation rites at Chavín as well as the Eleusinian Mysteries. While ayahuasca and other psychedelic plants like psilocybin mushrooms also induce a state of oneness, huachuma’s relative gentleness, special empathy-inducing properties, and history of use in complex urban environments uniquely poise the cactus to play a major role in conscious evolution.

“The ceremonies I run take place in the Cusco region of southern Peru at a special cave that the young Inca elite boys were initiated to be men at,” Scott Lite reveals. “We start with a passage called the ‘plant medicine sutra’ from a book called Zig-Zag Zen,” which combines psychedelic use with Buddhist perspectives. “We thank Pachamama [Mother Earth], the sun, the moon, the stars, huachuma itself and the Apus [mountain spirits], and then drink the medicine.”
“One by one, I sing, whistle, blow smoke, and clean the energy of each participant with my mapacho smoke and rattle. Then, alone, each participant walks through the last narrow part of the cave, in the river, through the darkness and into the light,” he continues.

“I try not to get in the way of the medicine too much, letting it do its own work.” Lite has consumed huachuma himself some 300 times and has led more than 200 ceremonies as part of the ecological and ethnobotanical offerings that he provides through EthnoCo. His experiences have led him to believe that this sacred plant medicine can help transform individuals and the world.

“Huachuma taught me to love myself, but above all, it taught me I am a warrior of light, one of the gardeners of Eden and [that] it is my Sacred Duty to protect our mother, Mother Earth, Pachamama,” he says. “It showed me how humanity could turn this Earth into a hell-scape, devoid of life, burned like a desert by mankind’s arrogance. It also showed me how we can turn the Pacha [Earth] into a new Garden of Eden with mankind as her stewards, dutifully protecting that which grows, crawls, swims, walks, or flies.”

Beyond the isolated misery of the ego lies the oneness with all things that is the core of not just the psychedelic experience, but of all the world’s spiritual paths. As a plant teacher that is still relatively unknown yet grows abundantly and is also relatively very simple to prepare, it is time for huachuma to come forth into the light itself.
Because true to its name, the San Pedro cactus just might hold the key to unlocking the gates of heaven, right here on Earth.

This article was originally published on Reset.me.

This article has been updated from its original publication on December 6, 2018.

SHAMANIC SINGING COURSE: GO DEEP WITH THE MEDICINES OF THE JUNGLE
MEDICINAL PLANTS FROM THE DEEPEST REACHES OF PERU
JILLIAN IN THE JUNGLE: PLANTA MAESTRAS 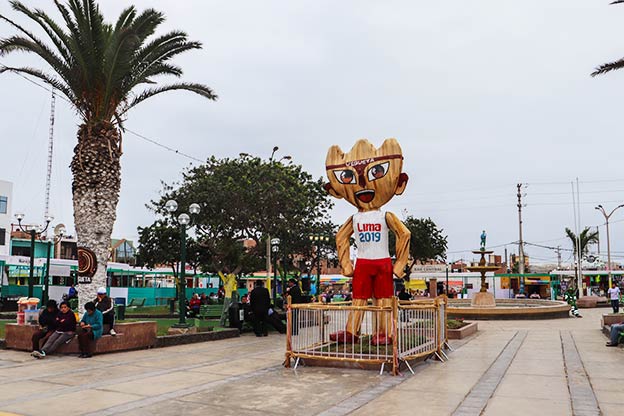 EsSalud Has Saved More Than 7,000 People With Organ Transplants 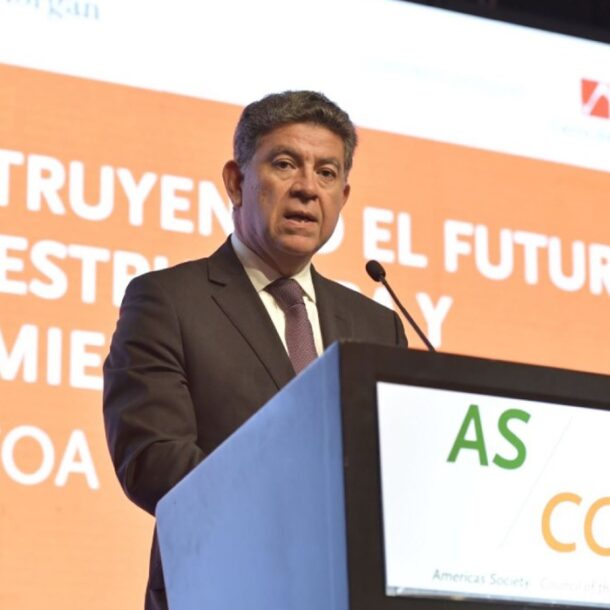 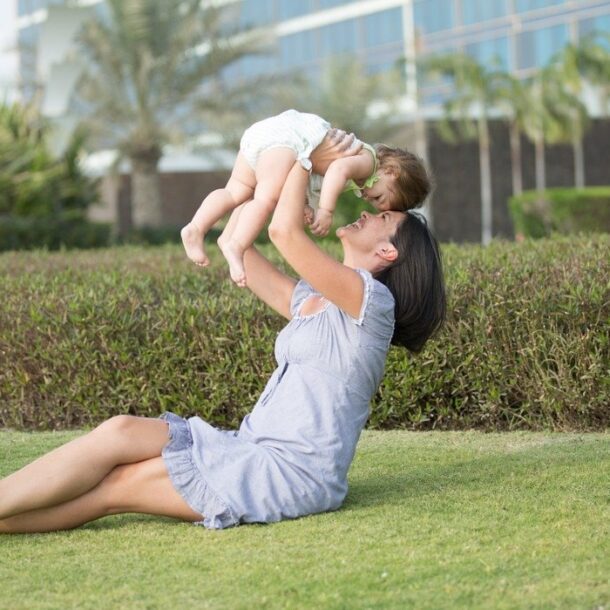