When Niki Coate came to Cusco eight years ago, she had a degree in journalism, a master’s degree in literature, a backpack and a ring in her nose. 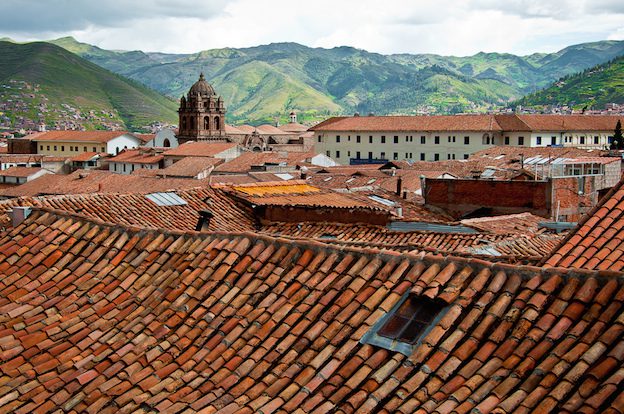 She also had a wide and genuine smile that enabled her to make friends easily. With friends, we went on a trip out of the city, and we certainly had a great time at night in the bars of San Blas. What Niki was certainly in no hurry to do was go home.
She spent her first three months traveling around Peru, but would inevitably return to Cusco. She had to go to the border to put her immigration status to rights before starting another three months, which is the time allowed on a tourist visa. Niki felt comfortable on the streets of Cusco. She felt inspired by the mountains, the mysticism of the Andes and the energy that emanates from this city as by few others or none.

Thus meditating, one day she realized she needed two spaces: one to live in and another to practice Reiki.

“I found a house in the end, but it was too expensive. So I started to rent rooms and people who came were dedicated to these healing arts. And that is how the Healing House came to be. A place where we practice different types of yoga, reiki, ecstatic dance, taichi and chi gong, among others, and where teachers of different ancient disciplines come to teach us”, she says.
Niki defines the Healing House as essentially a “house of light”, a center for the study and practice of ancestral traditions of wisdom. In its seven years of existence, the Healing House has become famous among visitors and residents; it offers a place not only for the communion of mind, spirit, and body but also for promoting a lucid and holistic lifestyle.
The energy of the city that captivated Niki, did the same to Jorge Cereceda, a young musician conceived in Rioja but born in Chiclayo. After a life of traveling around Peru, learning the mysteries of medicinal plants and the importance of local sounds and their close connection with the cosmovision of the Andes, he settled in the Sacred Valley. At home with his wife Magaly and children Mayu and Sol, he heads a project called Healing Sounds (Sonidos que Curan). 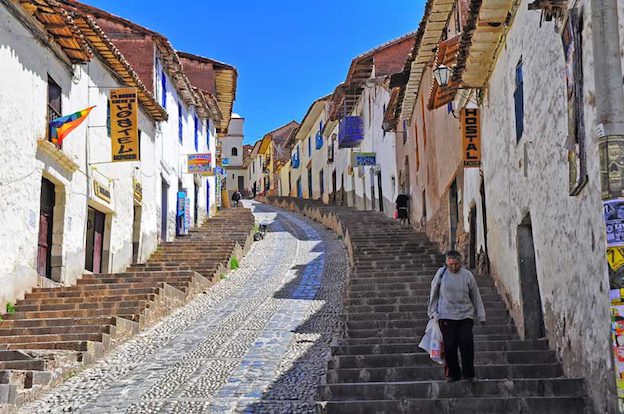 “It is a healing circle in which we use the power of vibration and sound to give strength to desires such as harmony, healing, happiness, and joy. Sound and vibration have the power to intensify and manifest these desires”, he explains. He says that the best thing is to find a place in the open air, in the countryside or among ancient ruins. Once there you form a circle, breathe deeply and meditate, and then receive a series of sounds – unique tones that evoke an ancestral past, and together create a special state of peace.

“At the end, we work in silence and then describe what we felt and give thanks if there is a reason to do so. Each person is a different world”, he adds.

Interest in the art of meditation in Peru has grown rapidly. Although there are no figures to measure its popularity by, Monica Paz, a teacher at Lima Yoga certified since 2011, believes we are seeing a boom in the practice and in healthier lifestyles. “This fact has persuaded people to choose yoga and meditation because they make you feel more relaxed and happier, with lower levels of anxiety. I remember that when I started in 2006, in New York, I came to visit Lima and almost nobody knew anything about the subject. When I decided to become a teacher there were only two studios in Lima, including Lima Yoga. Today you only have to walk around the city to see the words ‘yoga’ or ‘meditation’ somewhere.”
And even though Lima, the capital of Peru, is probably the city with the largest number of practitioners of this activity, many want to escape the metropolis and seek somewhere more suitable for a full and harmonious life. Daniel Grisolle and Andrea Calderon are two of such people, a couple who, with the arrival of their daughter a year ago decided to leave the capital and move to Mancora on Peru’s northern coast.
“We love yoga. It became part of my life in 2011 and Daniel discovered it later” says Andrea. “I love it because when you think you’ve reached a point of understanding you realize that in fact, you don’t know anything, that you’ve started again from the beginning and it’s time to row in another direction and explore new possibilities. There is no end to yoga, it is delicious, self-exploratory and above all, it shows things in their purest and plainest form.”
A normal day for them starts by being woken early by Emma, their daughter just over a year old, and having a hearty breakfast. “Then I give yoga classes or practice yoga. I feel a need to bathe in the sea with Emma to refresh and recharge ourselves with energy” adds Daniel. Today the Grisolle Calderon family live where they can eat fresh fish and fruit juice; they have started their new restaurant, called Tokuyo -Peruvian and Japanese fusion cuisine- and are building a healthy family life together. There is no doubt that it was meditation, lucidity and a clear mind that led this couple onto the right road. 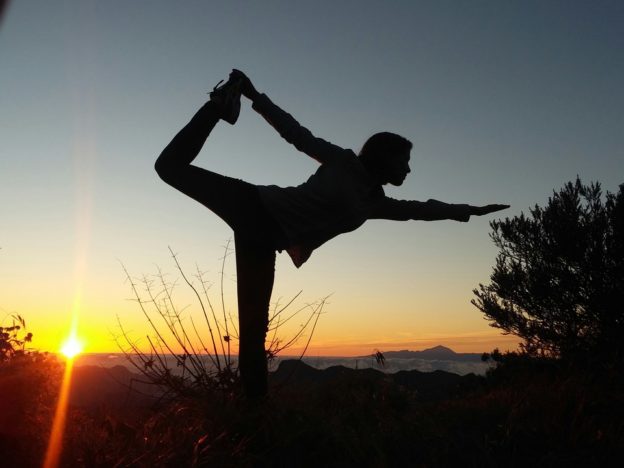 The same can be said of Daniel Lerner, born in Lima, but who found himself in San Roque de Cumbaza, San Martin, in Peru’s northern jungle. At present, he is managing a tourism project concentrating on rural communitarian tourism and travelers who, he says “seek an alternative experience with the community through its culture, traditions and a deep understanding of nature and its beautiful resources”. Daniel is moved by the power of medicinal plants, the nature that surrounds him, the river murmuring in his ears as he sleeps, and the peace he has found with his family in a corner of the Peruvian Amazon.
Then there is Pierina Zlatar who, after studying, traveling around the world, getting married and experimenting with healing courses and yoga, decided to go back to her roots: back to the jungle. Though she was raised in the village of Quince Mil, in Cusco, she decided to settle down in Puerto Maldonado, Madre de Dios, where she founded Kapievi Ecovillage, which she calls “her dream”. “I bought a piece of land that was just pasture and worked hard with the help of my children and friends to make something of it and started to create my dream. Now we have courses in permaculture and yoga, orchids, Amazon art, vegetarian food, land for children and different workshops depending on who comes to share their experiences. Now we are five families living permanently in the ecovillage”, she explains.
Niki tells me, with her 5-month-old son Django in her arms, that according to an Inca legend we are nearing the Golden Age. “Many people think that in the nineteen seventies the center of spiritual energy changed from the Himalayas to the Andes. The legend of Wiracocha, creator of the Inca world, tells that he sent different forms of wisdom to the four corners of the earth, and that today everyone who makes a pilgrimage to Cusco, as well as all those who come without realising that they are on a pilgrimage, are bringing links to this wisdom back. And these links, this meeting of the paths of wisdom, are essential for the arrival of the new era”.

Now the question is: Will you be a part of it? 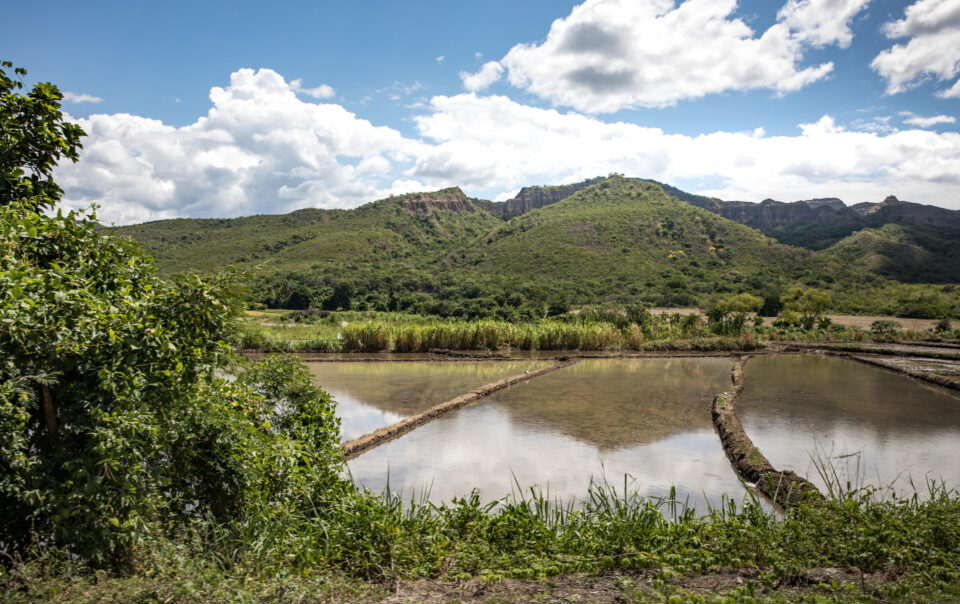 Lesser-Known Hot Springs in Peru You Should Know About 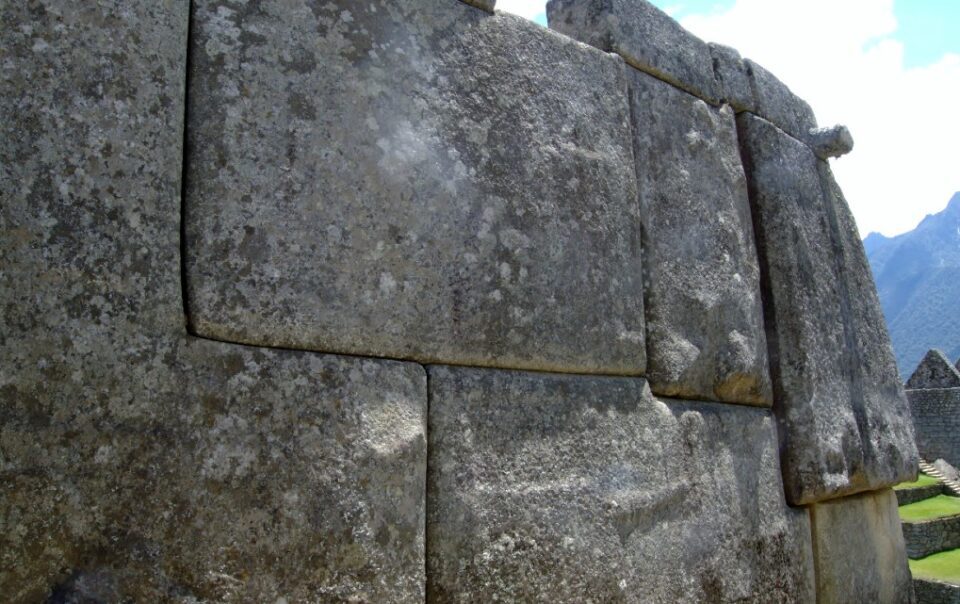 December 14, 2018
Peru Is the Only Country That Increased Copper Production in 2017
Previous Article
Kuczynski Plans to Evaluate Minimum Wage Increase
Next Article