Enkai Cocina Nikkei, which just celebrated its 11-month anniversary, recently showed up on my radar through word-of-mouth from some expat friends who were raving about their dining experiences. On their recommendation, I had to see for myself what all the buzz was about.

About the ownership and management

First off, I can not say enough positive things about chef and owner, Masaki Uyema, who is only 28 years old. Enkai is his first personal business venture. The Nikkei menu he serves at Enkai is a reflection of both the Japanese and Peruvian cultures. His family are his partners in this business. His wife also works with Masaki at Enkai. Masaki is modest and humble, but at the same time exudes plenty of confidence. His smile is infectious and he brightens up even more when he speaks about his experiences that have contributed to his culinary career. One of those highlights for Masaki was meeting Anthony Bourdain while he was interning in San Francisco in 2013. He had the opportunity to interview Bourdain and that left a lasting impression on him. Anthony Bourdain’s advice to Masaki, “travel a lot, learn a lot and return to your country to put all of that into practice.”

Masaki first graduated from Lima’s Le Cordon Bleu in 2010 (in 2009 he worked at Edo Sushi while he was studying there) and afterwards he began a 1-year internship at the Ritz Carlton in Palm Beach, Florida. In 2012 he completed his Masters at Le Cordon Bleu. He then spent 2013 working at Puerto 27 in San Francisco, California. From 2014 through 2017 Misaki also worked in Panama, Colombia and Guatemala. In 2016 Masaki was a finalist in the world-renowned San Pellegrino Young Chef Latin America Competition, representing Panama. Masaki also had a very brief stint with the renowned Peruvian restaurant, Maido, in 2016. This year he will hopefully be able to compete once again in the San Pellegrino competition, this time representing Peru. Masaki is eagerly awaiting confirmation.

The location of this gem is at first not easy to find. I strongly suggest you use the Waze app if you are driving, which will easily get you there. It’s basically located across the street from the Plaza Salaverry Mall off of Av. Eduardo Avaroa (Punte del Este). If you are walking, once you cross this street, you would walk on the sidewalk with the name Av. Gregorio Escobedo. It is a 2-minute walk to Enkai. This is very near the Japanese-Peruvian Cultural Center. Enkai usually has a large stuffed toy bear at its entrance.

The restaurant itself is modest and unassuming. From the moment we walked inside we felt comfortable. There are many Japanese touches and decorations including Japanese ceramic cats everywhere, paintings, murals, small simple bamboo arrangements at every table, lanterns, as well as many nautical decorative touches here and there. We loved that every table setting in Enkai has sets of authentic Japanese chopsticks which all have different designs (Masaki’s mother brought them from Japan).

There were obvious repeat customers the day of our visit. Also many diners from the nearby residences and offices. The area of Jesus Maria has the largest Japanese-Peruvian population in Lima.

At the Gochiso Nikkei Festival a few weeks ago I had my first opportunity to sample a couple dishes from Enkai which only inspired me to sample more of their dishes. We began our culinary adventure at Enkai with an excellent ramen soup, Enkai Ramen (S/.27). Pork belly was slow-cooked with Japanese spices, miso, ramen noodles, egg, green onion, shiitake mushrooms, soy sprouts, soy sauce, nori (seaweed), and togarashi spice. This was an extremely satisfying ramen soup. One of the better versions I have had in Lima.

The Ceviche Nikkei (S/. 37) was an excellent ceviche version. This one uses a generous portion of fresh salmon, a Nikkei-style leche de tigre, a sweet potato mousse (prepared by beating together the sweet potato, orange juice and cinnamon), canchita, and fresh choclo (fried and fresh corn).

I rarely can resist anything “bao” these days. Enkai serves one called Chanchi Bao (S/. 20), a plate of generous pieces of succulent and tender pork that’s slow-cooked with Japanese spices nestled inside an artisanal steamed bun with slices of crispy, fresh kiuri (Japanese cucumber). We enjoyed this sandwich, but felt the steamed bun perhaps could have been a bit more airy and less dense.

Up next was one of Enkai’s main dish house specials, Sake Pasión (S/. 45). The salmon fillet was grilled medium rare and was served on top of potatoes puréed with cream and Parmesan, along with seasonal grilled vegetables such as julienned carrot, zucchini, and eggplant. The dish was finished off with a passionfruit drizzle and black sesame seeds. This was a highly satisfying dish and one ideal for salmon lovers.

Now it was time to sample their makis/rolls. Currently, there are 10 rolls on the Enkai menu. Each of these is available in 5 pieces (S/. 19.5) or in 10 pieces (S/. 29.5). We sampled three different maki rolls during our visit. First up was the Enkai Roll which consisted of fish of the day, oyster sauce, panko-coated shrimp, avocado and accented with black and white sesame seeds and sliced green onion. The Veggie Roll is not on the official menu, but Masaki is very accommodating and will prepare and adapt his dishes for customers who prefer vegetarian options. This roll included panko-crusted shiitake mushrooms, cream cheese, and avocado all inside the rice with slices of avocado on the exterior of the roll and drizzled with teriyaki, and white sesame seeds. I was intrigued to sample the maki named Monte Fuji. This roll was filled with panko-coated shrimp, cream cheese, avocado, and bathed in a sweet and sour sauce and then flambeed.

The Causa Masaki (S/. 19) is one of Enkai’s signature starters and also named after Masaki, the owner. The causa’s texture, thanks to the mashed potato mixture, was excellent, soft, homemade, and had a hint of spice. Inside the causa potato mixture were panko-crusted cooked shrimp, avocado, and this was bathed in a generous amount of acevichada nikkei sauce, and accented with sweet potato chips, slices of green onion, togarashi spice and black sesame seeds.

Our last dish was the Kani Patacones (S/. 20), one of their signature dishes. This dish was featured at The Gochisa Nikkei Festival as well as the causa mentioned above. The patacones were prepared by mashing platano (bananas) and frying them. The fried platano slices were topped off with imitation crab meat (kamikama) and slices of avocado, togarashi, green onion and black sesame seeds.

I had the opportunity to return recently one Sunday with my husband and we enjoyed several dishes. The two mentioned directly below both incorporated truffle oil. I like that Masaki has a very light hand when using truffle oil in his sauces. Many times it’s a bit too aggressive. Masaki allows the truffle oil to just accent and make the sauces more nuanced. The Tiradito Trufado (S/. 34), an incredible tiradito version which uses the fresh fish of the day, on this day they used ultra-fresh Doncella (red snapper) fish. Besides the thinly sliced fish, we really enjoyed the leche de tigre which was lightly infused with truffle oil and chalaca (tiny diced mixture of aji limo peppers and onion). One of our favorite dishes that Sunday was one of their house specials, Lomo Shogun (S/. 49), tender slices of medium-rare filet mignon bathed in an amazing, slightly addictive and nuanced truffle sauce, shiitake mushrooms and accompanied by white rice with black sesame seeds. I will definitely order this dish again.

We also ordered their Tentaculos (S/. 37), octopus and calamari sauteed in aji panka and aromatic herbs, along with diced sauteed and crunchy potatoes underneath the seafood with salsa criolla (sliced onions and pepper mixture) on top. This was delicious, slightly spicy and had assertive flavors. Their Gyoza Furai (S/. 20), fried dumplings filled with trout and served with a citrusy ponzu sauce was also a success.

Besides the food, we enjoyed several beverages at Enkai. The house pisco is La Caravedo, one of the brands from Pisco Porton. The Chilcano Kion and Chilcano Fresa (both S/. 20) were quite good. We also enjoyed the Sake Mojito (S/. 24). The non-alcoholic hierba buena limonada (S/. 15) was excellent.

Enkai also offers an executive menu (Japanese or Peruvian option) from 12:00 p.m. to 4:00 p.m. for 19 soles, Tuesday through Saturday which includes the starter and main dish. Enkai also offers a variety of promotions. Tuesday and Wednesday they offer Maki rolls, 3 for 2. Thursday they have a Ramen promotion when you order 1 ramen soup, you also receive a half portion of maki rolls (5 rolls). Every day they offer 2 for 1 Chilcanos. On the weekend they offer a few maki combination specials.

When I return again I will be exploring more of the nigiri, sashimi and roll options. Enkai is planning on rolling out some new menu options around June 13th. Masaki expressed that he would eventually like to expand and open up another location in another area of Lima.

Overall we found the ingredients to be high quality and freshness was key. The prices were reasonable, an excellent variety of unique dishes and customer service was very good.

The significance of Enkai means “party”, “celebration” and “banquet”. On one of the large mirrors in the restaurant is a handwritten quote by Masaki:  “I believe that the maximum of every cook is to give happiness to people. Make someone who perhaps did not have a good day, have a pleasant, memorable, cheerful moment through what you have prepared with your hands.” Masaki and his team at Enkai definitely deliver! 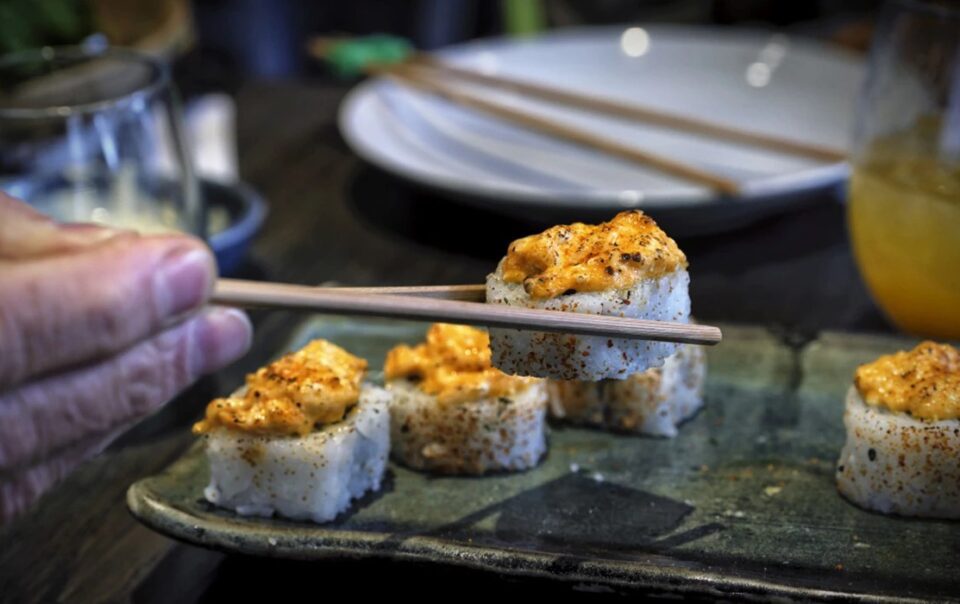 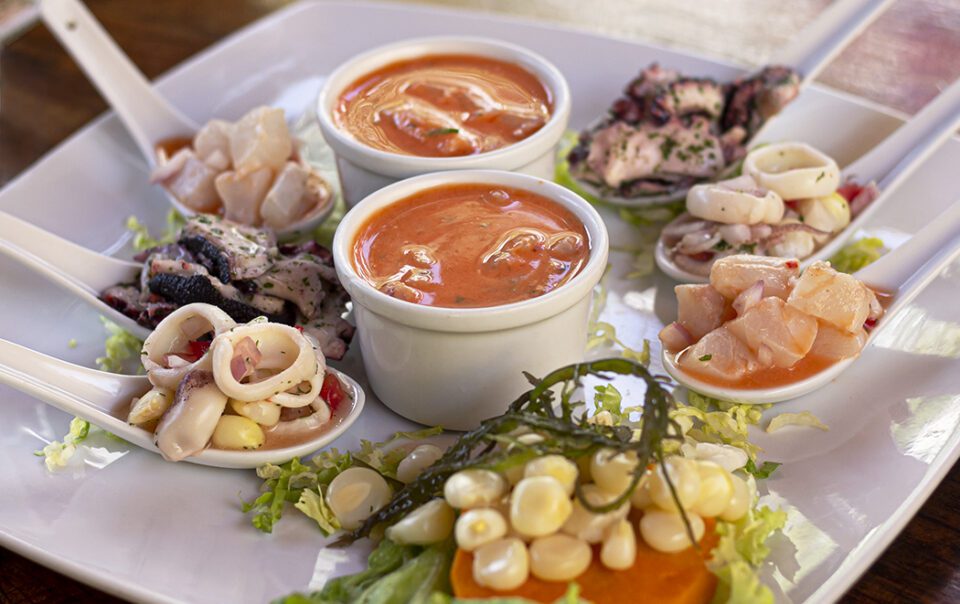 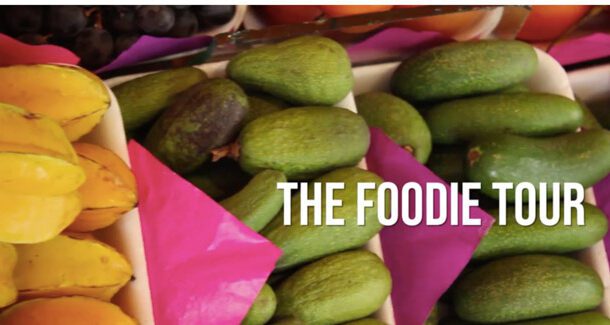