Katsuya has been open barely a year and it has quickly become a popular restaurant in the San Isidro/San Felipe area. On the day of Traveling and Living in Peru’s visit to Katsuya we arrived at 3:00 p.m. and found it full of happy customers. As I looked around the restaurant, I observed the large portions of food, bordering on huge. All the tables on the first floor were filled, so we decided to proceed to the second floor.

About the restaurant and the owners

The name Katsuya is partially originated from the Japanese word “katsu,” which is basically reserved for ingredients that are pounded thin and then breaded. In the case of this restaurant, the cutlets of pork, chicken, and beef are pounded thin, dipped into a beaten seasoned egg mixture and then eventually breaded with Japanese panko breadcrumbs.

Many of the walls on the first and second floors at Katsuya proudly display an abundance of photos of the first decades of Japanese immigration to Peru. Some of the first Japanese immigrants to Peru eventually launched their own inns and served Peruvian criolla (creole) food such as cau cau, patita de maní, escabeche, pan con pejerrey, etc. The owners of Katsuya are descended from Japanese immigrants. Norberto Hosaka’s grandfather, Toshinaga, was one of these immigrants who settled in the Barrios Altos area of Lima and eventually opened an inn that served food. The house specialty was “milanesa” or “apanados” (breaded cutlets). All these cutlets were prepared with the Japanese panko crumbs and served with Peruvian criollo food, soups and stews. Katsuya is a result of this family heritage. The concept of Katsuya is to serve traditional Peruvian food accompanied by something nikkei. In this case, the milanesas and a few other small touches.

We began our late lunch at Katsuya with one of their most popular starters, Wantanes de Pollo Bien Taypa (6 for /. 10 and 12 for S/. 16).  These wontons were filled generously with chicken and then fried and served with a traditional sweet and sour sauce. These wontons are one of the better versions I have eaten here in Lima. Typically wontons arrive at the table and you can’t even decipher what’s inside of them because they are skimpy with the filling. Here at Katsuya they fill their wontons with a liberal amount of chicken. Every bite of my wontons was filled with chicken.

We first ordered the Ponja a Lo Pobre (S/. 23) with eggplant. This dish was a bit underwhelming. The breaded and fried croquettes of eggplant were crispy, but lacked much flavor. These were accompanied by French fries (a bit soggy and not crisp) and a fried plantain with a double-yolk fried egg on top of the white rice.

Our second milanesa dish that we ordered more than made up for the lackluster eggplant milanesa above. The Katsu Power (S/. 27) was a wonderful combination of a 200-gram panko-breaded chicken cutlet along with the traditional green spaghetti (pesto prepared with spinach and basil) topped off with pecans and Parmesan cheese and a delightful papas a la huancaina. This dish was a star. The chicken cutlet was cooked perfectly, the pasta was delicious and the potatoes with traditional Peruvian huancaina (aji amarillo peppers, fresh cheese, evaporated milk, etc.) sauce hit the spot. This dish was a star and exemplified why the milanesa dishes are so popular here at Katsuya.

Besides the abundance of milanesa dishes, Katsuya serves many traditional criollo (creole) dishes such as lomo saltado, pollo saltado, tallerines rojos, cau cau, patita de maní, and chanfainita. Many of you have probably eaten a few of these dishes. We sampled the Combinado Bicolor (S/. 20), which was a large plate filled with half patita de mani (pigs feet in a peanut-based sauce) and half cau-cau (a tripe stew). Both of these dishes are traditional criolla dishes popular in Afro-Peruvian kitchens. These are the types of dishes you can find on a regular basis prepared by many home cooks. Many of us expats can’t get past the somewhat chewy or gelatinous textures of these dishes, but after 12 years here, I actually enjoy these dishes when they are well made. This platter was excellent. Roxana, the native Peruvian in our group, really enjoyed the patita de mani and I favored the cau-cau more.

We also decided to sample the Pan con Panceta Nikkei (S/. 14), a delicious combination of pork belly meat that was salt cured and braised and served on a plump traditional “Pan Frances” bun and accompanied by sliced onions with soy sauce, nabo (pickled turnip) and pickled radishes. The pork was succulent and the bun was able to handle the meat and other ingredients. This was a wonderful slightly sweet and savory sandwich with a bit more of the Nikkei flavors.

If you dare save room for dessert after the large portions of food at Katsuya, they offer several homemade desserts such as chocolate cake, brownies, crema volteada, and alfajores. I opted to take a couple desserts home and try them later in the day since I really could not possibly eat more. I ate a brownie (S/. 8) and an alfajor (S/. 4).  The alfajor cookie was a nice size and average in flavor. I thought the brownie was very decent and I enjoyed its fudgy texture and walnuts.

Katsuya has several draws…..very modest prices with decent food and large portions, an excellent location (near Universidad del Pacifico, many offices and residences), good customer service, and parking spaces on the premises.

Overall, we had a decent experience. Based on the crowds at Katsuya, it’s evident that many enjoy Katsuya. 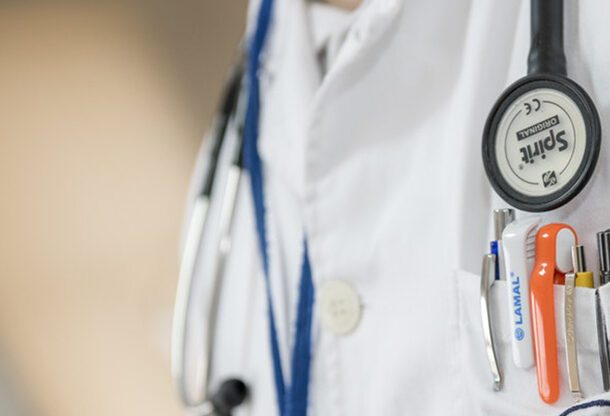