Only open for five months, Mérito is in the process of showing off its merit and is one of the rising stars of Barranco’s restaurant scene.

The name of the restaurant is Mérito. The word “merito” translates and is synonymous for “merit,” “worthiness,” “excellence,” “quality,” “talent,” and “perfection.” Only open for 5 months, this newcomer restaurant is in the process of showing off its merit and is one of the rising stars of Barranco’s restaurant scene.

Mérito is in the talented and capable hands of the chef/owners and business partners, Juan Luis Martínez and José Luis Saumeo, who both hail from Caracas, Venezuela. Both chefs are humble, yet extremely confident in their capabilities. Between the both of them they have many years of culinary working experience. Martinez moved to Peru in 2014 and previously worked for two years at the renowned Central Restaurant here in Lima. Prior to that he worked at two renowned 3-Michelin star restaurants in Spain. Together, Martinez and Saumeo have opened a contemporary restaurant with sophisticated cuisine with a laid back, cozy atmosphere. They don’t compromise the core of the food they serve and they respect the ingredients. The cuisine is flowing with Venezuelan influences and Peruvian ingredients.

Merito is a small, two-story restaurant. The first floor has an open kitchen and a long, central blackened wood table/island with a stainless steel countertop. There are stools for at least 6 diners. This is where the team of Traveling and Living in Peru sat the day of our visit. On the top of this island rest two very large blocks of granite which showcase various Peruvian root vegetables and tubers, which figure predominantly in many of the dishes served here. Sitting at this island table is the perfect way to observe and enjoy the chefs and kitchen staff in action. The open kitchen is small, but we were quite surprised how well the Merito team worked cohesively, calmly and in unison. The second floor has tables, chairs, and benches to seat approximately 22 diners. It is a somewhat intimate dining area. Their carbonized wooden bar is also situated on the second floor.

The decor and vibe at Merito is unpretentious, informal, modern, minimalistic, and rustic. There are many natural elements such as the exposed original adobe (traditional construction materials made with clay, straw, and sand) brick walls, flat stones, an abundance of wood (including the furniture and slatted wooden walls), slate tiles, indirect (skylight) and muted lighting which all create a cozy ambiance.

To continue on the path of earthy and natural elements, Mérito serves their food and drink on gorgeous, rustic, and artisanal ceramic plates, bowls, and cups prepared by Taller Dos Rios in Barranco.

The menu is small (less than 20 dishes), but abundant in flavor. We found the cuisine at Merito to be innovative and high quality, plus impeccable technique was used. Our dining experience at Merito was a triumph of assertive flavors and textural range.

We began our culinary adventure at Mérito with two of their most popular starters. The Choclo brasa, ají amarillo, queso llanero (S/. 18) was amazing. The corn was prepared in a very high-temperature charcoal oven and grilled until tender and the husk was blackened and charred. The rows of kernels had been previously cut away from the cob for easy access to reach in and remove the strips of corn and dip it liberally into the addictive creamy gaucho cheese (llanero cheese popular in Venezuela) and aji amarillo mixture.

We moved on to one of the most satisfying versions of fried yuca I have had in a long time, the Yuguasa (S/. 18). The yuca was cut into very long spears and first steamed in the oven and then fried. The yuca spears were served with a very herbaceous vibrant green sauce (“guasacaca”) prepared with coriander, parsley, vinegar, garlic, green onion, green pepper and olive oil. This sauce is used often in Venezuela.
The presentation of the Mollejas y Maiz (S/. 45) was exquisite to look at and a pleasure to eat. These sweetbreads (thymus glands) were prepared perfectly and I found them tender, rich and almost creamy in texture. Sweetbreads are always a slightly decadent indulgence for me. The purée that accompanied this dish was a complimentary combination of corn, aji amarillo, garlic and onion confits and cream. The final touch were the razor-thin maíz morado crackers that accented this dish.

One of the freshest dishes we sampled was the impeccable Conchas, Tumbo y Ñame (S/. 41), The dish was visually pleasing with ultra-fresh scallops, accented with coriander flowers, ñame root, celery, razor-thin slices of oca tuber, and with a leche de tigre that included diced tumbo fruit. This dish was all about freshness and textures. The dish was accompanied by crispy, wafer-thin slices of pituca root which were prepared with clarified butter in the oven.

One of the most anticipated dishes was the Pesca del día (S/. 63), served with the Arepa asada, mantequilla, sofrito. The fish of the day was cabrilla, which was grilled and then drizzled with a black garlic purée. A liberal bed of nasturtium flower leaves sprinkled with sacha tomate powder accompanied the fish on the platter. The leaves were edible and surprisingly delicious.

We were eager to sample the arepas. Arepas are a very traditional staple in  Venezuela. They are prepared with cornmeal and first cooked on a griddle and then transferred to a convection oven for the final roasting touch. The arepas at first glance resemble pita bread, but are far and away much greater in taste and texture. The arepas were served piping hot. These inflated and fluffy, heavenly cornmeal bread rolls were both soft and slightly crispy. One of best ways to eat this dish is to slice the arepa in half and spread a small amount of the tomato-based sofrito sauce, a piece of the fish with a nasturtium leaf, and then a generous dab of the ultra creamy homemade butter which was infused with a reduction of chicha de jora (fermented corn beverage). I found myself savoring every single bite of my arepa and also dipped it into the llanero cheese that we had left over from the first corn dish.

We sampled all three of the desserts on Merito’s menu. Each one was unique and decadent in its own way. The Chirimoya y Chirimoya (S/. 29), was served with a large slice of grilled and slightly caramelized chirimoya (custard apple), paired along with the fruit pulp and a chirimoya gelato. This dessert was a homage to the Chirimoya fruit.

The Flan (S/. 25) was probably the best flan I have had in Lima in my 12 years here. The combination of heavy cream, egg yolks, sugar, and an intense burnt caramel syrup was exquisite and creamy.

The Roca de Chocolate (S/. 27) was the most conversational, whimsical and decadent dessert of the three. The dessert is presented and looks exactly like a rock until you place your spoon into the top and scoop out a bite. Nestled inside the partially hollowed-out real rock is chocolate mousse, chocolate gelato and pieces of brownie. Chocolate nibs are used on the outside. The chocolate used for this dessert was 75% cacao from Magia Piura (one of my favorite Peruvian brands of chocolate).

The cocktail and wine list at Mérito is compact and limited, but very satisfying. Merito offers only six different cocktails (prepared with sangria, pisco, gin, and rum). We sampled the Pisco-Maracuya (S/. 25). It arrived at our table frothy, cold, and refreshing. Mérito uses Pisco del Solar (a small family artisanal pisco). Merito also offers a domestic beer and 3 artisanal beers. The wine list has approximately 10 different wines from Peru, Italy, Argentina, and Chile (available by the bottle or glass).

I returned to Mérito five days later with my husband to treat him to lunch (which he highly enjoyed). We shared the grilled corn starter with the cheese as well as the irresistible arepas with the homemade butter. We devoured the extremely popular and amazing starter, Pulpo, Puerro y Papa (S/. 49). We then moved on to the main dishes. We were impressed by the incredibly succulent, rich and nurturing, Cabrito y Arracacha, (S/. 56) (baby goat and gnocchis made with the arracacha root vegetable; a cross between a carrot and celery root). The brand new delicious menu addition, Arroz de Calamar (S/. 49), was highly satisfying. I also ordered the cocktail, Sacha Tomate (native Andean fruit with a slightly sweet and tart flavor) with Pisco (S/. 25) and found that to be quite unique and refreshing. We completed our meal by sharing both the flan and the chocolate rock, which were just as delicious the second time around.

Mérito switches up their menu often enough that some dishes from earlier visits may have been replaced or modified. I noticed at least three changes to the menu from when I was there 5 days prior. The seasonality of products and ingredients is vital at Mérito. Vegetarian options are available and can be requested.

Mérito is becoming more popular and is quickly building a substantial following. It’s probably a good idea to check it out now while we are still enjoying summer and less crowds in Lima. In the evenings Mérito fills up quickly. Reservations are not accepted, so it would be wise to plan for that. I have added Mérito to my personal “best of” gastronomy list because their menu is varied and innovative. The food is also nuanced and unfailingly delicious. And in my opinion, it is also an extremely good value for cuisine of this high quality.

Mérito is definitely one of Barranco’s best new destinations. A definite repeat! 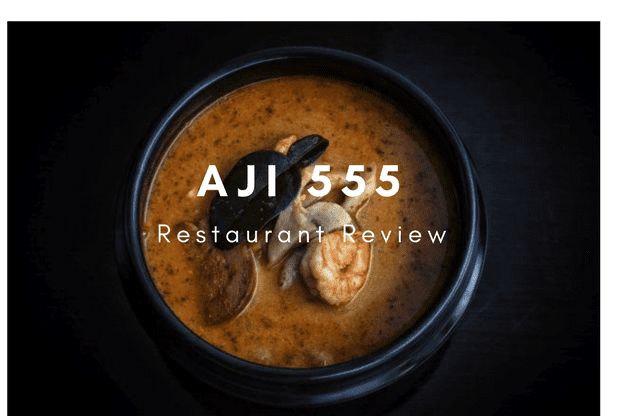 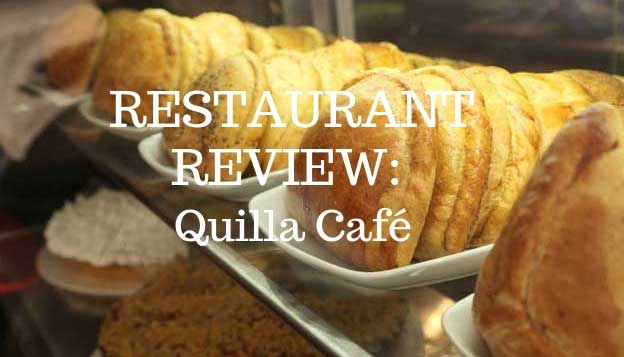 February 20, 2019
Today Collaboration With Odebrecht Is Made Official
Previous Article
Making a Stand for Water Rights in the Sacred Valley of Peru
Next Article