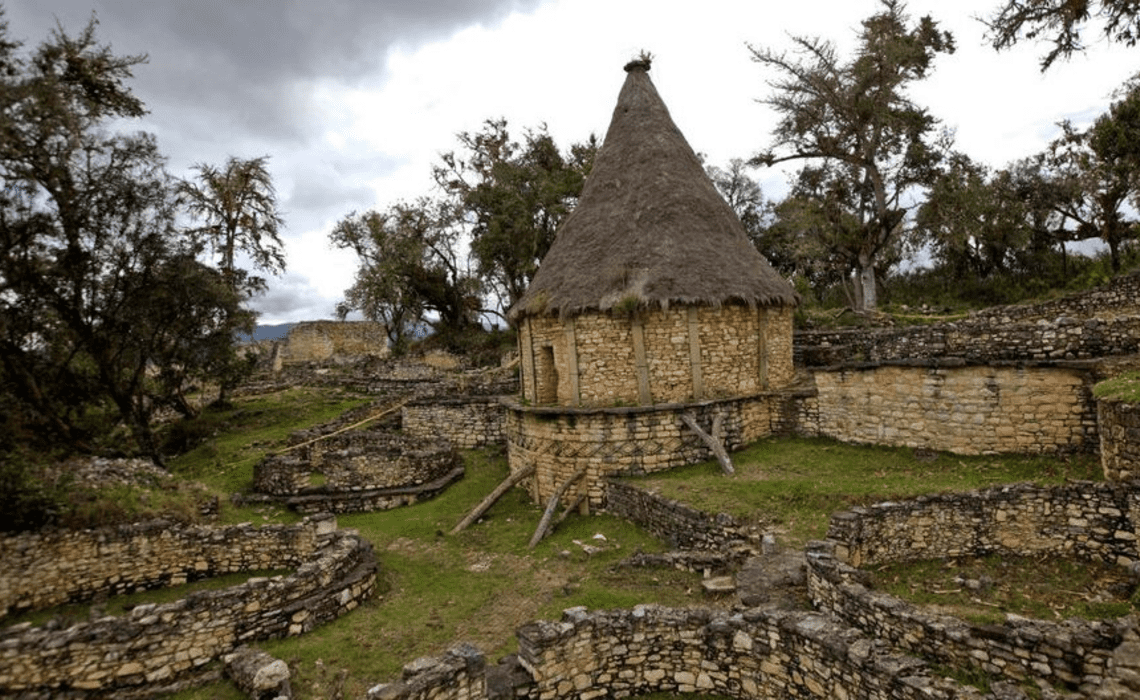 Before Machu Picchu there was Kuelap, the mountain citadel of the Chachapoyas. Though defeated by the Incas and ultimately by smallpox, the culture of the Warriors of the Clouds have found a way to live on in northern Peru.

With a name meaning Warriors of the Clouds, the people of an Andean culture in northern Peru were described in awe by the 16th century Spanish conquistador and chronicler of Peru, Pedro Cieza de Léon: “the whitest and most handsome of all the people that I have seen, and their wives were so beautiful that because of their gentleness, many of them deserved to be the Incas’ wives and to also be taken to the Sun Temple” (The Incas of Pedro de Cieza de Léon, 1959).

These were the Chachapoyas: a mysterious ethnic group of ‘cloud people’ who lived for some six centuries before the arrival of the Incas. Had it not been for the accidental discovery of their mountain citadel, Kuelap, by a local judge hiking through the mountains in 1843, this mysterious world of of the Chachapoyas may very well have been lost in the mists of time.

Explore the Andes on this 8 day / 7 night adventure!

Judge Juan Crisóstomo Nieto had stumbled upon something as intriguing, and some would say, as important as Machu Picchu. Three times older than the Inca fortress and the oldest stone city in pre-Columbian America, Kuelap is literally monumental when you consider that the construction of more than 520 buildings used three times as much stone as the Great Pyramid of Egypt—around 40 million cubic feet of stone in fact. Clearly these were a people of some significance, which makes their decline into relative obscurity – until recently that is – all the more mysterious.

Geography provides some of the answers. The citadel sits at a height of around 3,000 meters above sea level in the cloud-covered tropical rainforests of the eastern slopes of the Andes mountains. Such a location meant that the Chachapoyas and their ancient fortress very well may have remained truly hidden until the curious judge stumbled across it.

Since then, and in particular in 2006, further archaeological discoveries have told us a little more about these mysterious people.

Like the Incas, the Chachapoyas left behind no evidence of a written language and so we have had to rely upon archaeology to open a door into their world. One of these discoveries was an underground burial site found deep inside a cave containing five mummified remains of Chachapoyas, two of which were completely intact with skin and hair. The discovery of these mummies verified not only the height and skin type of the ‘cloud people,’ but it also taught us a lot about their ever so intricate racial makeup. It seems that Pedro Cieza de Leon was right in saying they were light skinned, taller than the Spanish conquistadors, and blond haired. Their place of origin, however, remains a mystery.

Their demise is an easier story to tell. Defeated by the Incas in 1470, they then had further misfortune in 1535 when they entered into an alliance with the Spanish, who were impressed with their fighting abilities and determination in reclaiming their lost lands from the Incas. This alliance led to a new and fatal enemy, smallpox.

But the Chachapoyas still watch over the land they once ruled. Perched at nearly 8400 feet, above the ravines that traverse the landscape, are stone figures referred to as sarcophagi. Measuring up to 8 feet tall, the funeral tombs belong to the warriors of the clouds, guardians of this strange and mysterious place. Journeying there is now much easier than it was in the judge’s day. From the modern city of Chachapoyas, it’s a two-hour road journey to Nuevo Tingo, where a public bus will take you to the cable car, from where you will ascend up into the clouds to the mysterious world of the Chachapoyas.

Discover the Inkaterra Orchid Trail on the Way to...

Discover the Tropical Valleys of Tarapoto in Peru’s Jungle

How to Experience Peru From Your...