The Peruvian Amazon is home to many outlandish tales. Few are as compelling or culturally significant as that of the Yacumama.

Last time on Terrifying Legends of Peru, we left behind the dark tunnels of Andean mines where the Muki awaits.  Let’s now journey down the eastern mountains into Peru’s frontier of tropical forests.

When the Spanish Conquistadors ventured into this jungle interior, they believed in all kinds of strange and terrible things hidden in the dense vegetation.  They weren’t alone in their apprehension.

The natives told of a giant Amazonian serpent; a serpent that is said to reach 30 meters or nearly 100 feet in length.  She slithers among the trees on solid earth or below the waters of winding rivers.

She is called the Yacumama, the water mother, and she is not alone…

Warning: this series may contain graphic or disturbing descriptions or images.  Read at your own risk.  Also, please remember that there are often several versions of these stories and mine may be different from others that you have heard or read.

They say there is a quiet lake somewhere in the rainforest of Ucayali, Peru.  To any modern explorer who might wander there, it might seem like the perfect place for a bath or an afternoon nap.

Hundreds of years ago, there was a fisherman from a tribe near the modern day city of Pucallpa.  As he often did, he journeyed by canoe deep into the jungle, following a little inlet off the river Ucayali to a hidden lake at the end.  In those hidden lakes at the end of the tributaries, a good catch was almost a certainty.

After some time, the fisherman came upon this quiet lake as the afternoon sun crept past the trees.  He could tell from the surrounding vegetation that the place had never been disturbed by any person before.  He was thrilled; the undisturbed lake was sure to be teeming with fish which he would bring for his entire tribe to feast.  He rowed excitedly but quietly toward the shore looking for the best spot to cast his net.

Suddenly, something stirred in the water.

The fisherman looked up; a great head emerged from the center of the lake and hovered a meter above the water.  It was the head of a serpent.

Not just any serpent, the head alone was the size of the fisherman’s body.  She stared fixedly at him, swaying back and forth.  The fisherman, panicking, threw himself to shore without a thought for his boat and plunged into the forest.

Looking back over his shoulder, he saw the great serpent moving toward him through the water.  She is the Yacumama, the water-mother, and she leaves none who disturb her waters alive.

The fisherman knew he could not escape and prayed for salvation.  In this moment, according to the legend, 4 tapirs (similar to a pig) fell from the sky into the water.  The Yacumama was distracted just long enough for the fisherman to run as fast as he could into the jungle and escape.  When he returned to his tribe he told all that had happened.

The fisherman had escaped, but the Yacumama had been disturbed from her lake of origin.  Now, she may be seen in any river or inlet of the Peruvian Amazon, and sightings along with strange disappearances persist to this day.

There is another legend of a giant serpent.  Some sources say it is even older than the Yacumama.

The story of the Sachamama starts almost the same, though it features a local indigenous huntsman instead of a fisherman.  He travels deep into the jungle searching for game for his tribe to eat.  The weather changes and it begins to rain and become dark, so the hunter lights a bonfire.  In this moment, the earth shakes a moment as if a small earthquake had passed.  The hunter is quite unnerved and puts out the bonfire.

The next day, he cuts through the bramble until his machete strikes a large ancient trunk of about 60  meters in length that blocks his path.  At the base of the trunk, there stands a deer.  It looks at the hunter and, strangely, began to walk toward him until suddenly disappearing into the base of the trunk.  Suddenly, the hunter understands; the trunk is the body of a giant serpent and at the base, a giant gaping mouth attached to a head adorned with demonic eyes and horn-like ears.

The hunter slowly backs away, realizing he has evaded death by 3 strokes of luck: when his bonfire startled the serpent, when he unknowingly cut it with a machete but the serpent didn’t realize, and when the deer gave away the gaping mouth of the beast.

The huntsman escapes to tell his village what he has seen.  The legend of the Sachamama spreads throughout the forests.

The Sachamama remains still for centuries at a time.  It lulls hunters and animals into a trance and waits with its mouth open, appearing to be a jungle cave, and her body appearing as the trunk of a giant tree.  The skeletons of her victims pile around her as generations pass, until something, or someone, startles her into movement.

The legends of the Sachamama and Yacumama are based in the Pre-Hispanic cosmovision of Amazonian tribes.  Their names mean “Earth mother” and “Water mother,” respectively, in the native language.  These giant serpents of land and water have a powerful place in both traditional and modern Amazonian art and culture and have been prevalent throughout every stage of Peru’s recorded history.  The Sachamama, for example, has a particularly interesting tale that comes from Loreto’s rubber boom era.

In the modern-day Peruvian rainforest, there are countless hotels, places, tourist agencies, and restaurants named for the giant snakes, even monuments (pictured above).  The legend persists as strongly as ever; in the urban Pucallpa, it seems that everyone has either sighted or knows someone who has sighted a Yacumama.

There was actually a prehistoric ancestor of the modern day anaconda that grew up to 18 meters long.  A quick google search shows that the longest anaconda on record is about half that size.  Is it possible that a prehistoric creature has survived to this day?  There are plenty of pictures on the internet that would have you believe so….

What do you think?  Stay tuned for another chapter of Terrifying Legends of Peru coming soon, and don’t forget to check out Episode 1 (La Casa Matusita) and Episode 2 (El Muki) if you missed them. 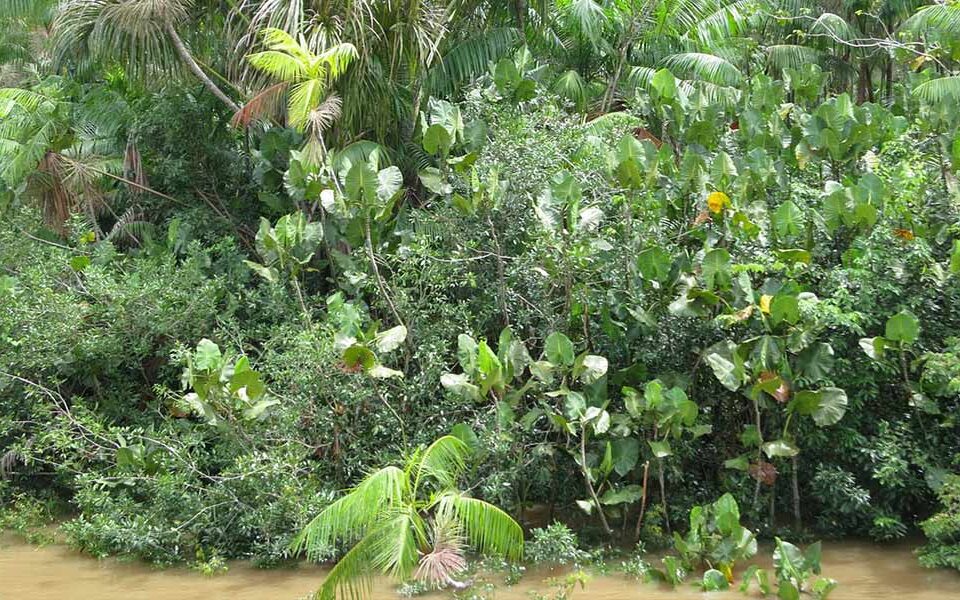 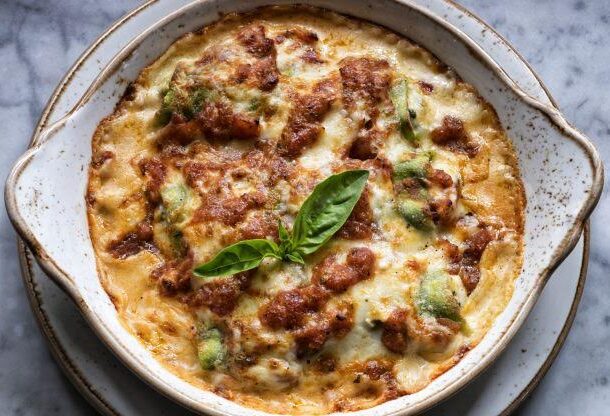