The North, Naturally: The Natural Attractions In Northern Peru

The north of Peru is famous for being a great destination for surfers, excellent food, finding your hippy side, and for enjoying the equatorial sun, but, as in the rest of the country, the north also contains unique ecosystems, such as the mangrove swamps of Tumbes, the equatorial dry forest, and the Pacific tropical forest, with their singular habitats.

The far north of the Pacific coast is very different from the rest of the country. Near the border with Ecuador, an hour and a half to the north of Mancora, the Tumbes and Puyango Rivers discharge into the Pacific Ocean.
The water flows slowly, with no rapids or shallows, meandering and forming lagoons amid the trees. The American crocodiles observe the world with just their eyes sticking out of the water. Frigate birds fly over the forest canopy. A crab-eating racoon searches for food on the sea shore.

This is the Los Manglares de Tumbes National Sanctuary, a very special ecosystem.

Los Manglares de Tumbes National Sanctuary is named after the mangrove, a widespread tree species that grows in both salt and fresh water. The mangroves are gradually reclaiming land from the sea by taking root in the sediment carried by the river, thus creating a natural barrier that prevents erosion by the tide and swell. This is how the trees expand their territory and preserve an ecosystem that is home to an exotic variety of animals.

The sanctuary is divided into two parts: the buffer zone and the core. Access to the former is through Puerto Pizarro, a small fishing cove surrounded by tranquil waters.

There, you will find rustic restaurants selling the signature dish of northern Peru: mangrove scallop cebiche (no self-respecting inhabitant of Tumbes will admit not to liking it), which is said to have aphrodisiac properties. 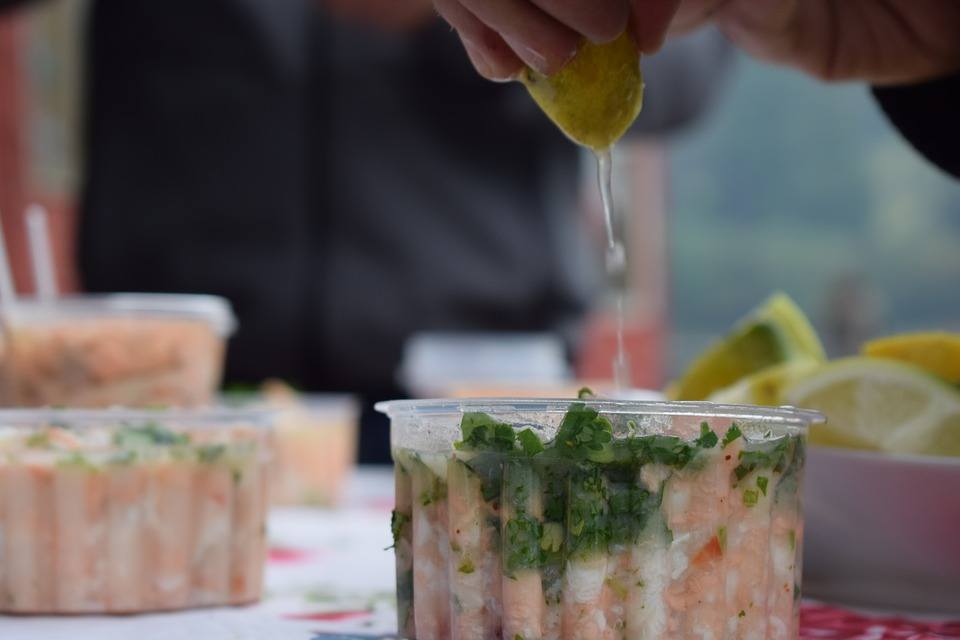 You can visit the Isle of Love (Isla del Amor), a popular destination for couples seeking intimacy and romance, while Bird Island (Isla de los Pajaros) is a good place to observe White Ibis (Eudocimus albus), gannets (Morus bassanus), Fork-tailed Flycatchers (Tyrannus savanna), Kelp gulls (Larus dominicanus) and “Peruvian” pelicans (Pelecanus thagus) in a deafening feathery fiesta. You should go either early in the morning or at sunset, when the birds are more active. 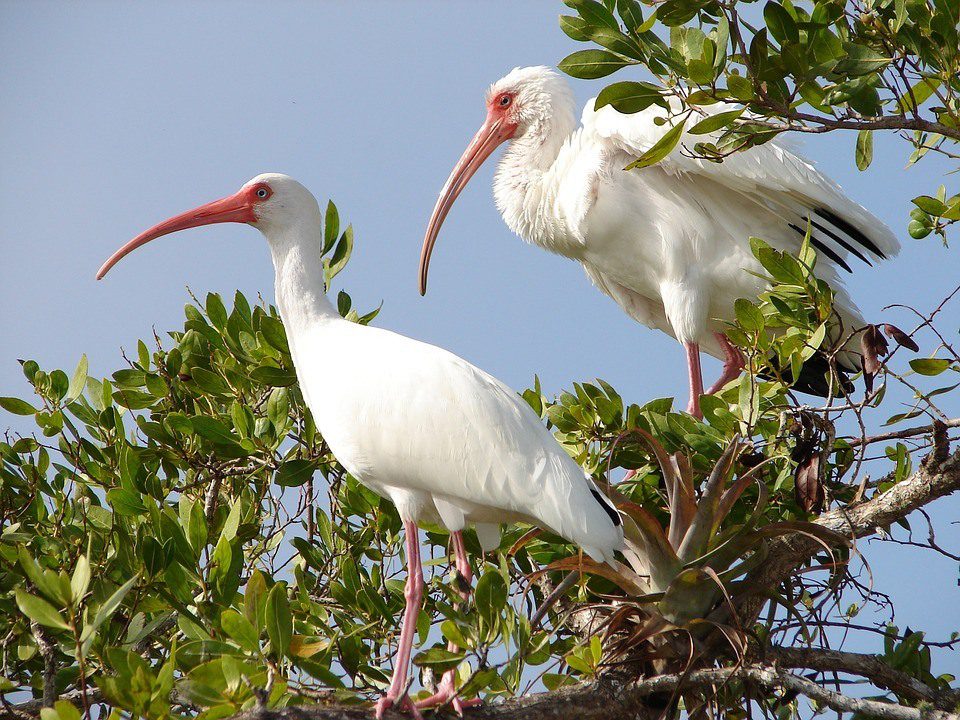 If you want to go into the core of the sanctuary, where visits are strictly controlled to keep the environment as pristine as possible, you should go to the Protected Natural Areas control point known as El Algarrobo. The park rangers use it as a base and it has certain facilities and an interpretation center for visitors.
Here you will be able to make contact with the area’s diversity of fauna. There are 12 species of mammals, including the mangrove bear, the crab-eating racoon and the neotropical otter, although the monarch of this territory is the American crocodile, a huge reptile that can grow up to 5 meters long. 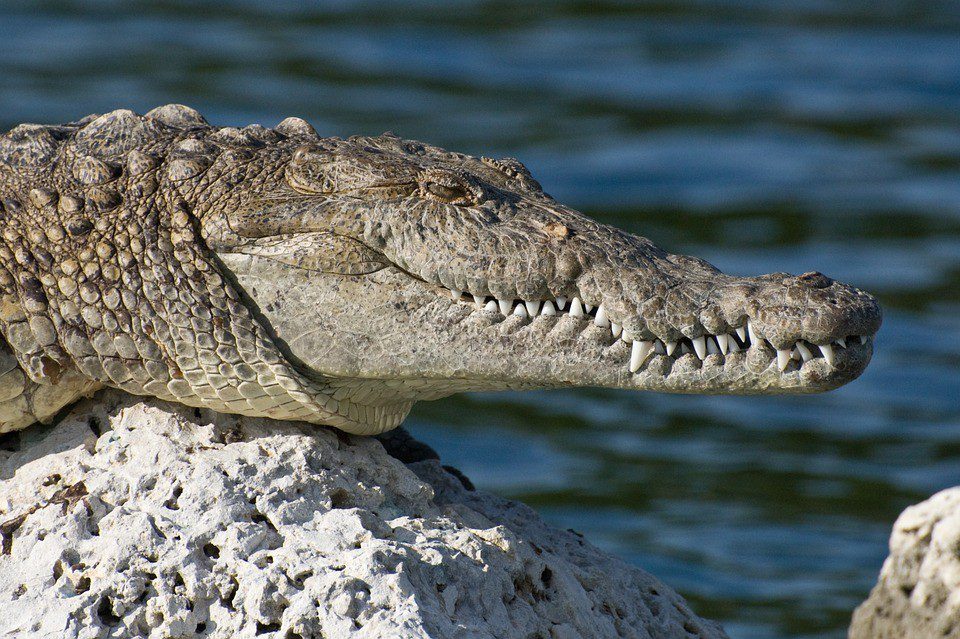 There are also 93 species of fish, 33 of molluscs and 34 of crustaceans. The bird population, on the other hand, is divided among native and migratory species. Of the 120 species, 63 are migratory, some of which come from as far away as Canada, then fly even further south. The native birds include the Grey-necked Wood-Rail (Aramides cajanea), the Yellow-crowned Night Heron (Nyctanassa violacea), the Bare-throated Tiger Heron (Tigrisoma mexicanum), the White Ibis (Eudocimus albus) and the Mangrove Black Hawk (Buteogallus anthracinus subtilis). 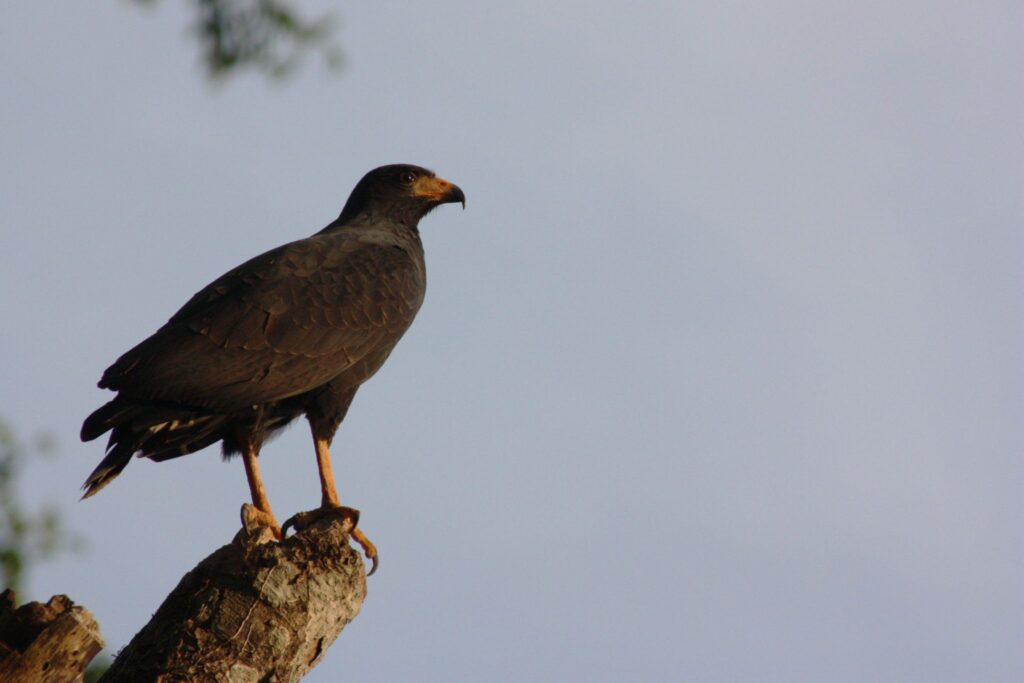 However, there are other very special ecosystems just a few kilometers away. These are the equatorial dry forest and the Pacific tropical forest, found in the Tumbes provinces of Zarumilla, Tumbes and Contralmirante Villar and extending south as far as the provinces of Talara and Sullana in Piura. This corridor is known as the Northwest Biosphere Reserve and includes the Cerros de Amotape National park (the core), the Tumbes National Reserve and the El Angolo Hunting Reserve (buffer zones). 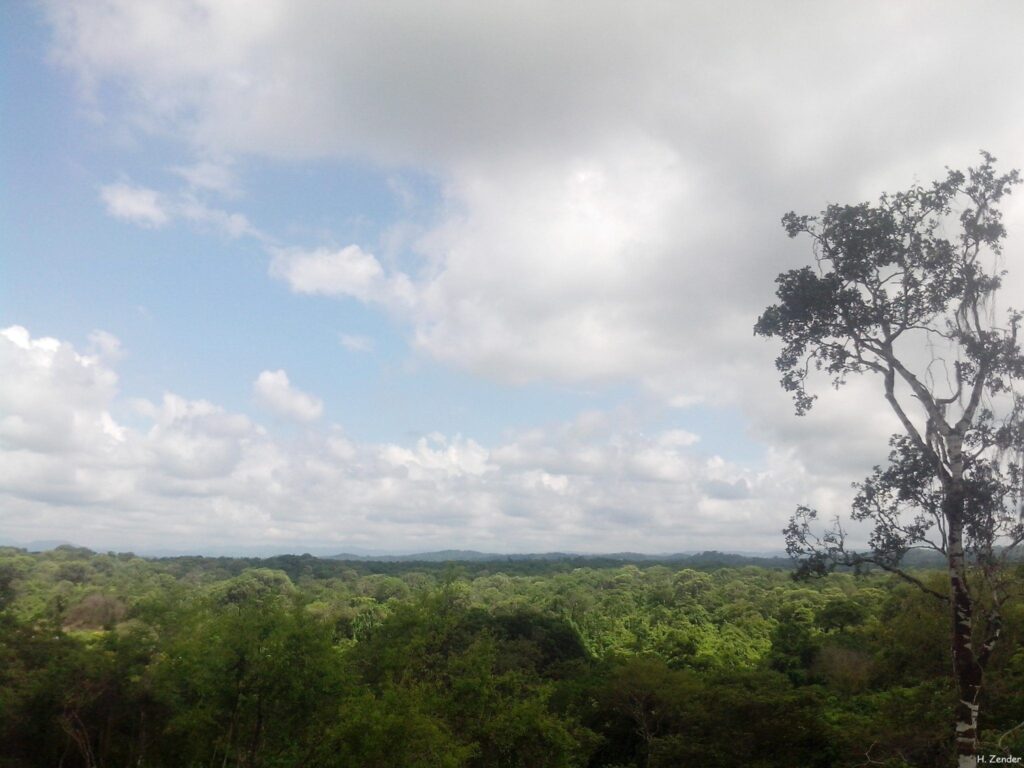 The Tumbes River crosses Cerros de Amotape National Park, which takes its name from the Amotape Mountains. The west bank of the river is considered to be equatorial dry forest, while the east bank, rainier and higher, is Pacific tropical forest. It is divided into five areas, from 120 to 1,538 m.a.s.l., which give the park an extraordinary variety of ecological zones, leading to an enormous diversity of plants and animals from the coastal desert to the forests of the upper and mid Andes. It is because of this unique ecosystem that the park is considered a world center for plant and bird diversity.
Access to the park is through the National Protected Areas Service control point at Rica Playa, which can be reached on foot through wonderful wooded and cultivated scenery or by car from Bocapan. Once you reach Rica Playa you can hire Creole horses, adapted to the local terrain since the arrival of the Spanish 500 years ago, and ride through the carob woods. 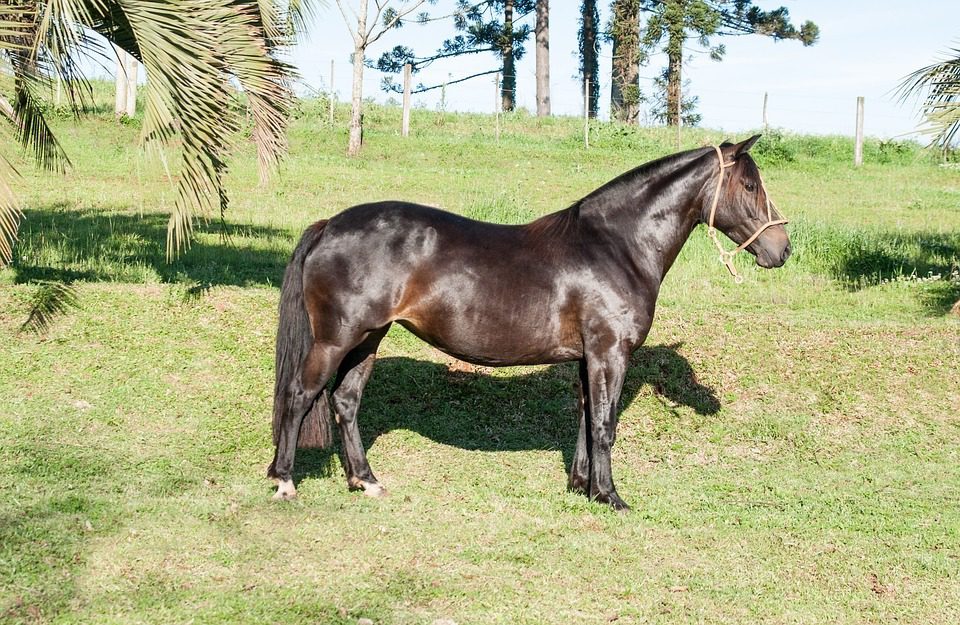 Don’t be surprised if you come across grey deer (Odocoileus virginianus), boa constrictors (Boa constrictor), or iguanas (Iguana iguana) crossing your path. With a little luck you may see a King Vulture (Sarcoramphus papa) flying overhead.
Covering more than 151,000 hectares, the park is home to some spectacular animals such as anteaters, ocelots, jaguars, howler monkeys and the extraordinary American crocodile that can live happily in fresh or salt water and can also be seen in the Tumbes mangrove swamps. This reserve also contains the highest number of threatened species. However, the park is particularly interesting for bird watchers, as it contains dozens of species including parrots, woodpeckers, owls, eagles, herons and many more. 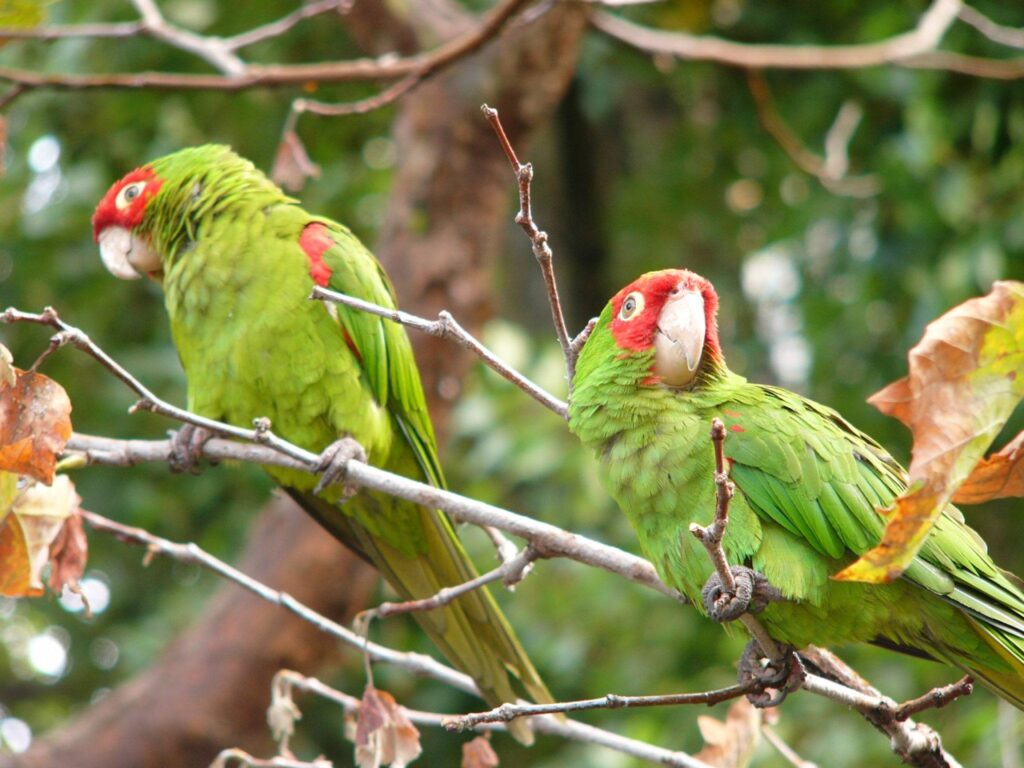 The habitat of these species consists of a great variety of trees and plants, and also 4 species of orchids. One of the most curious trees is the ceibo, which can grow 20 meters tall and forms an ecosystem in itself, harboring unique species of plants and animals. On the other hand the carob is one of the most important tree species in northern Peru, as it has adapted perfectly to the dry terrain, providing shade and protection to both men and animals.

Although Peru’s most famous nature reserves are in the jungle and on the southern coast, it is worth pointing out that the northern ecosystems are merely another example of the country’s biological diversity; they should not be thought of as competing with other parks, rather as another of Peru’s natural paradises that are worth visiting and exploring.

Sernanp Will Promote The Sale Of Carbon Bonds To Tourists 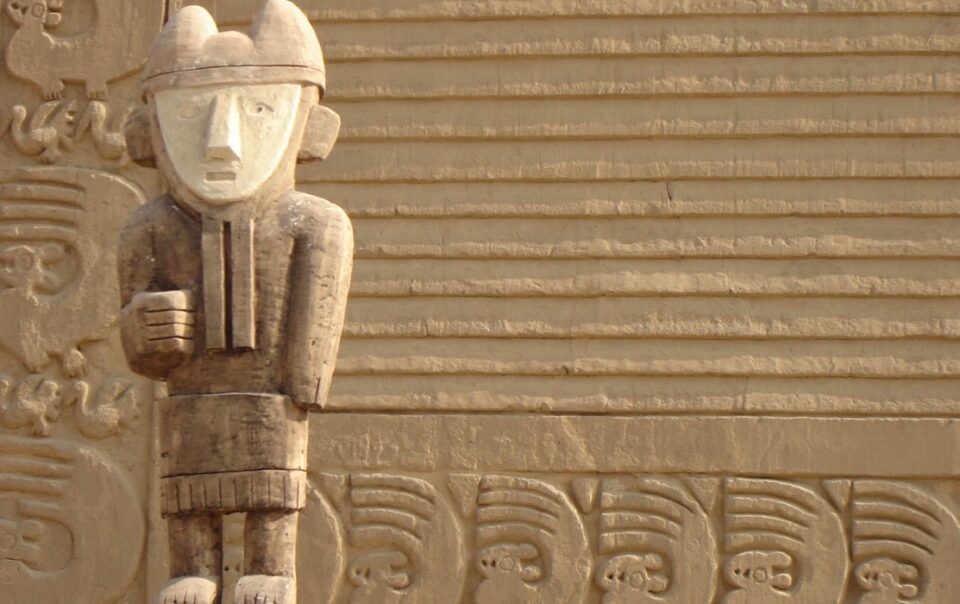 What it’s Like to Visit Chan Chan, Capital of the Chimu Empire