Top Stories
How to Make the Perfect Pisco Sour: Technique...
How to Make the Perfect Pisco Sour: The...
Debunking 3 Myths About Machu Picchu
Q’eswachaka: Learn About The Last Inca Rope Bridge...
Pongo de Mainique: The Magical and the Real...
Travel Updates: Coronavirus (COVID-19) Outbreak in Peru
6 Andean Grains, Seeds and Beans of Peru...
Quinoa Salad Recipe by Peruvian Chef Martin Morales...
6 Ways to Experience Andean Cuisine in Cusco...
Everything You Ever Wanted to Know About Peruvian...
Home Environment The United States Could Take Measures Against Peru For The Deforestation Of The Amazon
EnvironmentNatureThe latest news about Peru 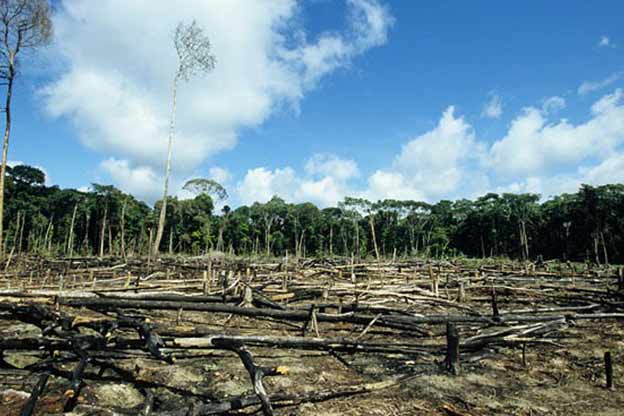 The government of the United States is considering taking measures against Peru for the deforestation of the Amazon, said The New York Times.

“According to people familiar with the proposal, it would be the first time that the United States has tried to sanction a business partner for violating environmental standards in an agreement”, the aforementioned media informed.

According to several officials, the United States could summon an independent tribunal as soon as December 21 to decide on the case, however, they also warned that the dates could change.

“In recent years, Peru has reduced compliance with environmental laws in an attempt to attract foreign investment”, The New York Times revealed.

In 2016, the Peruvian government fired the president of the Forest Resources Oversight Agency, Rolando Navarro, after executives from the timber industry protested the seizure of timber from the Amazon by US officials.
Also, last week, the Peruvian government greatly limited the agency’s authority, which was founded to comply with the agreement.
“During the past decade, the US Congress has granted Peru $90 million US dollars in assistance with the aim of increasing the application of the law”, the aforementioned media explained.

They also said that in 2015, officials of the US Department of Homeland Security in Houston, based on the intelligence data of their Peruvian counterparts, seized 1,770 tons of wood from the Amazon forest they found in a rusty freighter.

However, since then the application of the laws has decreased, and illegal deforestation is increasing, according to an investigation by The Associated Press, said the media.

Peru Seeks Innovative Ways To Fight Deforestation In The Amazon

Why You Should Visit Peru According...

What is Seco de Chabelo? Make...

The Mermaid and Legends of Gocta...