Top Stories
Video Recipe: Learn How to Make Peruvian Alfajores
Travel Updates: Coronavirus (COVID-19) Outbreak in Peru
The Great Creations of the Paracas and Nazca...
A Visit to Tambo Colorado: The Resting Spot...
A Sigh of Tasty Relief: Recipe for Peruvian...
Trujillo’s Spring Festival: A Great Celebration Of Northern...
Gran Pajatén: The Ancient Ruins so Precious You’ll...
Live Master Class: How to Use Peruvian Ingredients...
These Are the Top 5 Destinations in Peru
Vote for Peru in 2020 World Travel Awards
Home Environment 17 Animals in Danger of Extinction in Peru
EnvironmentThe latest news about Peru 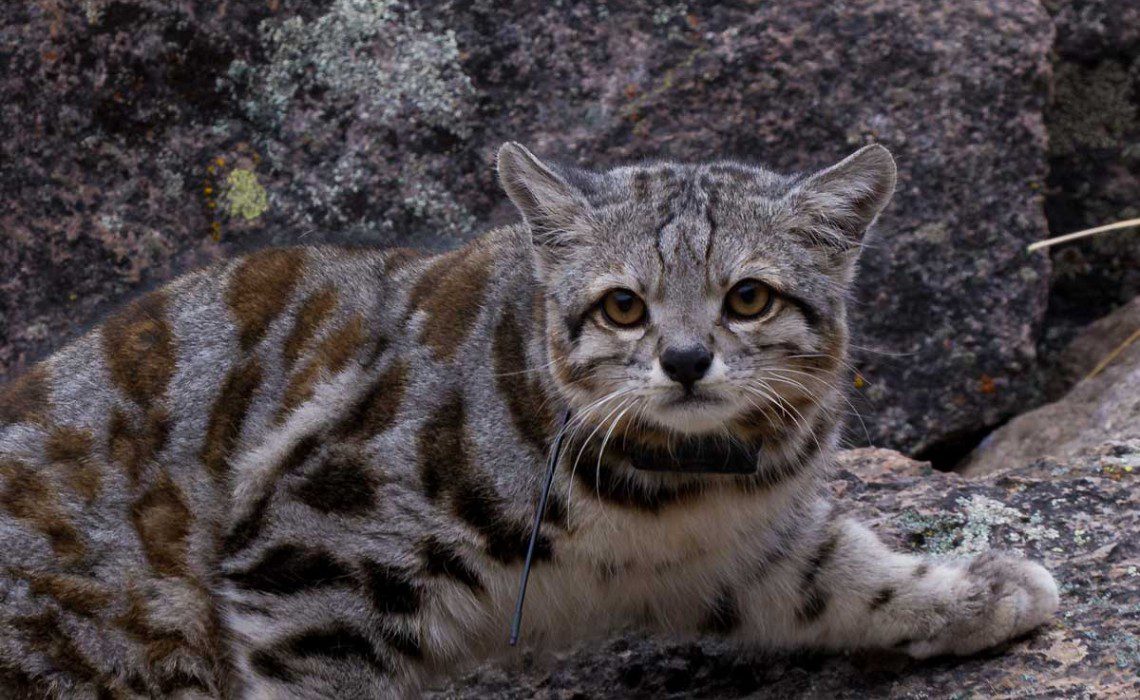 The biodiversity in Peru’s Amazon is vast. Yet, many animals are in danger of extinction wildlife trafficking and indiscriminate deforestation.

The following is a list of 17 animals that are in danger of extinction in Peru, according to the newspaper La República:

It is a small-sized bear that is also known as the spectacled bear. What most characterizes this species is the presence of white or yellow spots around the eyes, which sometimes reach the throat and chest area.

This is a bird that lives in the mountain range of the Andes and its situation of extinction is currently the most serious in Peru.

Despite its name, it has no close kinship with bears. It is one of the animals in danger of extinction in Peru, because of its natural predators: jaguars and pumas.

It is one of the least known cats in the world. It is not only in danger of extinction in Peru but is also considered the most threatened species in the Americas.

It is a kind of deer and the smallest deer that exists, it reaches up to 33 centimeters in length and 7 kg in weight. In Peru, it is most threatened by forest destruction, illegal hunting, dog attacks or abuses to its species.

It lives in the Amazon River basin and represents one of the five species of water dolphins that live on the planet. However, it is in danger of extinction as a result of the destruction of dams, canals and the diversion of natural rivers.

It is an exotic animal that inhabits the surroundings of the Andes Mountain Range, especially in Peru, where it is currently considered to be in danger of extinction. Among its main threats is the loss of its habitats as a result of slash and burn.

Also known as a Jaguar and is the only one of the five current species of this genus found in America. This species has already been practically extinguished in the United States.

It is a species of simian primate that lives in difficult mountain areas. It is estimated that in the north of Peru there are a total of 250 specimens, which is why it is considered in danger of extinction.

A post shared by Global Forest Generation (@globalforestgeneration) on Mar 21, 2020 at 2:29am PDT

To date, it is estimated that there are only about 250 individuals of the in the south of Peru, of which 150 are in the sacred valley of Cusco.

It is a species of bird that is found in the jungle of Peru, near the fertile plain of the rivers, in well-drained areas.

It inhabits the Amazon region of Peru and lives in the treetops, where it feeds on fruits, roots and seeds. Poaching and deforestation are the main factors that are in danger of extinction.

It is possible to find it along the South American coast and it feeds on marine animals and some birds that it manages to hunt. Peruvian legislation maintains programs for its conservation in the Paracas National Reserve.

A post shared by Jaguar Identification Project (@jaguaridproject) on Feb 21, 2020 at 4:11am PST

It inhabits all of the Amazonian areas in Peru and hunting is the main threat to this animal.

It is endemic to the north and central coast of Peru. This animal is threatened by the growth of cities, which causes the destruction of their natural habitat and makes them vulnerable to being trampled and killed for fun.

This bird, named pava aliblanca in Spanish, is in critical danger, and it is estimated that there are only two hundred or less of them in Peru.

An endemic species from Peru, specifically from the area surrounding the Utcubamba River. It is in danger of extinction because it is hunted as a form of entertainment.

For more news and ways to support wildlife conservation, head to mongabay.com.

This article has been updated from its original publication on February 8, 2019.