The Empowerement of Peruvian Women

Yesterday the world celebrated the international day of the girl child. Today, Fernando Calle reflects on the role of females in modern Peruvian society.

I grew up in a middle-upper class home in Lima, Peru. Both my parents worked and shared responsibilities. So I came of age witnessing teamwork in action, my father running his business and my mother and her career as an educator. Being brought up by a high school teacher was great and a lot of fun in my opinion. But also I saw my mom dealing with the heaviest weight of the responsibilities at home. Since my dad was mostly away for days and sometimes weeks at a time due to the nature of his business, well Mom had to become multitasked; maneuvering her time between us kids, our school work, our activities, the house plus her own duties as a teacher.
I still remember so many times asking Mom to come to bed already, but she couldn’t due to either her preparing classwork, grading papers or writing final grades on her control sheet. I also recall many summer vacations where she had to go to workshops for like three months to earn her continuing education credits, missing out on our summer vacation events.
I come from a family of educators. Both my aunts were also teachers and they were very strict about homework and school. Maybe this is why I enjoyed the academic life so much, it was a great upbringing. In fact, all the ladies in my family were all working women and this was thanks to my grandpa whom I loved dearly. He always put that little seed in his daughter’s heads, about becoming independent and getting an education. “Do not depend on any man”, he used to say. As I grew older I followed my grandpa’s footsteps. I had four daughters just like him and always taught them to become independent.
As I grew older I followed my grandpa’s footsteps. I had four daughters just like him and always taught them to become independent. Obviously, it was much easier to do so, since they grew up in the States.
The point of my story is that even though our country is a very machista society, I have noticed since my arrival back to Peru a big change towards the better as far as how Peruvian women are finding their place in society. I embrace this healthy change and I really hope it continues. I think Peruvian women have come a long way and need to continue on that path. After coming back to reside in Lima after being gone for so many years, this was one of the positive things I noticed about the growth in our society.
I saw women in many different sectors, such as the government for example, where we had a female Presidential candidate and up to now where we have a female Prime Minister newly elected. In the educational system especially like the institution where I worked as an English teacher 80% of the staff were females. They held the highest positions in the Institution. In the business world also female power is present. But the most refreshing experience I had was when I was teaching University students usually in the Advanced levels where I could actually have a debate with them about any issue.
The unanimous opinion from the female students was that their career was a priority. Being a mother and having a family had taken second, third or even fourth place in their future plans. These young ladies were full of life projects and they felt like they needed no man preventing them from doing so. I was refreshingly shocked about this. Also the careers they had chosen to study were no longer FOR MEN ONLY. I thought this was also a step forward to a modern society. Women play a larger role in our society. A lot of them have become the bread winners in their household doing all types of jobs. I saw some ladies driving buses, taxis and of course are street vendors.

The downside of this story is that we as a society hold one of the highest incidences in femicides and rapes.

Unfortunately, we have not evolved all the way just yet. But in my opinion, as I always tell my students and I can’t help to compare us with the American society which I consider my second home; laws in the states are very strict about these issues. People do go to prison for years, their records are stained for life. Difficult to find work after being released. This is a powerful deterrent for males. Men in the States do fear the Law and are scared of the consequences of their actions. A 911 call from a battered woman will get an immediate response. I think that’s where the big difference lies is that men in Peru can careless about the Law. They know the law doesn’t work here and it doesn’t protect women enough. I’m talking about the judicial system and the response from the police to any type of emergency. I understand that there has been an effort to better this situation but so far it has not worked. Much more needs to be done.
I want to praise all women who played such a big influential role in my life. Especially my dear Mom who is such a great woman in every sense of the word. Female power all the way! 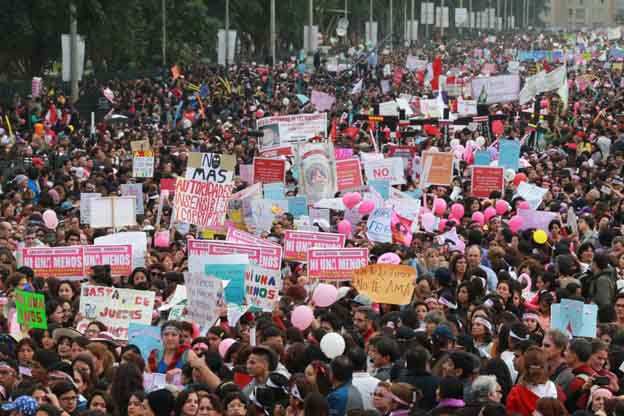 #Marcha8M: The Route Of International Women’s Day Demonstration in Lima 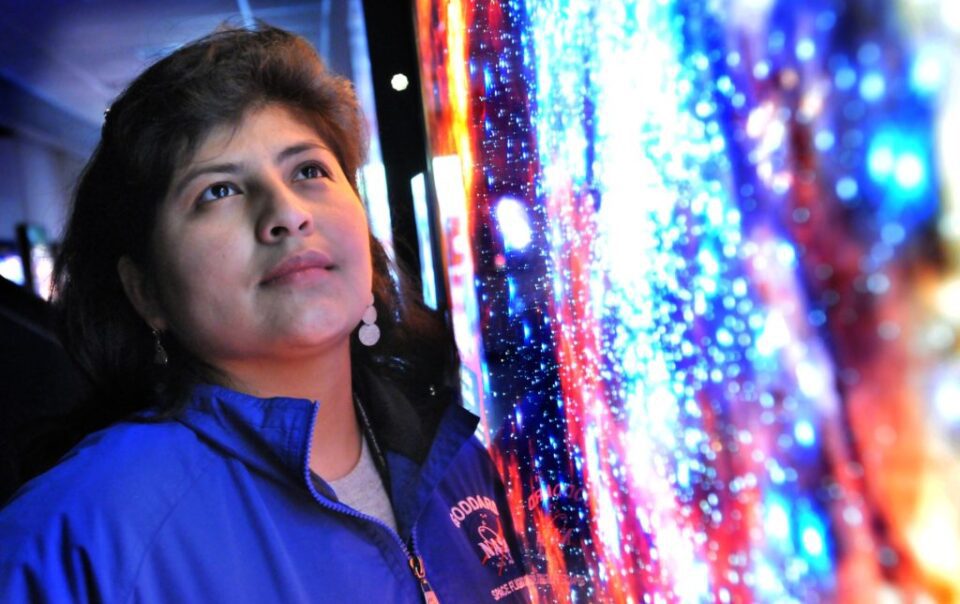 Aracely Quispe: 5 Impressive Facts About the NASA Engineer from Peru