Every district holds its own celebration in the town’s central plaza, and much like in other countries, there are parades and festive activities galore.

How did Peru gain its independence?

On July 28th, 1821, Argentinian freedom fighter, José de San Martín, declared the territory of Peru independent from Spanish rule right in the middle of Lima’s Plaza de Armas. The Battle of Ayacucho was where the most definitive battle occurred under the watchful eye of Simón Bolívar. This battle concluded Peru’s long fought struggle for independence, but Simón Bolívar ultimately overstayed his welcome in the country itself. This is why San Martín is more highly regarded than Bolívar in Peru. You will likely hear his name much more often during the celebrations. San Martín‘s brave actions introduced a new period in South American history.

What can you expect during Peru’s Fiestas Patrias?

Whereas in other countries independence day celebrations are just that, a single day of celebrations, Peru finds a way to make it nearly a week! In Lima, the Plaza de Armas becomes the central stage for some of the best Fiestas Patrias festivities in the entire country. You might be thinking a city of 9 million people could become impossible to navigate on such a day as Independence Day, but fear not, the crowds are actually quite easy to navigate, a welcome and unexpected change from experiences you may find in your own country. 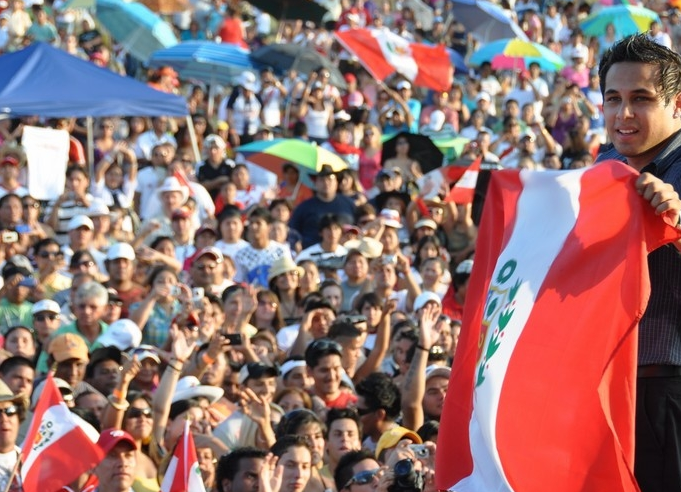 What do the Fiestas Patrias celebrations consist of?

Like your home country, Peru’s Fiestas Patrias celebrations include fireworks, live music, and plenty of tasty food enjoyed in public gathering spots. Pair that with the fact that Lima is considered the food capital of the world by many and you can only imagine how delicious this day can be, but no matter where you find yourself in Peru, your taste buds will experience whole new sensations. Expect extravagant fireworks displays and live music to bring the whole experience full circle. You’re bound to meet people from all over the world, especially in Lima, a well-known cultural melting pot. The prevailing atmosphere of fun and enjoyment carries through the entire week.

If you’re looking for new things to experience, and new people to meet, there is no better time and place to do so than Fiestas Patrias in Peru.

Travel to Peru to experience this week long event of independence, take pictures, and make some new memories. We would love to hear about them!

Join our Patreon Community to support more content like this, and help us promote all the great things Peru has to offer!
celebrationfestivalfiestas patriasindependenceindependence dayLimawar of independence
FacebookTwitterWhatsappEmail