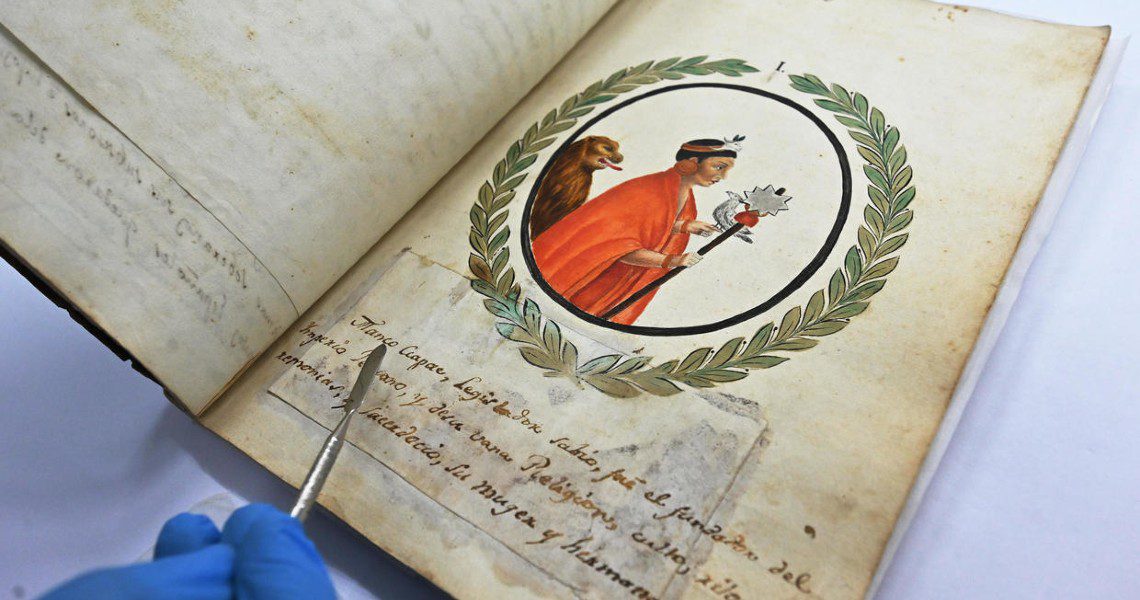 The extraordinary manuscript written by a descendant of Inca nobility was taken during the Chilean occupation, and acquired by private Brazilian collectors who have returned it to the Peruvian State.

The document, entitled “Memories of the Peruvian monarchy or outline of the Inca’s history,” was written by Justo Apu Sahuaraura Inca (1775-1853) in the 1830s. Sahuaraura was a descendant of the Inca emporor Huayna Capac (1493-1525), and considered himself “the last descendent of the Inca’s imperial line,” reports AFP.

The invaluable manuscript recounts the history of the Incas through the arrival of the Spanish and conquest of Cusco. It also includes illustrations in color of various Incas, which is pretty rare for a document from that time.

Sahuaraura also writes about Inca Garcilaso de la Vega, one of the first known mestizos in the Americas. He was the son of a Spanish conquistador and Inca noblewoman, and a chronicler of Inca history.

The document is one of thousands of books and manuscripts stolen from Peru’s National Library by Chilean forces during its occupation of Peru during the War of the Pacific (1879-84).

Since then, Chile has returned more 4,500 books to Peru. However, the document written by Sahuaraura was acquired by private Brazilian collectors who also agreed to return it to Peru. According to the director of private collections of the national library, “it took a decade of negotiation for this manuscript to be returned.”

The manuscript has been digitalized and can be consulted online.