What the Teachers Strike Reveals about Cusco’s Current Crossroads

Teachers strike discredited and now the target of blame as the tourist industry suffers in Cusco.

Teachers in Cusco have been protesting for over a month demanding higher salaries.

They are asking the President of Peru, Mr Pedro Pablo Kuczynski, to follow up with his promises as a candidate during the presidential campaign last year in which he committed to raise the teacher’s salary from 1,400 soles ($548 USD) to 2,000 Peruvian soles ($615 USD) per month in the first year of his administration.

These broken promises have been the main reason for the teacher’s long strike.

Since then, several attempts to come to a mutual agreement have failed.  The inability of the Peruvian government to come up with a viable solution to this problem has damaged the welfare of the students and has put them at risk of losing a full year of school.
Cusco is a region primarily dependant on the travel industry.  It has been severely affected by these strikes as the teachers have managed to paralyze the travel industry right in the middle of the peak season. Due to the shutting down of roads, blocking of railways and a failed attempt to shut down Cusco’s airport, businesses related to the travel industry have seen a decline in their sales.

Because of the instability, some tourists canceled their scheduled trips.

The ones already traveling in Peru either experienced a lot of hardships during their stay in Cusco as they tried to reach their destination at Machu Picchu or had to leave the city entirely.

Such chaos has irritated the owners of these private entities, all of which has revealed the following contradictions of this society.

The population of Cusco has been severely polarized around this issue, and the Peruvian government has seized these divisions to weaken and discredit the righteous demands of the teachers.

It is worth mentioning that for a little while, some progressive Cuzquenian people saw these marches as justified when thousands of parents and school kids came out to the streets in support of the demands of the teachers. But as the days went by, even some of these progressive people began to resent the teachers for threatening the normal workings of the travel industry and the accusations hurting the local economy begun falling upon them.

In contrast, some other not so progressive people led by the association of travel companies organized a “March for Peace,” in which they were both subtlety and openly blaming the teachers for the problems that these protests were causing to their immediate personal financial interests.
All of it, while demanding an end to the “violent protests,” even though no tourist or anyone working in this industry or elsewhere had been physically hurt.  It is likely that they referred to the blocking of roads and the confrontations with the police which in any case were the ones who violently repressed the teachers.

Supporters of the teacher’s strike accused this group of hypocrisy and double standards, arguing that they had never stood up for the rights of the tourists that they claim to defend.

“For instance, the outrageous costly train and airline tickets that Peru Rail and Lan charge to foreign individuals have never mobilized them to protest and defend the travelers’ interests.”

More specifically, they were referring to the endless list of complaints and abuses against local people and tourists of which some travel corporations have been accused of being silently complicit. For instance, the outrageous costly train and airline tickets that Peru Rail and Lan charge to foreign individuals have never mobilized them to protest and defend the travelers’ interests.

Dependability and vulnerability of the local economy.

Something else that has become self-evident in this situation is the serious weakness of Cusco’s economy.  The city mainly runs on the money that visitors spend in the travel industry, which in turn becomes the number one source of employment for people in the region. Everybody who works in tourism understands that this is a very sensitive industry and that any kind of adverse political or environmental change could damage the travel sector badly and bring the flow of tourists down. 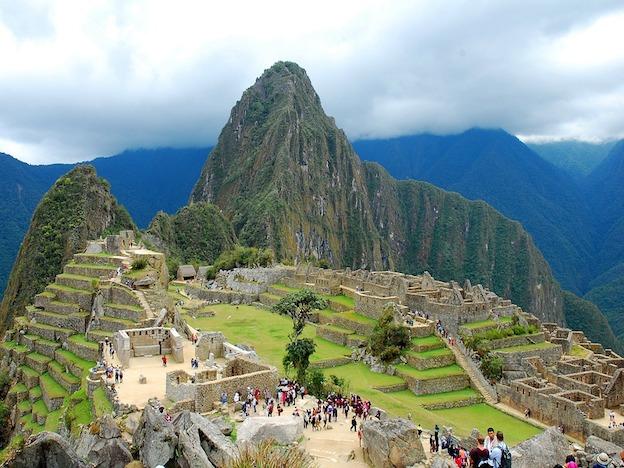 Failure to diversify the economy to create sustainability.

Such situations deserve to be taken seriously. The central Peruvian government and the local, and regional governments have failed to create a sustainable economy that would allow other industries to replace the losses of the travel industry in situations like the one Cusco is in currently.

Peru is a country that fuels its economy by exporting raw materials such as minerals and natural gas.

Both of which are extracted from the Cusco region. The money obtained from these activities, however, is never allocated to other industries like agriculture, manufacturing or commerce that could exist independently of the travel industry.

These strikes expose the extreme vulnerability that all workers, porters, farmers and small merchants -who hold the same interests like the teachers whether they know it or not- face when the travel industry comes to a halt. An industry that in times of peace benefits the owners of private businesses overwhelmingly.

Nobody knows what the outcome of the teacher’s strike will be, but it is easy to foresee the grave consequences of it if things do not find a convenient solution soon.

Inside the National Afro-Peruvian Museum

Roldan Pinedo and the Artisans of Cantagallo in the...

This is quite a one-sided blog and it bothers me. The underdog is NOT always right ! I could make a lot of comments about this blog, but the main thing is that this strike tells me more about the level of education and intelligence of Peruvian teachers in general. Because, if you even think (!) that a promise of a salary raise of not less than 50%, made during an election campaign by one of the candidates, is for real, you must be OR very religious OR you still believe in fairytales. If you can not see the difference between the real world and election campaigns, that’s really sad. Again, we are talking about teachers, don’t you forget that !
And what they don’t understand, either, is that this strike is hurting mainly the people who are trying to make a living and to pay taxes, what (in the end) pay the salary of the same teachers. You did not became a teacher to get rich, isn’t it?
This unjustified social unrest is not helping anybody, it just gives Peru a bad name internationally. On behalf of all the people who work in the tourism industry, and who pay the salary of teachers: Thank you very much, NOT !!!
These people teach the children of Peru! Try to imagine what example they are, and what impact this has on children. Luckily my children don’t attend a state run school. It is really sad to see this country suffer under such low standards for education.
It is scientifically proven that money never was, is, or will be a motivator to do your job better. So, a raise will not solve anything. Even a raise of 5% for the teachers would be more than outrageous !
I see nobody striking in this country for a better education system. Ask yourself why?