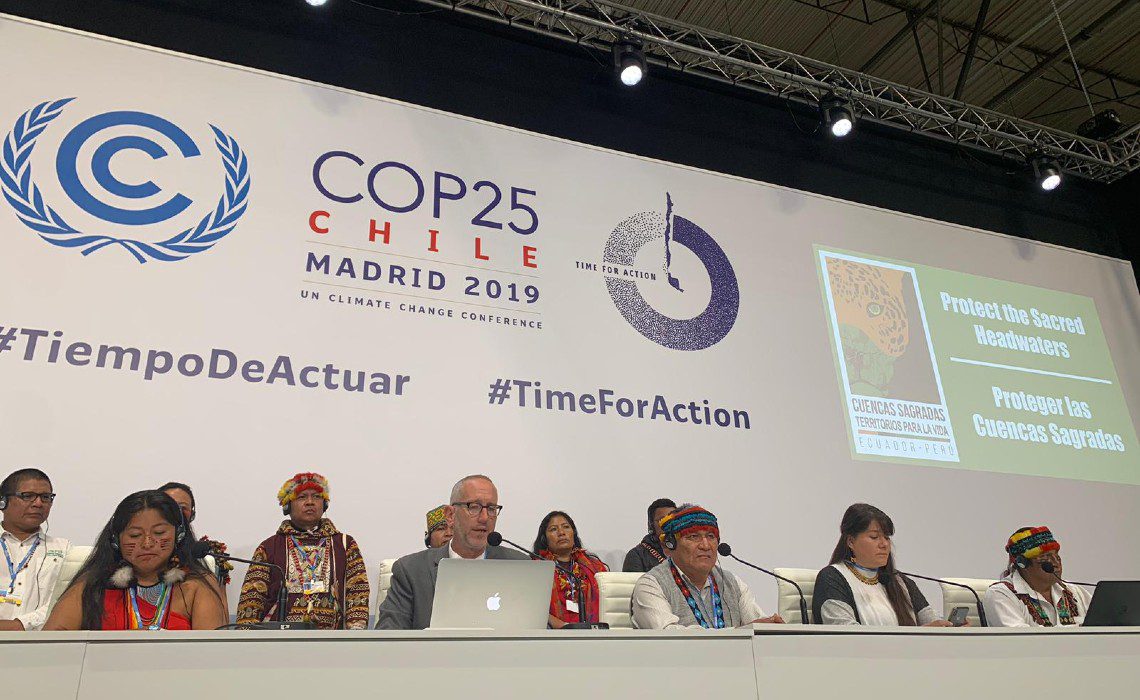 A delegation including indigenous leaders from Peru and Ecuador asked for a moratorium on new oil drilling projects in the Amazon at this year’s UN’s COP25 summit held in Madrid, Spain. BBC reports that Amazon Watch presented a report showing how the two nations are planning to auction off untouched areas of the Amazon for oil extraction projects.

Included in the delegation were Amazon Watch’s Climate and Energy Director Kevin Koenig, and Lizardo Cauper, Shipibo environmentalist and President of the Interethnic Association for the Development of the Peruvian Rainforest (AIDESEP).

The report lays out that the oil extraction projects would affect approximately 30 million hectares of Amazon rainforest between the two countries. An estimated five billion barrels lay below this area, which according to BBC, means a potential two billion metric tonnes of CO2 would be released into the atmosphere.

Other harmful consequences includes the deforestation that comes with building new roads and infrastructure for oil extraction sites sites. Not to mention the illegal logging that would ensue.

500,000 indigenous peoples who have land titles live within this area (which is the size of Italy), in addition to the valuable biodiversity that would be placed in danger.

The delegation pointed to the fact these projects are a response to Ecuador’s need of boosting their oil production due to the large debt it has to China. As for Peru, Koenig notes that there is a discrepancy “between what countries are committing too and what they are actually planning to do in terms of fossil fuel expansion.” Though Peru promotes the conservation of peatlands in some areas, it is also planning potentially devastating oil drilling projects in others.

Cauper states, “the indigenous [peoples] from Peru and Ecuador, can work hand in hand with governments and philanthropists in the creation of a new economic model for the Amazon Forest.”

Join our Patreon Community to support more content like this, and help us promote all the great things Peru has to offer!
Amazon rainforestamazon watchbiodiversityCOP25environmentindigenous communitiesoiloil contractsoil drillingUnited Nations
FacebookTwitterWhatsappEmail