Top Stories
Travel Updates: Coronavirus (COVID-19) Outbreak in Peru
Peruvian Products with Intense Flavors for Curious Foodies
I Went to Machu Picchu During COVID-19 and...
5 Things to Know About Panetón: A Peruvian...
Visiting Ayacucho? What to Know and Do for...
Zig Zag Restaurant in Arequipa: A Fusion of...
The Complete Travel Guide to Visiting Arequipa: What...
Pezcadores: Delicious seafood off the beaten path in...
Peruvian Recipe: How to Make a Warm and...
7 Attractions in the Amazonas Region of Peru...
Home Sports Dakar Rally Pilots Worried About Possible Cancellation Of The 2019 Race
SportsThe latest news about Peru

Dakar Rally Pilots Worried About Possible Cancellation Of The 2019 Race 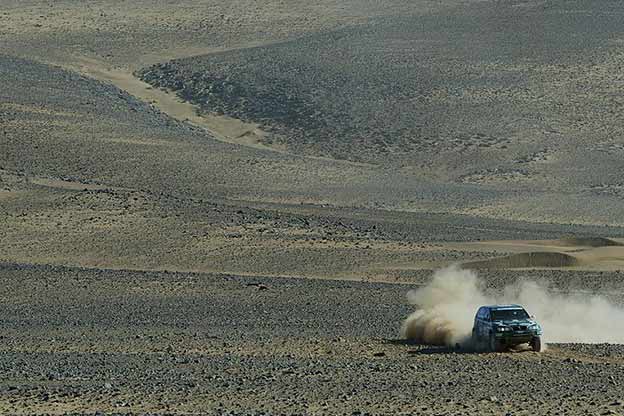 The Peruvian pilots participating in the Dakar rally expressed their concern about an eventual cancellation of the commitment of the Government of Peru to host the 2019 edition of the race.

Next year’s event had been announced as the 100% Peruvian Dakar, with a tour entirely on its territory, said Gestión, and the Peruvian government is considering the high costs of organizing this race, which involves the payment of $6 million US dollars to Amaury Sport Organization (ASO), the organizer of the rally, as well as other additional disbursements whose amount could reach $25 million US dollars.

In a letter addressed to the Prime Minister, César Villanueva, the pilots asked the authorities to remain firm in their commitment to host the race.

The pilots also recalled the “negative impact on the Peru Government image internationally” that led to the cancellation of the Dakar 2016, which forced the organizers of the race to limit the course of that edition to Argentina and Bolivia.
“With all the advanced preparations and investments made, the Government decided to reverse its participation in the race, a fact that not only hurt us but also the thousands of Peruvians involved directly or indirectly with the competition,” they expressed in the letter.

In addition, the pilots explained to Gestión that since the race was announced on January they have already invested in vehicles and in training their teams, as well as in gathering the money to register in the race.

“The ‘Dakarians’ also reminded the Peruvian Executive that, in the 2018 edition, the Dakar left in Peru a media impact valued at $54 million US dollars and an economic impact of $40.5 million US dollars on tourism, with only five days of competition, according to the figures of the Ministry of Foreign Trade and Tourism”, you can read in Gestión.

Dakar Rally 2019 Will Take Place Only In Peru

Dakar In Peru Will Have Short And Intense Stages