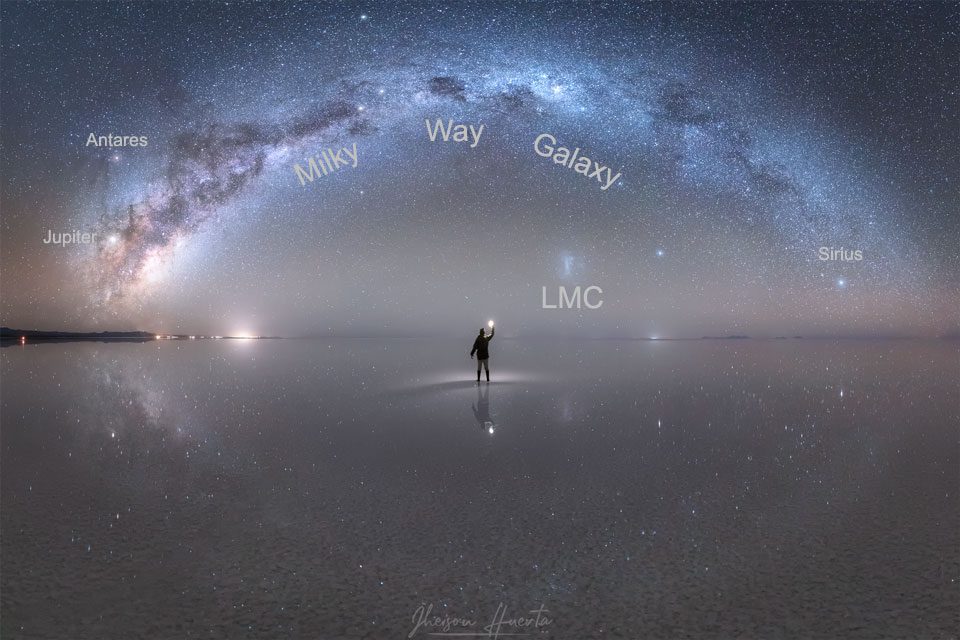 A Peruvian astrophotographer captured a picture of the Milky Way that caught the eye of NASA.

Jheison Huerta is the man of the hour. The Huaraz native, who is a visual artist and passionate astrophotographer, is over the moon (pun intended) by NASA’s recognition. The Astronomy Picture of the Day (APOD) is a NASA website featuring a daily space and astronomy related photograph. On October 22, the website featured one of Huerta’s.

As Huerta himself explained in a Facebook video, he and a group of photographers traveled to southern Bolivia where they stayed one night at the Salar de Uyuni. The salar is the world’s largest salt flat. After rain, the flat becomes an impressive natural mirror, allowing you to see the reflection of the stars at night. The mirror spans 130 kilometers.

It was there, on April 9, between 10:30-10:40pm, that Huerta captured the image. The photograph is a panoramic view of the Milky Way approaching from the horizon. To the left of the image you can see the Galactic Center, which is the center nucleus of the Milky Way galaxy.

The photograph is a composition of seven shots of the sky and seven other shots of the reflection below. The last frame is of Huerta standing in the middle of the flat, holding a lantern as if illuminating the sky.

The APOD website gives further information about what is shown in the photograph. For example, within the Galactic Center you can appreciate another galaxy, the Large Magellanic Cloud. The photograph also captures the Antares and Sirius stars, and the planet Jupiter sits right below Antares to the far left.  If you hover over the image, you can see the names of the stars, planets and galaxies that are magnificently shown.

Join our Patreon Community to support more content like this, and help us promote all the great things Peru has to offer!
astronomyastrophotographyJheison HuertaNASAPerustars
FacebookTwitterWhatsappEmail