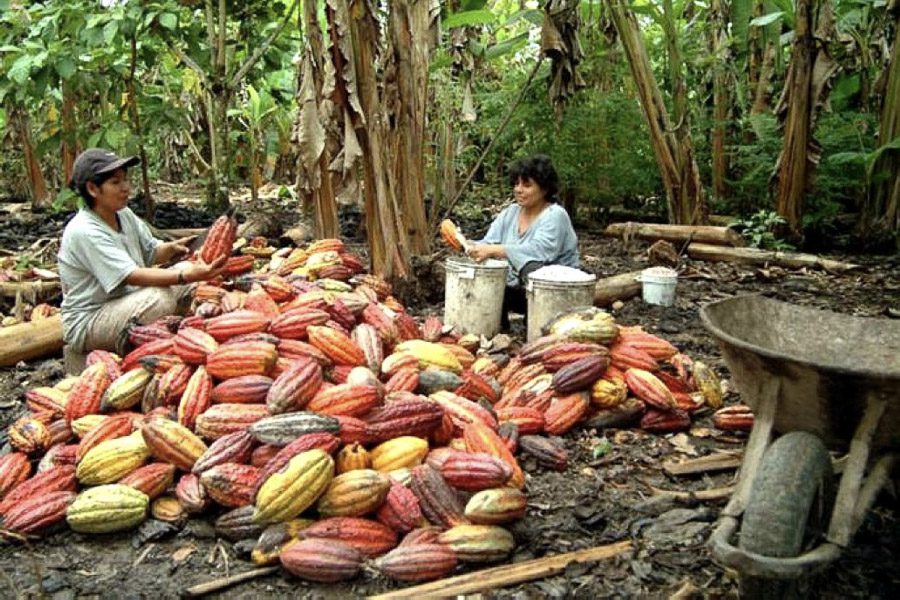 Smallholder farming poses a significant threat to biodiversity in the western Amazonian forests of northeastern Peru, one of the most biodiverse places on Earth, a study led by researchers at Princeton University has found.

Smallholder farming poses a significant threat to biodiversity in the western Amazonian forests of northeastern Peru, one of the most biodiverse places on Earth, a study led by researchers at Princeton University has found.

In the southeast Amazon, large-scale, mechanized farming and ranching are driving forest loss, but smallholder slash-and-burn agriculture is the primary driver of forest destruction in the western Amazon, considered to be the largest intact tropical forest wilderness remaining on Earth. Small-scale agricultural operations are generally considered to be much less harmful to wildlife than the wholesale clearance and conversion of forests to pasture or cropland, but the study, published in the journal Conservation Biology in May, shows that small-scale farmers’ activities are having a substantially negative impact on wildlife and plant life all the same.

The study looks at the species composition and distribution of birds and trees in the Amazonian lowlands of Peru’s Loreto Department. Lead author Jacob Socolar is a bird expert who led the research as a Ph.D. student while working in the lab of David Wilcove, a professor of ecology and evolutionary biology at Princeton and a co-author of the study. Together with Elvis Valderrama Sandoval, a botanist at the Universidad Nacional de la Amazonía Peruana, Socolar and Wilcove examined four habitat types where small-scale slash-and-burn agriculture is taking place — upland forests, floodplain forests, white-sand forests, and river islands — and compared their findings in those areas with relatively untouched, primary forests.

“We wanted to know how tropical biodiversity responds to smallholder agriculture across the wide range of different forest habitats that typify tropical forest landscapes, and the Western Amazon is a good place to ask these questions,” Socolar, who completed his Ph.D. in 2016 and is now a postdoctoral researcher with the Norwegian University of Life Sciences and the University of Sheffield, said in a statement.

He added: “We called the paper, ‘overlooked biodiversity loss’ because the situation at the landscape scale is worse than we would’ve guessed by studying one habitat at a time.”

Using bioacoustic recordings and visual observations, the researchers recorded 455 total bird species in their study sites (making it one of “the richest single-observer point-count datasets ever assembled” for birds, the researchers note in the study). The team also identified 751 total tree species during the course of their field work. But it was the different patterns of responses to small-scale farming exhibited by birds and trees that became a defining feature of the study, Socolar said.

The researchers found numerous bird species in areas that had been slashed-and-burned — in some cases, these farmed areas had even more species present than comparable sites of intact forest. But once all observations had been counted and analyzed, intact sites were found to harbor significantly more bird species than farmed sites. Disturbed areas were only used by a limited number of species, Socolar and team discovered, whereas species composition in intact sites varied across the different forest habitat types they studied, leading to a much higher number of species overall being present in those areas.

Socolar and co-authors note in the study that these biodiversity losses would not have been detected had they not focused on multiple habitat types: “These overall losses are invisible to studies that focus solely on upland (terra firme) forest.”

The team found a far less nuanced response by trees to small-scale farming. Their observations showed, perhaps unsurprisingly, that far fewer tree species persist on cleared land than in intact forests. The researchers suspect that fewer tree species in disturbed sites also means fewer insects and other small animals, which would have serious implications for the region’s entire ecosystem.

“Smallholder agriculture turns out to be a very serious threat to biodiversity, closer in impact to clearing the forests for cattle pastures than we had imagined,” Wilcove said in a statement. “What’s worse is that smallholder agriculture is the dominant form of land-use change in Western Amazonia, and it is likely to get more widespread in the coming decades.”

The researchers say their findings have important implications for conservation policy in the western Amazon region. One potentially exacerbating factor of biodiversity loss from smallholder agriculture operations could be the construction of new roads. The authors cite the example of the Interoceanic and trans-Amazonian highways of Peru and Brazil, which “promoted rapid smallholder expansion along their routes,” and note that “plans exist that would dramatically alter the roadless character of much of the Peruvian Amazon. Furthermore,” they add, “most of western Amazonia is covered in hydrocarbons concessions, the development of which would provide additional road access for settlers.”

The study’s findings could help point a way towards mitigating the impact of future development in the region, the researchers write in the study: “Overall, our results show that the continued expansion of smallholder farming will substantially erode western Amazonian biodiversity. However, in the context of one of the most intact and least populated tropical forest landscapes on Earth, we are optimistic that proactive planning can meaningfully conserve regional biodiversity.”

The key, the researchers say, will be to ensure that policies that promote smallholder agriculture in the western Amazon are implemented in such a way that they limit expansion of forest conversion rather than encourage it.

“Even though smallholder agriculture supports high biodiversity at small spatial scales, we cannot lose vigilance regarding the overall threat posed by smallholder expansion,” Socolar said. “If we do, we pay a price in extinctions. We want this study to serve as a larger warning. It’s probably not just a fluke of the Amazon — these findings could extend to other habitats. We’re lucky to work in a place where there is still plenty of land to go around for both farming and conservation. Being proactive is possible, moral and reasonable.”

These Photos of Llamas Are Everything (You Are Welcome)

The Coca Leaf Is Life: What Makes This Plant...

Uyway (The Seed): A Film About the Importance of...