This is what it was like to live in a colorful global travel community in the mountains above the Sacred Valley.

A place we found through word of mouth

From where I was living, on a mountainside a few hundred meters above the Sacred Valley in the Andes of Peru, I could see gigantic fields of bright green corn-stocks, I could hear the constant roar of buses coming by my house as they climbed the switch-backed mountain on their way to the ruins: dozens of structures, from the era of the Inca as well as before, consisting of temples, ornate water fountains, citadels, a burial ground. I was living at a house of a few locals, whose family had lived on this land for multiple generations. During recent years they opened up their home to visitors. From the money they made, they’ve built a couple of rooms, turned their vacant land, surrounding the house in all directions, into farmland, strictly organic. There is no sign for the property, you have to hear through word of mouth.

With the other residents of the house, I shared a modest kitchen with no refrigerator. Our tap water came from a nearby creek. Though we felt ourselves to be living off the beaten track, there were some 6,000 people that lived in the mountains above us, mainly as potato farmers, corn farmers, and llama herders, who were following the traditions and lineages of Inca ancestors. We were surrounded by mountains, sacred , overtaking the horizons, spotted with farms and pastures, grazed by cows, at shockingly steep angles and heights.

I was living with a handful of others, from Switzerland, Germany, England, the Netherlands, the United States, Argentina, most of who are living here for months or more.

Ed was in his late sixties and traveling alone. I met him in the previous summer at a gathering in Montana, and just a few weeks back, bumped into him while wandering through Cusco. I naturally invited him to live with at Casa Camacho. He has land in Montana that he’s tended for over thirty years, but leaves for the Andes during the coldest months of winter. He stayed only one night, then moved on for Lake Titicaca, where he would hope for blue skies to see the stars, and to look for a comet that was suppsed to pass.

Verena is here to work on , funded by the association she and a few friends started in Germany. The association’s goal is to engage children and teenagers and to encourage self-expression. She arrived in with 4 others, carrying out projects in different parts of Peru. She then started working on her own, helping teenagers get involved with visual arts.

While Keagan was living there, he devoted his time to art, playing music, getting involved with the healing community and working with medicinal plants. Before that, he was living in New Orleans, part of a communal art of more than a dozen others. He’d been living at the house for a few months, with plans to stay for a few months more, surviving in part off of the money he’d made from selling his art. Like so many other talented artists, he spent countless hours in his room at but didn’t talk about his skills as an artist unless you asked him to show you his work. When I asked him what he is doing in Peru, he responded to me “I am here for the grand reuniting opposites” in a slightly sarcastic tone.

Anthony received degrees in psychology and political science, then spent a few years traveling, spending chunks of time in Western Europe and India. Since one of the reasons he came to the Sacred Valley was to learn about shamanism and to become a healer, he said that one of the most important things he was doing at the time was learning to heal himself. After meeting and spending time with various shaman in the Andes and in the Amazon, and seeing how healing traditions of these places have been commercialized, and after meeting so many who offer their services with the intention for profit, instead of with the intention to heal, he said he’d also learned about the kind of person that he doesn’t want to be.

Neils and Camile got engaged just a few weeks before arriving Casa Camacho while wandering through Inca ruins. Together they were traveling the world and were brought here partly by work. Neils started his own business, analyzing other businesses and offering recommendations on how they can run more harmoniously. In regards to the goals of his work, he “I want to encourage environments of transparency and transience, and at the same time fusing business and spirituality”. He knew he was a visionary in what he was doing, and it seemed that he put all possible energy into his work, because he said he believed deeply in what he was doing.

Camile never seemed to stop working as a healer. Within hours of their arrival to the house, she had Keagan, Anthony, and Michael with her in a circle, one person at a time laying face up in the grass, certain parts of their bodies scanned by her laser. She has a strong voice, full with conviction, constantly offering us insight and advice. She carried with her various books, a small leather case filled homeopathic herbs and medicines. It made sense then, that she wanted to work with children who face troubles in their lives. She said she dreamed of creating a safe space for people to be they can learn.

Mike talked about his deep calling to help others live happier lives, to offer to others the compassion that he felt was missing from his own life while growing up. At the time he said that his mind was open, and he has not decided how he would manifest this vision. “If you are going to do something, you are called into it. For me, it is about recognizing that force, and going with it” Mike explained to me. He also spoke about “bringing the condor home to roost”, by which he meant, bringing Andean influenced spiritual traditions back to his home in the United States.

Garret and Miara, girlfriend and boyfriend, just left for Bolvia. They’ve been supporting themselves by selling homemade chocolates in the streets.

There is the three Argentinians who showed up a few nights ago, two men and a woman sleeping together in a tent on the lawn. They’ve been traveling this way for over six months, finding patches of land where they can sleep for free and survive from the basic ingredients (oats, rice, yerba mate, fruits and vegitables they can carry), playing music at cafes and bars to support themselves. al living situations.

“So, what exactly do you do with your time?” I heard Verena ask one them while was giving guitar lessons to one of his friends. “Well, making good food and playing music, I think that covers it” he said.

From morning until evening a fire smoldered in the front lawn. At one point, two of the Argentinians tended to the charred pan on top of the flames, full of what they thought was a boiling San Pedro cactus they’d found nearby, only to learn later in the evening when they drank the liquid that but was instead a relative of the San Pedro, not hallucinogenic at all. This did not discourage them. Last night they found a true San Pedro cactus our house, cooked it, the drank it during the night.

If our living space was larger, and I had more personal space, I would have been with their presence. But I at the house trying to connect with nature, searching for silence, writing and reading, walking the hillsides and meeting families who’ve spent generations on the land. There was only so much that I could open my mind to at this present moment, and I felt a bit overwhelmed. 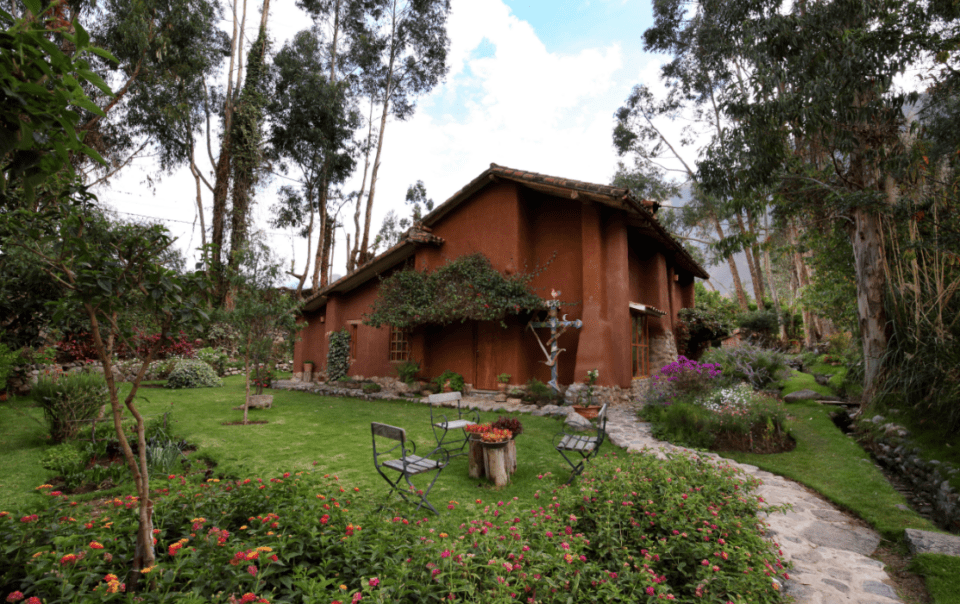 Stay in an Art Collector’s Villa in Urubamba, Peru 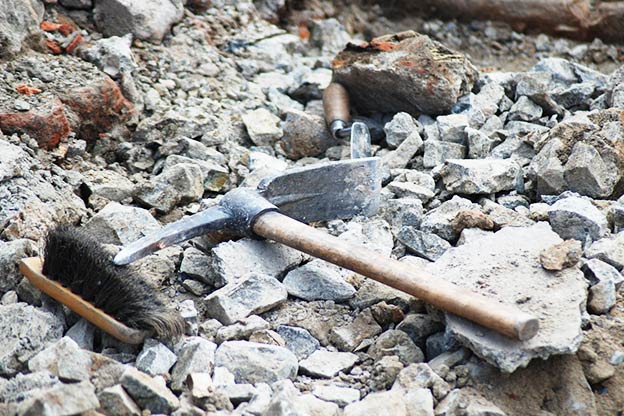 Archaeologists Believe That Mysterious Incan Baths Were Used For Ceremonies 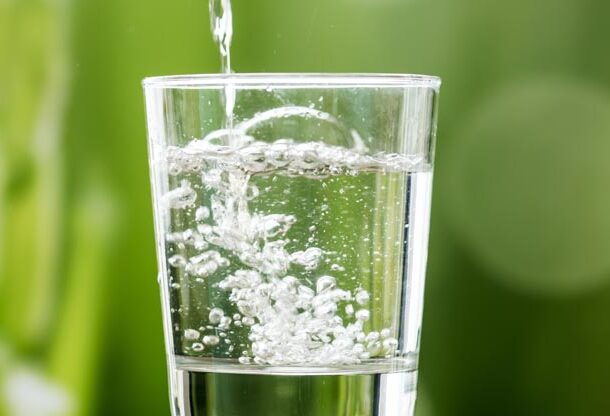 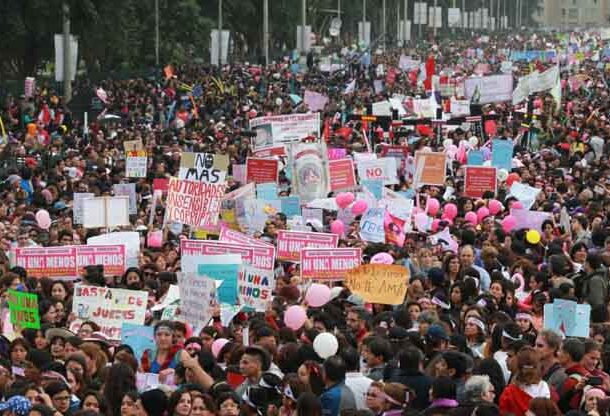 #Marcha8M: The Route Of International Women’s Day Demonstration in Lima
Next Article