The First Stage Of The 2019 Dakar Rally Has its Winners 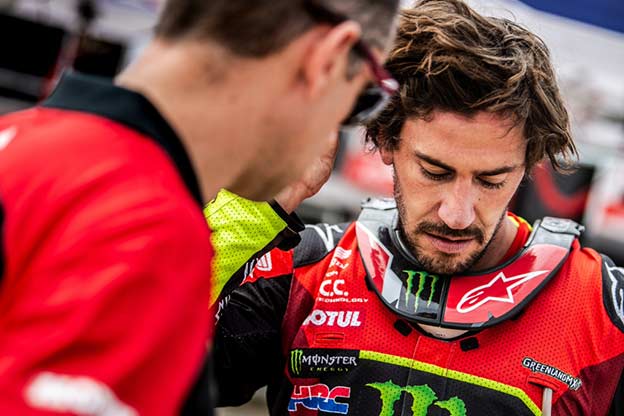 The two-time champion Nasser Al-Attiyah won the first stage of the 2019 Dakar Rally in Peru. The best placed Peruvian was Christian Málaga in the 12th position of ATVs.

Today starts Stage 2 which consists of a route between Pisco and San Juan de Marcona, according to information from Depor.
The first stage consisted of 247 kilometers from Lima to Pisco and the results were the following:
“In motorcycles, the Spanish Jon Barreda arrived first with 57 minutes and 36 seconds. It was followed by the Chilean Pablo Quintanilla and the American Ricky Brabec. The best placed Peruvian in this category was César Pardo in 38th place”, you can read in Depor.

In ATVs, the Peruvian Christian Málaga arrived in the 12th position. The first and second place were obtained by the Argentines Nicolás Cavigliasso and Jeremias Gonzalez, respectively. The third place went to the Czech Tomas Kubiena.

In cars, there were surprises, as Stéphane Peterhansel or Cyril Despres managed to be among the first three. Nasser Al-Attiyah stayed in the first square, Carlos Sainz is the second and the Polish Jakub Przygoński in the third.
Meanwhile, Reinaldo Varela led the side by side category and was followed by the Chilean Francisco López. In trucks, the current champion, the Russian Eduard Nikolaev, arrived first; and in the original category, Max Hunt took the first stage.

Join our Patreon Community to support more content like this, and help us promote all the great things Peru has to offer!
championshipcompetitionDakarDakar Rallyracerallysports
FacebookTwitterWhatsappEmail