Top Stories
Video Recipe: Learn How to Make Peruvian Alfajores
Travel Updates: Coronavirus (COVID-19) Outbreak in Peru
The Great Creations of the Paracas and Nazca...
A Visit to Tambo Colorado: The Resting Spot...
A Sigh of Tasty Relief: Recipe for Peruvian...
Trujillo’s Spring Festival: A Great Celebration Of Northern...
Gran Pajatén: The Ancient Ruins so Precious You’ll...
Live Master Class: How to Use Peruvian Ingredients...
These Are the Top 5 Destinations in Peru
Vote for Peru in 2020 World Travel Awards
Home Living in Peru Who was Chabuca Granda? Watch the Peruvian Singer’s Musical Online
Living in Peru

Who was Chabuca Granda? Watch the Peruvian Singer’s Musical Online 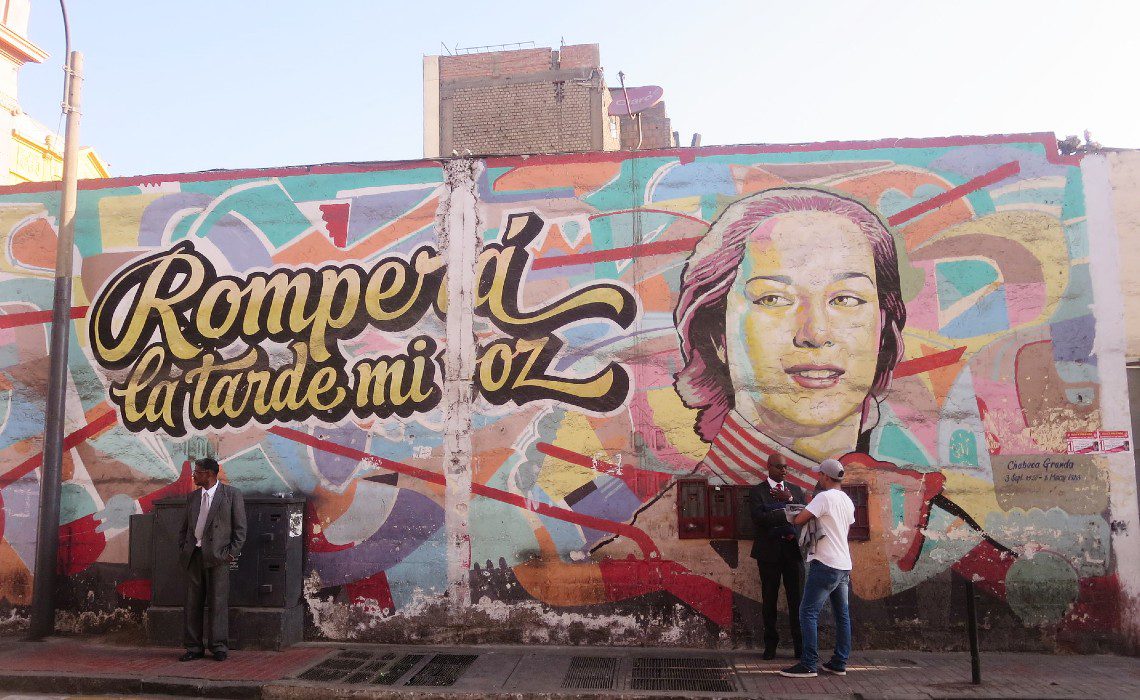 Peruvians and fans of Criollo and Afro-Peruvian music can commemorate the icon’s 100th birthday by watching the Chabuca Granda musical online.

Born María Isabel Granda Larco, on September 3, 1920, Chabuca is remembered as a great performer and composer of Criollo music. Later in her career, the performer would create quite a stir when she began taking influence from Afro-Peruvian rhythms, a style not yet accepted by the ´high-class´ scene in Lima.

A native of Apurimac, a copper-driven region in southern-central Peru, Chabuca and her family migrated to Lima when she was a young girl. Reportedly, she began singing at the tender age of twelve, whereby she was named vice-president of her school’s choir group.

Her distinctively deep voice set the singer apart, however she did not gain an immediate fan base. Some credit her divorce, a scandalous event for the conservative Lima of this time, as a promotional plus for making her known.

Perhaps her most famous song was “La flor de la canela,” or Cinnamon flower. Considered a Criollo waltz, the song was composed by Chabuca is 1950 however did not become popular until a few years later when the Peruvian band, Los Chamas, recorded a cover.

In 2016, the theater association Preludio Asociación Cultural staged the musical Dejame que te cuente, a dazzling tribute to the singer that puts on display moments in her life/career with performances of her most recognized songs.

A statue in Barranco

A statue of the national icon stands near the Barranco landmark known as the ‘bridge of sighs.’ The Peruvian singer helped make it famous in her song, “El Puente de los Suspiros.”

Due to heart problems, Chabuca Granda passed away in the United States in March of 1983. The Peruvian singer and composer would have been 100 this year.

Listen to her performance of La flor de la canela:

This article has been updated from its original publication on September 14, 2014, written by Agnes Rivera.

The Origins and Meanings of Peruvian Names

6 Interesting Peruvian Poets You Want to Check Out

The Chakana: The Meaning Behind the Inca Cross

Watch: A Woman Porter’s Story of...

How to Experience Peru From Your...