Top Stories
Ancient Inca Artifacts Found Underground by Lima Gas...
This is Why the Maras Salt Mines of...
11 Reasons Why Traveling To Peru is Good...
Is Machu Picchu Kid Friendly?
La Pasta Co. 1704 Serves Up Fresh Pasta...
These Are the Best Destinations For Birdwatching in...
10 Peruvian Drinks You Must Try
The History of Pachacamac—and the Stick that May...
Inkaterra Hacienda Urubamba: A Luxury Eco-Lodge Full of...
New Peru-Australia Free Trade Agreement

Archaeologists unveiled a 3,800 mural in Peru 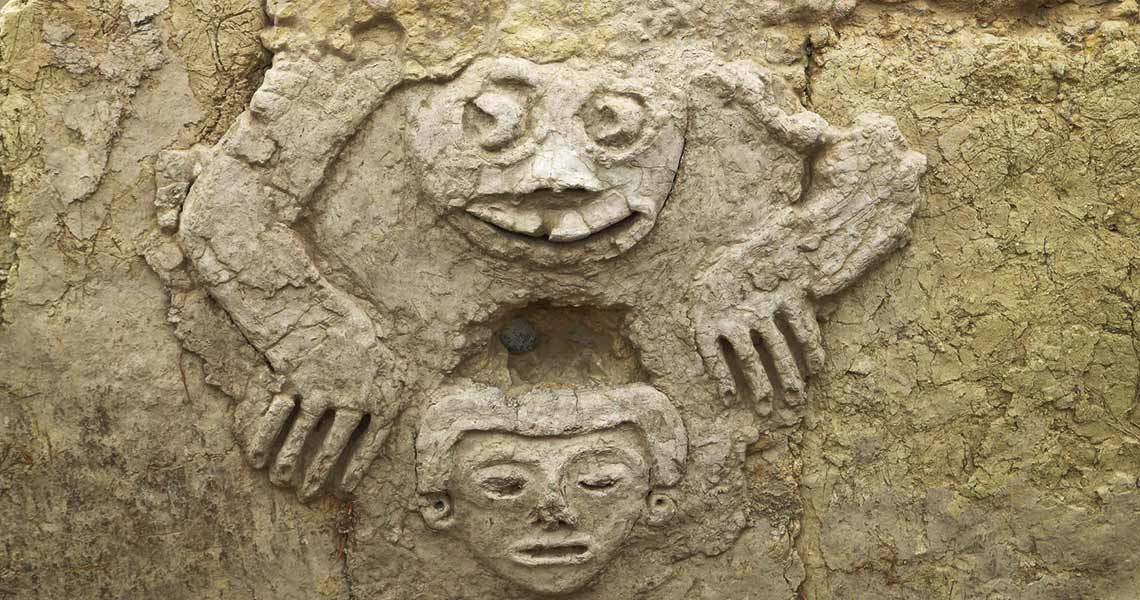 A mural, thought to be 3,800 years old, was unveiled on Monday at the Vichama archaeological site, north of Lima.

The finding occurred inside what scientists believe was a ceremonial building on this complex. It had carved scenes that depicted iconography, including a human-like toad being and representations of people.

According to Shady, in Andean civilizations, toads represented water and the face below could be the humans waiting for rainfall to come and give life its continuity.

“Another depiction found nearby shows four human heads with snakes encircling them and what appears to be a seed with a face”, the aforementioned media said.

The Vichama site is located in Huaura province, about 150km (90 miles) north of the capital Lima. Excavations have been taking place here since 2007.

Archaeologists found a group of 34 geoglyphs in southern Peru

For Lesser-Known Archaeological Wonders in Peru

Join our Patreon Community to support more content like this, and help us promote all the great things Peru has to offer!
archaeologistsCaralmuralvichama
FacebookTwitterWhatsappEmail

How to Visit Caral: The Oldest...