Three policemen were arrested after a year-long investigation into narco-trafficking in Peru’s Manú Biosphere Reserve, a UNESCO World Heritage Site and top global biodiversity hotspot. The operation in late June seized over $38,000, more than 290 kilograms (about 640 pounds) of cocaine, a small airplane, and two firearms. A total of 15 people have been arrested for their involvement.

On June 23, three police officers in Peru were arrested and now stand accused of providing security and information to narco-traffickers who are part of an international criminal organization.

The drugs bust, involving 100 police officers and 12 prosecutors, resulted in 15 arrests and spanned three different regions of Peru: Cusco and Madre de Dios within the Manú Biosphere Reserve, and Ayacucho in the Andes. The alleged ringleader of the drugs gang, Julio César Sánchez Tello, is originally from Ayacucho and was arrested along with many others from this Andean region.

The narcotics operation highlights how opening up the Manú Biosphere Reserve to the outside world has caused environmental destruction and social injustice. Since the 1950s, the one main road into Manú has steadily been advancing into the rainforest, causing indigenous communities to suffer cultural assimilation, land grabbing and resource exploitation within their native territories.

Farmers from the Andes, known as “colonists,” were offered various incentives by the state to encourage them to populate the biosphere reserve. The government was keen to exploit the Amazon’s untapped natural resources, and this continues unchecked. The government has created a situation in Manú and the surrounding Amazon region that has given rise to a black market economy: logging, wildlife trafficking, gold mining and cocaine production. There’s little to no control over these illegal activities that are facilitated by corruption within the police.

The government has green-lighted the construction of numerous new roads across the Madre de Dios region, declaring them to be “a national priority.” If the status quo continues, then the issues impacting Manú are expected to spread along these new roads, increasing environmental and human rights abuses.

The community of Diamante, in the middle of the Manú rainforest and home to the indigenous Yine people, has become embroiled in this latest narcotics operation. The president of the community, Gloria Palma Mormontoy, is one of the 15 detained. A 43-year-old mother, Palma is originally from the Andes but has been living in the native community for 28 years. She allegedly took payments totaling more than $6,000 from the narco-traffickers in return for allowing them to use the community’s airfield.

Along with many local politicians, Palma has spent the past three years campaigning for the Manú road to be extended and built through the community, which currently can only be reached by boat. Most community members are desperate for the road, as they believe it will drastically improve their livelihoods and living standards.

Despite the widespread popularity of the road, when asked about the potential impacts, community members were matter-of-fact. “Negatives?” asked Waldir Gomez Zorrillo. “It could be what always happens, no? Narco-trafficking. … It’s already happening. That’s why we are afraid at this moment. How can I defend myself? How can the community?”

Indigenous people fear they will become scapegoats. “The ones that work, they run and they escape,” said Gomez. “Because the police aren’t able to catch them, they come in and they blame us. It’s us that pay for it.” Locals claim that when the military are sent in by the state to crack down on narco-trafficking, the soldiers kill innocent people. “This is a red zone. We are in danger. But nobody says anything,” said Adrian Valles Vela. “There have already been three deaths and now there is another. Three dead. Yeah, that’s how it is.”

Despite the threats posed by this extension of the Manú road, its construction was approved by the national government in November 2018 and the road will be built through Diamante this summer.

A road from logging to coca production

The Manú road has always facilitated illegal logging, which is rampant and uncontrolled within the biosphere reserve. “I think it is very clear that the road is going to serve the interests of logging,” said Eduardo Salazar Moreira, a Ph.D. student who is studying the impact of the road. “The timber industry is going to continue to follow the road in the same way that it has been following it so far.” It is widely known that the majority of timber traded inside Peru and exported to the rest of the world is logged illegally, laundered with documents that appear official but contain fraudulent information.

Logging is a boom-and-bust activity. Once all the valuable timber has been removed, there’s no more work. Locals say the high-value tree species within Manú are now extremely scarce. “From our Western perspective,” said Salazar Moreira, “it’s very easy to say: ‘Oh, how bad are the loggers that go to destroy the forest.’ But they’re people who are simply looking to get out of their own poverty, to improve the well-being of their family.” He added: “They’ve had a lot of incentives from the government to go and work the land, right? To log and to farm.”

Typically, once they’ve logged the valuable trees, they burn the land and plant a monoculture of bananas that are highly dependent on pesticides. The agricultural market is extremely insecure in Manú and generates little profit due to the low price paid by intermediaries. “All of these [agricultural] programs fail simply because of the market,” said Pedro Juan Rey Fernández, the region’s Catholic priest. “There’s no control on the part of the Ministry of Agriculture. The market in Cusco becomes saturated; there are many bananas, the prices drop, and people get discouraged.”

People have been encouraged to move to this remote area of the rainforest, where very few economic opportunities are realistically accessible without capital or well-planned, long-standing state support. “We have a state that doesn’t worry about the employment of people,” said Oscar Guadalupe Zevallos, director of a human rights organization. “It doesn’t have a vision for the future. It is taking care of nothing. The poor Peruvians continue being so poor.”

Struggling to generate a secure income, many farmers in Manú turn to growing coca as an alternative cash crop. Peru’s cultivation of coca leaves, the source of cocaine, is second in volume only to Colombia. Although permitted in some quantity for traditional use, as it is extremely important culturally in Peru, it is mostly illegal. Cocaine production is rife throughout the Manú Biosphere Reserve, and narco-traffickers, connected to an international network, have infiltrated many communities.

Much of this production is destined for Bolivia or Brazil, the world’s second-largest market for cocaine. Both these neighboring countries are accessed easily by the newly built Interoceanic Highway. Although yet to be approved, the plan is to extend the Manú road to connect with the Interoceanic Highway. This could have a dramatic impact on illicit coca production and cocaine trafficking within the biosphere reserve, according to research led by Geoffrey Gallice of the University of Florida.

The extension of the Manú road has been a source of prolonged conflict between the regional government and conservationists, especially the National Service of Natural Protected Areas (SERNANP). It is predicted to cause 12,399 hectares (30,640 acres) of deforestation by next year, increasing to 43,347 hectares (107,110 acres) by 2040, according to SePerú. It is cutting through the buffer zone of Manú National Park — declared the world’s top biodiversity hotspot — and Amarakaeri Communal Reserve, co-owned by indigenous communities.

The former regional governor, Luis Otsuka Salazar, has promised native communities that the road will bring improved livelihoods and living standards: “This road will serve so that you can bring bread, a book, a notebook, a shoe for your children,” Otsuka said.

Yet some question the true motivation behind its construction. “The road is not for the benefit of communities,” said Victoria Corisepa Dreve, a Harakmbut indigenous woman from the Shintuya native community. “It’s for the benefit of big businesses, for illegal activities.” Many in Shintuya, a few hours upriver from Diamante, say the road has brought cultural assimilation, land grabbing and resource exploitation within their native territory.

Some argue that indigenous communities living far from the road are being manipulated; their desperation to improve their living standards is being used as a political tool to force through infrastructure development in the Amazon.

“It is very human to desire to be interconnected, to have a road,” said Guadalupe. “So they play with people’s natural desire and they sell us roads, but they’re not selling us development. How are we going to use that development tool, the road, to improve the family economically, to improve the education of children? We are going to witness families destroyed. Natural resources destroyed. And if we summarize, we are talking about the development of the country!”

Bethan John is a freelance multimedia journalist specializing in biodiversity conservation and social justice. Her team spent two months on a film expedition to Manú, interviewing communities about the social, economic and environmental issues they face. They’re producing a documentary, Voices on the Road, which will be released later this year. To discover more, visit voicesontheroadfilm.com or follow the story on Twitter, Instagram, and Facebook. 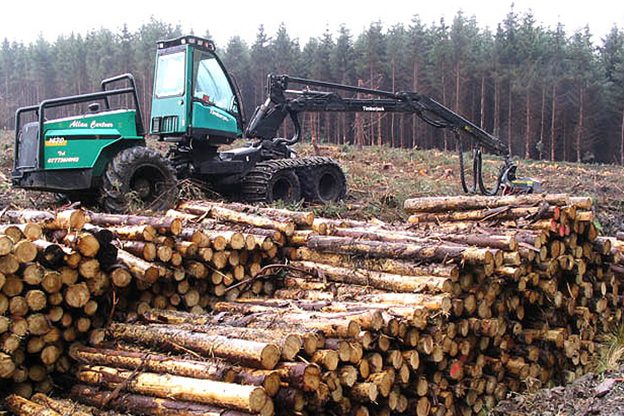 Illegal Logging Mobilizes $112 Million US Dollars Per Year In Peru 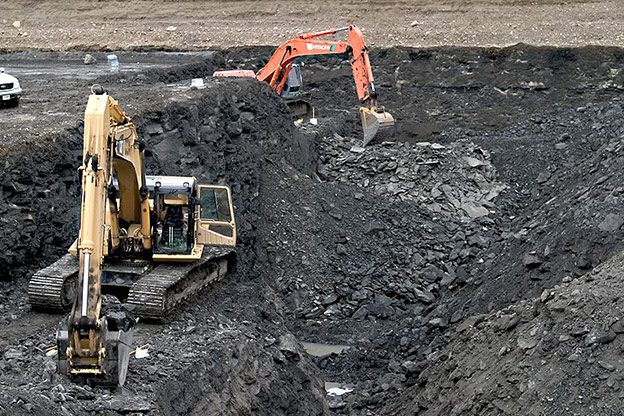 mining-energy  ·  The latest news about Peru 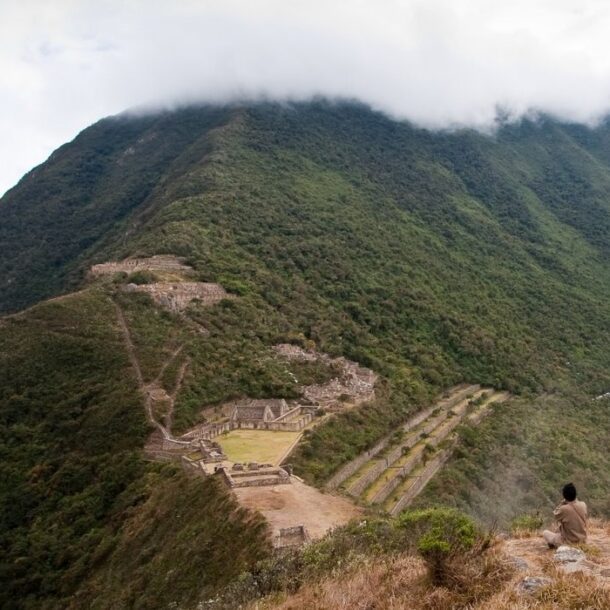 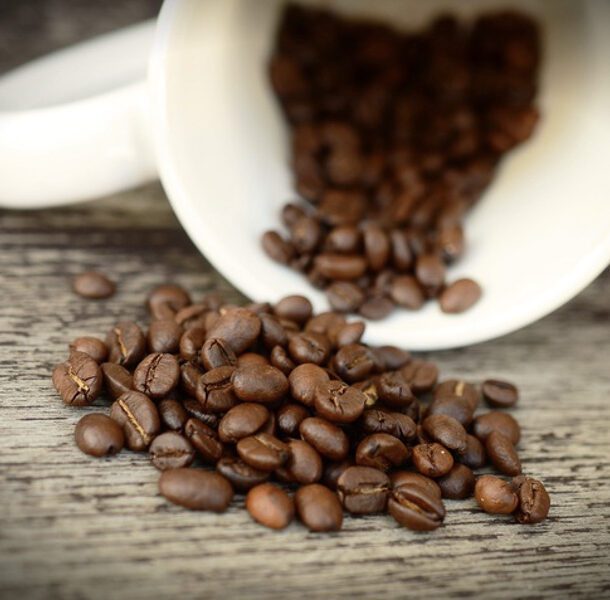 Peru Is a Great Place to Find Quality Coffee, Cacao, and Herbs for Tea.
Next Article