Creating Opportunities for Sustainable Industries in the Jungles of Peru: Interview with Kurt Holle, Co-Founder of Rainforest Expeditions 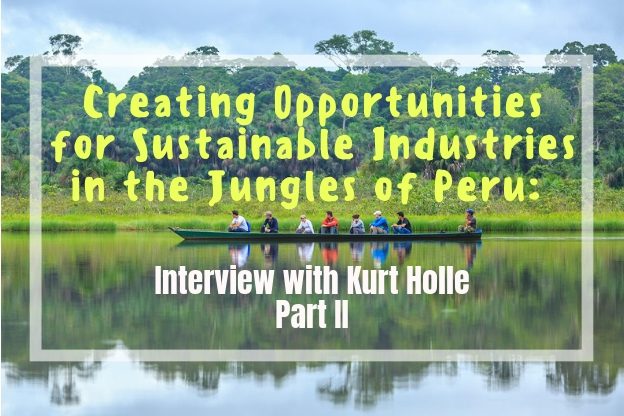 Rainforest Expeditions has three eco-lodges, as well as an investigation center, all of which are located in the Tambopata National Reserve. Over 20 years ago Rainforest Expeditions was the first Peruvian company to join forces with an indigenous group when it went it began working with the community of Infierno, located inside of the reserve. Together they run The Posada Amazonas Lodge, which is currently owned by the community, whose members oversee the administration, logistics, human resources, and operations. Rainforest Expeditions helps out as well by managing the aspects of the business related to marketing and sales.

Kurt Holle, Along with being the co-founder of Rainforest Expeditions, he is a forestry engineer and a consultant.

What are the impacts of the illegal logging industry in the jungles of Peru?

Wood certification is still ways away from becoming a global solution. And what we are dealing with here in the Amazon is just that: small-scale solutions, when what we need to be doing is coming up with big-scale solutions.
In terms of wood certifications, the initial problem is that only 5% of all the wood that comes from Peru is actually certified. Further more, certified wood also comes with an array of ecological problems that are hard to solve – like with shihuahuaco, a huge tree that can be found dispersed throughout the jungle. This tree takes 20 years until its ready to harvest for wood, but it takes at least 100 years until it’s fulfilled its ecological role within the forest. One example is its relationship with macaws.
The shihuahauco tree houses these birds in its trunk holes, which only form after many years. These holes see hundreds of generations of macaw nests, and some macaws only lay one egg at a time, each of which already has a low survival rate. So, considering all these factors, we have to see what’s going to happen to the macaw population in the next few years. And they’re only one of the many species that depends on this tree.

What about possible impacts of the Interoceanic Highway that crosses the jungle from the Pacific?

In terms of access, they’re great. Maybe something will be established in the cloud forest between Cusco and Puerto Maldonado, maybe in Iñapari, where there are wonderfully conserved forests, and who knows if the access to Manu will increase because of the Interoceanic Highway. The South Interoceanic Highway’s impact is hard to predict. But it’s going to cause trouble if it leads to deforestation. Unless we learn to eliminate the impact of the deforestation that comes as a byproduct of highway building, the results for tourism are always going to be negative.

Don’t you feel that the Amazon is often viewed in a negative and problematic perspective, and it is necessary to make an effort to show the success stories instead?

Sometimes I feel that the environmentalists are spot on in terms of recognizing and denouncing the problems that the jungles faces, but that they lack hope. We often focus so much on the negative, that we forget the positive. I, for one, am hopeful because I feel that these are not unsolvable problems, and that not everything humans do is negative. We are capable of incredibly powerful actions. In Peru, for example, there are two that come to mind: The Natural Protected Area Law and the Indigenous Landownership Law. If you compare a NPA with what happens outside of it, the difference is abysmal.
The deforestation within a NPA is less than 1% – a number that the forest itself is capable of recuperating. In the case of Manu National Park, the maquisapa monkey and river otter populations have grown 55% since Manu was declared a national park. Within the indigenous territories, the situation is similar. There is ten times less deforestation in these areas than in the surrounding areas. Peru’s current situation gives further proof. It’s surpassing the international recommendations of how much territory a mega-diverse country like itself should keep protected.

Is carbon offsetting a possible way to protect the rainforest?

In the case of carbon offsetting, I think that the ‘reforestation credits’ require too much investment for small amounts of land, and thus, they have little potential for long-lasting, positive impact. What’s being talked about now is basically the opposite: carbon credits for avoiding deforestation. In this case, the focus wouldn’t be on reforestation, it would be on conservation. The problem is that it doesn’t factor into the Paris Agreement, and so it’s harder to get politicians to back it, and to get money for it.

Is the government taking illegal mining and logging seriously?

There are three different problems. Illegal mining is being taken seriously, but illegal logging isn’t. Its much more complicated than mere deforestation, and much more ecologically impactful. And the agricultural problem is never taken seriously. If one had to rate the three in terms of damage to the ecosystem, illegal mining would be first, followed by agriculture, and then logging. Looking at superficial damage, however, agriculture comes first, then logging, and then mining. And if they’re rated in terms of how easily they can be solved, agriculture comes first, then logging, and mining comes last, as it is the most difficult to resolve.

When one thinks about business in the jungle, are they looking at the Amazon specifically, or are they trying to adapt production and extraction models from the coast and mountains to the jungle?

The Amazon is just starting to be looked at for what it is, but it’s still not enough. The idea is to start to look at it from within. We need to start listening to the people of the Amazon, and understanding what the jungle is and how it functions. Certain things are being done. The Amazonian Interregional Council (CIAM) is supporting the departments of the Amazon presenting unified platforms that work to adapt to the local realities and to investment projects. Indigenous organizations, like AIDESEP, have much more power today than they did 20 years ago. If you look closely, there are a lot of extraction projects that have been paralyzed because of environmental concerns. It’s not true that they aren’t heard; I would actually argue that it’s quite the opposite. If you compare the political pull of a person like myself with that of an indigenous person, theirs is probably double mine. Is it enough? No. But it’s more.

Are highways the solution? 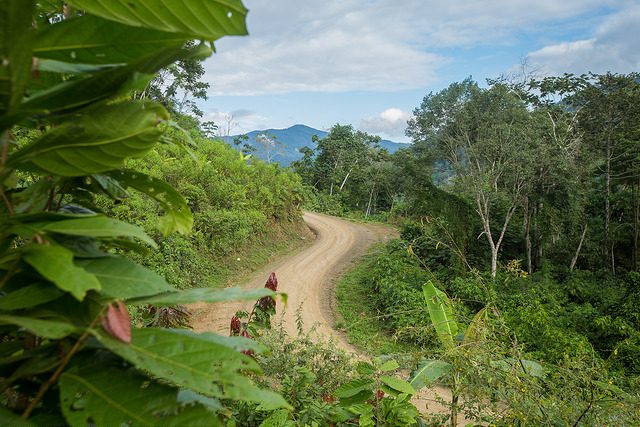 Let me start my stating that everything is a big misunderstanding. In Peru, 80% of the Amazonian deforestation lies 20 kilometers from a highway. It is scientifically proven. Like the laws of gravity. And although this is an unchangeable fact, deforestation is not. In places like California and Florida, you can drive down highways that traverse through the heart of a national park that remains perfectly conserved. How can we change this Peruvian reality in order to build highways that don’t lead to deforestation? Firstly, we can’t imagine a future based on the past – based on how things have been done previously. Peru’s future can be different.

So, what can be done?

We have to make sure that the government does its job. It has to protect the land surrounding the highways, and impede outside occupation. People arrive to the jungle from all over the country, with all kinds of ideas. There are those who are more reasonable, and then those who think “God has given us these thousands of hectares and we are going to fill them with rice and maize.” These invaders arrive with certificates from the Ministry of Agriculture. The certificates are anachronistic; they come from a time when the government was trying to promote migration into the jungle. If you put in a highway, put a moratorium against land-ownership certificated for the land surrounding the highway. No one is going to go traipsing into the jungle. People stay close to the highways.

DB Peru: Making a Difference Through Healthcare and Education

How is Your Spanish? The Benefits of Bilingualism

Tierra Baldia: The Roar of a Cultural Initiative in...

The Jellies of Paracas

Would You Like to Help Peruvian Kids Get an...

Touring the Cacao Trail in San...