Top Stories
Video Recipe: Learn How to Make Peruvian Alfajores
Travel Updates: Coronavirus (COVID-19) Outbreak in Peru
The Great Creations of the Paracas and Nazca...
A Visit to Tambo Colorado: The Resting Spot...
A Sigh of Tasty Relief: Recipe for Peruvian...
Trujillo’s Spring Festival: A Great Celebration Of Northern...
Gran Pajatén: The Ancient Ruins so Precious You’ll...
Live Master Class: How to Use Peruvian Ingredients...
These Are the Top 5 Destinations in Peru
Vote for Peru in 2020 World Travel Awards
Home International Ex-President Toledo Arrested In California For Public Intoxication
InternationalThe latest news about Peru 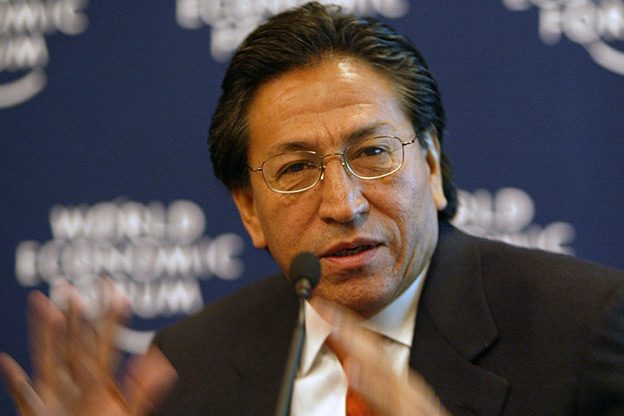 Toledo was released on Monday after being arrested the previous night at a restaurant near the San Francisco Bay Area, said Voa News.

“Toledo was released without charges Monday morning, which Blankswade said is routine for most public drunkenness arrests. Toledo was Peru’s president from 2001 to 2006 and moved to Northern California shortly after leaving office to work and study at Stanford University in Palo Alto, according to a 2007 San Francisco Chronicle report”, the aforementioned media said.

In 2017, Peruvian officials announced they were seeking to arrest Toledo and $30,000 US dollars are being offered as a reward for his capture. The prosecution is accusing him of taking $20 million US dollars in bribes from the Brazilian construction firm Odebrecht while he served as president.