If you’re looking for an out of the ordinary place to stay in Lake Titicaca, look no further than these three options.

Lake Titicaca in the Puno region of the Andean plateau, is the highest navigable lake in the world. It sits at 3812 m.a.s.l with an area of 8562 square kilometers. It is the cradle of Andean civilizations and home to some of the most traditional communities in Peru.  It is highly recommended to spend some time on this lake.

But maybe you want a bit of luxury: Titilaka Lodge

How can you beat endless blue skies, snow-covered peaks and sapphire waters shining on the horizon at Titilaka, a luxury lodge with an out-of-this-world charm on the shore of Lake Titicaca. Off the beaten track, Titilaka is the entry to an unspoiled part of Titicaca Lake that offers a magical variety of spectacular scenery including mountains, Inca and pre-Inca ruins, ancient roads and vibrant indigenous villages where families weave colorful textiles by hand.

Titilaka means “puma’s mouth” in Aymara, and the lodge takes its name from a local community with which it shares a private peninsula jutting spectacularly into the lake. Frequently described as “mystic”, the surrounding area is home to many Aymara and Quechua communities for whom Spanish is their second —or even third— language, and where the Andean creation myths centered on the lake are still part of local customs and daily life.

Titilaka’s “all in” services include contemporary cuisine created by Peruvian chef Maria Fe Garcia, and more than a dozen itineraries led by their bilingual guides. The itineraries include visits to picturesque markets, weaving demonstrations, walks on ancient roads, exclusive excursions to private sections of the Taquile and Uros islands, mountain biking, bird watching, road trips, visits to archaeological sites and excursions to Bolivia.

Titilaka works with a non-profit organization to support the communities living on the lake shore, by providing proceeds from each guest to the organization. The hotel is modern and sophisticated, with original decoration that includes hand-made products from local artisans.

Amantica Lodge: gateway to the islands

One of the lake’s islands, Amantani, contains a lodge offering experiences that are almost unreal. Amantica Lodge has large comfortable suites with a view of the lake from their wall-to-wall, floor-to-ceiling windows, as well as a menu that explores the wealth and variety of local produce.

Their locally-sourced dishes are accompanied by an extensive cellar of wines. It also offers activities that include traditional ceremonies, such as coca leaf readings performed by a shaman, ceremonies dedicated to Pachamama, and the chance to star-gaze, guided by an expert astronomer. On top of this, they also offer fishing, cooking and tasting classes, walks, trekking and kayaking.

French architect Tom Gimbert came to Peru to design projects based on sustainability. His projects include the Ecolodge in Mancora and the Amantica Lodge, both having their own style and supported by the local community. LimaTours and Tom Gimbert have worked together to create similar projects in different parts of Peru.

Get on board the Yavari

Alongside the jetty of the Sonesta Posada del Inca hotel is the Yavari, a gunboat dating from the mid 1800’s, which was ordered by the government of President Ramon Castilla for the export trade. Construction was entrusted to James Watt Foundry in Birmingham, England.

In 1982 Englishwoman Meriel Larkin found the vessel abandoned at a pier in Puno, and began the task of restoring this marvel. She was opened to the public in the 1990’s as Peru’s first museum ship, but today she is a pleasant place to spend the night. Dinner is delicious and speaks of a romantic adventure. The night is restful and unique. And when you wake up, enjoy the view from the deck and a hot coffee made from local beans, and admire the lake that seems as big as the sea on board a ship at 3800 m.a.s.l.

In 1862, more than 1000 crates arrived at the port of Arica containing the parts from which the Yavari would be assembled. They were taken by rail to Tacna; from there they were taken by mule across the desert and the Andes Mountains to Puno, and in 1869 construction work began.

I’ve Been Counted: The Crazy Endeavor of Peru’s Census 2017 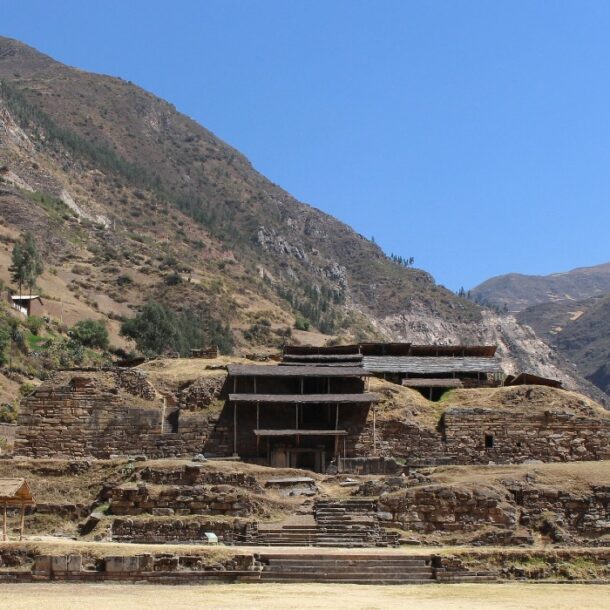