Fujimori Will Be Transferred To Barbadillo Prison In Peru 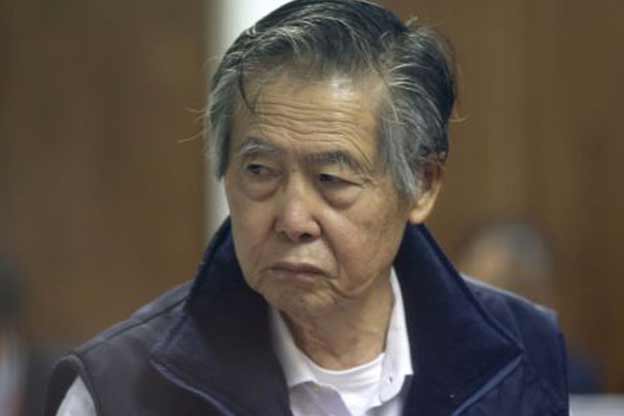 The National Penitentiary Institute of Peru (INPE) ordered yesterday the transfer of ex-President Alberto Fujimori to Barbadillo Prison after it was determined he is healthy enough to complete his sentence.

This penitentiary has a 24-hour medical service available, which is perfect for Fujimori since he needs constant monitoring of a cardiac condition he suffers from.
After been hospitalized for more than three months in the Centenario Clinic, Fujimori will undergo several examinations and medical evaluations in order to begin his transfer within the next 24 hours.

He was sentenced to 25 years in prison for crimes against humanity, but at the end of 2017, the then President Pedro Pablo Kuczynski granted him a humanitarian pardon alleging the deterioration of his health.

On October 2018, the judicial branch decided to annul the presidential pardon given to Fujimori. They stated that “the pardon granted to Alberto Fujimori, is incompatible with the international obligations that bind the Peruvian State, including the American Convention on Human Rights (ACHR)”.

Alberto Fujimori Is Fit To Go Back To Jail

Join our Patreon Community to support more content like this, and help us promote all the great things Peru has to offer!
Alberto Fujimoribarbadillofujimorijailpersidential pardonprisonsentence
FacebookTwitterWhatsappEmail

The Peruvian State Recovers More Than...