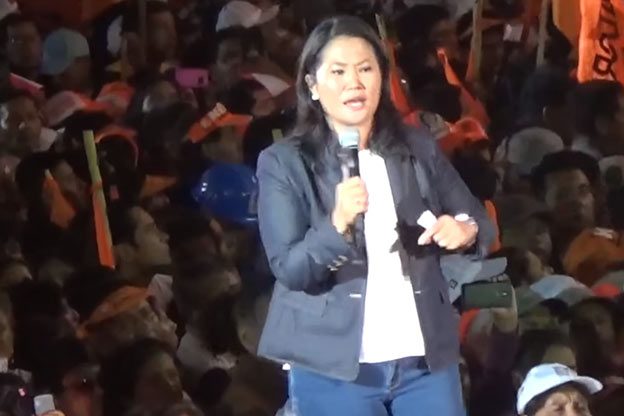 The leader of Fuerza Popular, Keiko Fujimori, will not be released from prison and will remain in Mujeres de Chorrillos, where she is serving a sentence of 36 months of preventive detention in the framework of the investigation that follows the prosecution for the alleged contributions Odebrecht gave her campaign in 2011.

“According to the decision dated January 3 to which El Comercio had access, the decision of the Second Criminal Appeals Chamber was unanimous: judges Octavio Sahuanay, Jessica León and Iván Quispe backed the ruling that Richard Concepción Carhuancho gave in the first instance”, El Comercio revealed.
It was established that there is no danger for an escape from the country, but there is a threat that the probative activity could be hindered.

The court also “concludes that there are well-founded and serious elements of conviction to reasonably estimate the occurrence” of the alleged crime of money laundering, said El Comercio.

Keiko Fujimori is investigated for the alleged crimes of money laundering, criminal organization and obstruction of justice.

Keiko Fujimori Said She Could Have Sought Asylum

Join our Patreon Community to support more content like this, and help us promote all the great things Peru has to offer!
crimefujimoriinvestigationjustiveKeiko Fujimorimoney launderingOdebrechtpreventive detentionprison
FacebookTwitterWhatsappEmail