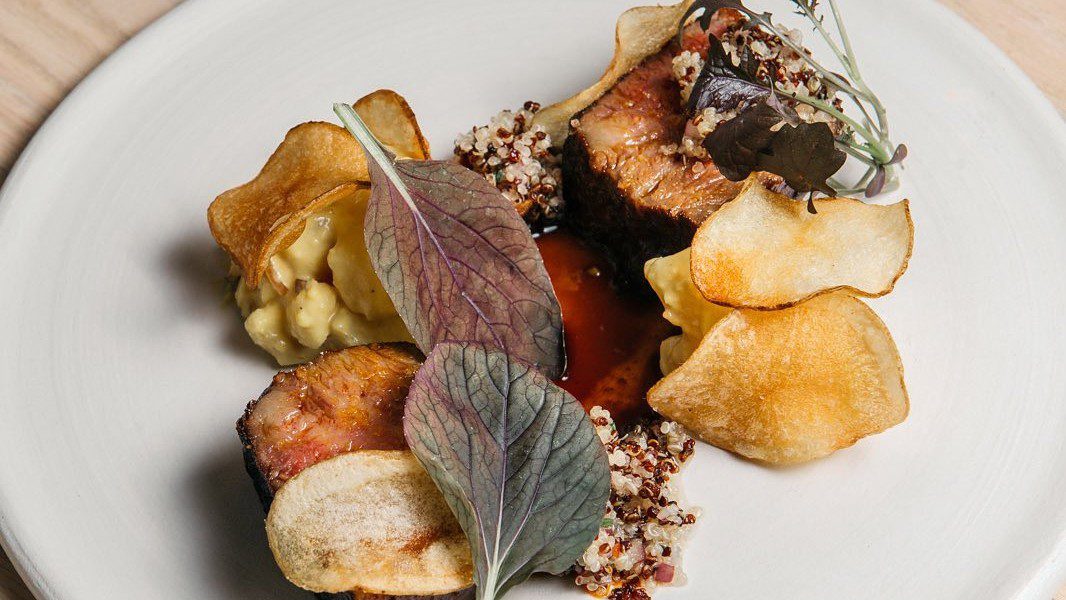 Llama San is the new culinary proposition by chef-owner Erik Ramirez. A native of New Jersey, born to Peruvian parents, Ramirez has become the golden boy of Peruvian cuisine in the Big Apple. Having successfully opened two restaurants, Llama Inn and Llamita, Ramirez is one of a handful of chefs that aim to make Nikkei cuisine mainstream.

The restaurant opened its doors back in September 2019 in the heart of the West Village on Sixth Avenue. A positive review in The New Yorker, published on October 25, laid out some of the restaurant’s best qualities.

The space is designed to highlight the light wooden structures and plants throughout. This theme is also integrated into the aroma of the space, which features palo santo, a wood that is native to Peru.

She also gushes over the aged-duck nigiri, a very Peruvian-style fusion dish. The sushi rice is cilantro based, on top of which sits a piece of juicy duck. It’s followed by a slice of sweet, caramelized banana after which comes the nasturtium leaf topping off the presentation of this dish.

Ramirez follows in the steps of Nobu Matsuhisa, the famed Japanese chef who moved to Lima and opened a restaurant in 1973. There, he experimented and created Japanese dishes using Peruvian ingredients, a style that is at the heart of what is now his global restaurant, Nobu.

Ramirez and his partner Juan Correa also run Llama Inn in Williamsburg, Brooklyn, and Llamita, a sandwich shop also in the West Village.