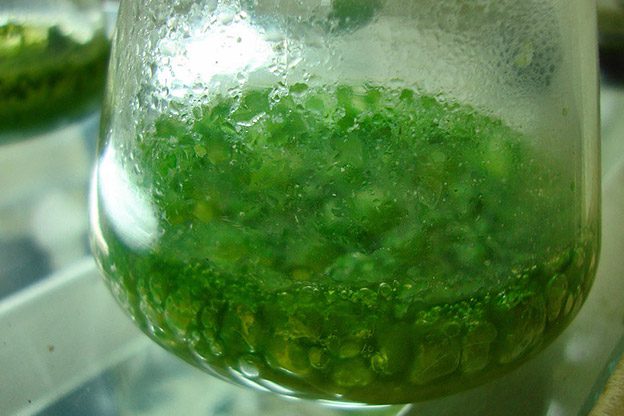 A group of Peruvian scientists took a portion of small green algae from polluted lakes and rivers, a product of mining, to strengthen it with nutrients and oxygen before returning them to purify the water.

“Mining is the motor that drives Peru’s economy but at a huge environmental cost, particularly around Lake Junin in the center-west of the country”, France 24 wrote.

Enoc Jara, head of this investigation at the National University of San Marcos, told this news agency that every two years they add these microalgae with the goal of it absorbing the polluting minerals.

“The algae are reinforced with nitrogen, phosphorous and potassium in a Limba laboratory before being returned to the contaminated lakes and rivers”, France 24 explained, adding that Jara and his team are working on reinforced microalgae on a large-scale production.

Then, they will test the algae on Junin Lake hoping it will have a purifying effect.

Most of the water pollution in Peru is due to illegal gold mining and the country is the sixth-largest producer of this metal in the world.

Join our Patreon Community to support more content like this, and help us promote all the great things Peru has to offer!
gold mininggreen algaeminingpollution
FacebookTwitterWhatsappEmail