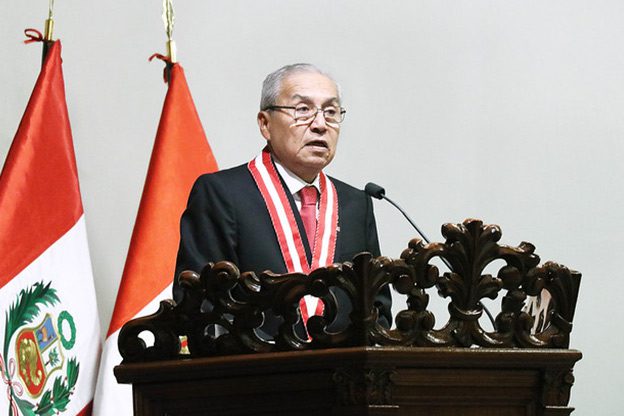 Pedro Chávarry, attorney general in Peru, is accused of plagiarizing 292 of the 356 paragraphs of his thesis with which he obtained his Masters in Criminal Law.

This was reported by the media Hildebrandt en sus Trece, as the website Lucidez explained.

“The text, presented in 2011 before the Federico Villarreal University has the same writings that were extracted from reports by Colombian and Chilean authors”, the aforementioned media said.

By this uncovering, the non-grouped congressman Gino Costa presented a new constitutional accusation against the head of the Public Ministry, Chávarry.

“I have just filed a constitutional complaint against Chávarry for irregular ratification of the CNM, plagiarism of thesis, repeated lies, among others”, Costa announced in his Twitter account.

He also said that this evidences a lack of integrity and transparency on the supervision of the magistrate José Luis Salas Arenas who allegedly coordinated ex-Supreme Court judge César Hinostroza’s exit of the country.

Join our Patreon Community to support more content like this, and help us promote all the great things Peru has to offer!
attorney generalcriminal lawpedro chávarryplagiarism
FacebookTwitterWhatsappEmail

Pedro Chávarry Announces His Resignation As...

Hundreds In Peru Took The Streets...