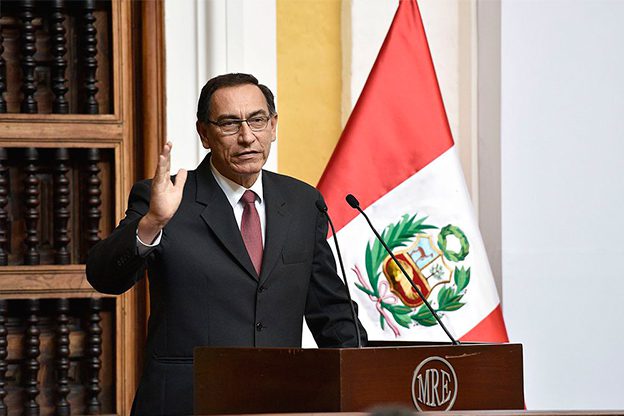 President, Martín Vizcarra, culminates today his activities in the city of New York, United States, where he participated in the 73rd session of the General Assembly of the United Nations (UN).

Today at 8:30 am Peruvian time he will hold a bilateral meeting with the President of the European Council, Donald Tusk, for approximately 30 minutes. Later, he will meet with the secretary general of the Organization for Economic Cooperation and Development (OECD), Ángel Gurría.

“While at 10:00 am Peruvian time he will participate in the debate of the high-level session of the fight against tuberculosis”, explained Andina News Agency.

This afternoon, Vizcarra will integrate the Presidential Panel of the Pacific Alliance destined to achieve new investments. This meeting will be attended by the other presidents that make up this commercial group: Mexico, Enrique Peña Nieto; Chile, Sebastián Piñera; and Colombia, Iván Duque.

A few hours later, the Peruvian president will leave on the presidential plane heading towards the city of Lima.

Join our Patreon Community to support more content like this, and help us promote all the great things Peru has to offer!
assemblyMartín VizcarraNew YorkPresidentUNUnited NationsVizcarra
FacebookTwitterWhatsappEmail