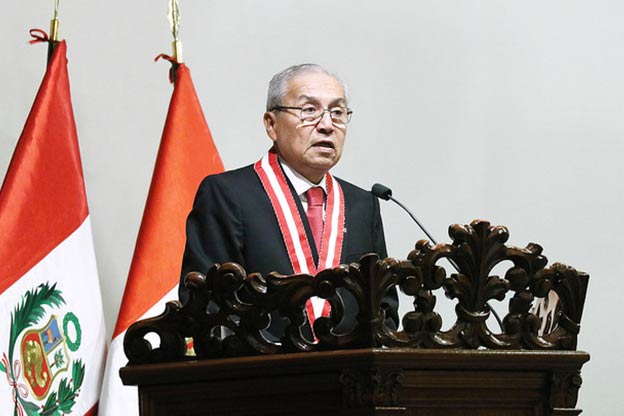 Prosecutor Zoraida Ávalos reported on Thursday that her office received a report on the violation of the sealed office of the former advisor to Supreme Prosecutor Pedro Chávarry, when he was still the Public Prosecutor.

“In the course of tomorrow [Friday], I am evaluating to start [an investigation]. […] The issue of Dr. Chávarry should be investigated by my office,” she said in an interview with RPP, according to El Comercio.

Ávalos mentioned that this report was prepared by “the prosecutors in charge of the investigation”, with references to José Domingo Pérez. It recommends investigating Chávarry for the alleged crimes of corruption of officials and against the jurisdictional function.

“It is also requested to initiate the corresponding actions against the former secretary general of the Office of the Attorney General of the Nation, Aldo León Patiño; Rosa María Venegas, former adviser to Chávarry; the security manager of the prosecution, Juan Asmat; and PNP non-commissioned officers Hugo Robles Chiong, James Rodríguez Zavala and Juan Arias Contreras, members of the security of the former head of the Public Ministry”, El Comercio explained.
In addition, El Comercio broadcasted images from the security cameras that showed that Chávarry was in his office on January 5th subtracting documents with the help of three security members. Rosa María Venegas also appeared subtracting documents from Juan Dugarte’s (former advisor to the supreme prosecutor) office.