As happy as I was last week, I was equally as frustrated this week when I heard the following story…

So, a close friend of mine has a property in the historical part of Cusco, where the neighbor after a few weeks of negotiations decided to illegally tear down an old adobe wall to gain more space on his side. That is actually not the surprising part. What is really amazing is that he did it in the middle of the night with a CAT bulldozer and no one stopped him!

Neither the lawyers, police officers, municipality, or fiscalia did anything until it was too late.

When the neighbor had torn down half the wall, the fiscalia showed up and told him he had to stop and what did he do? He returned the following night with his Caterpillar and finished the job.
Even though this a criminal act, which can put him in prison without going in front of a judge, not even the police or the Institute of Culture, which has to protect the old historical properties, has done anything. WTF is going on! The police said that unfortunately, they can’t do anything until they receive a report and an order from the municipality or the Ministry of Culture who needs days or weeks to investigate. Probably someone in the municipality gave him a permit without checking who the wall belongs to, which is why they have been hiding and not doing their job. Another source states that this is completely normal and that the mayor is utterly useless and prefers to spend his time with his mistresses instead of doing his job to manage and protect the city.
Be aware, that if you buy a house in Cusco and someone decides to break down a wall or even your house, you can’t do anything about it with how the law is today. Of course, you can sue him or her afterward, but that can take up to 5-7 years and then what?

Cusco is a beautiful city on the surface, but underneath that veneer, it is falling apart.

Another problem that the municipality and authorities haven’t faced yet, is the management of all of the garbage that they produce which is piling up every day outside of the city. Despite the fact that the city has been aware of the exponential problem for many years now, they continue to live in denial and have done nothing to solve this problem.

Sometimes it is really embarrassing to live in a country with so little respect for so many things and sometimes you really lose hope that someday it’ll get better.

In general, I’m a very positive person and it takes quite a lot for me to get angry, but when I hear about these things I get depressed. This is one of the reasons why I don’t watch the news here in Peru.
Most of the news channels only focus on the negative news and gossip, and not only is it bad news but the news here, in general, is so badly presented, that most people get depressed every single day. The news is so bad, that most people watching it don’t even realize that all they can talk about is how bad things are and how terrible everything is.
If people didn’t watch the news they would probably realize that things are not so bad and there is hope for most things we’re trying to achieve. One good news that came out a week ago is that Peru is growing very well and that foreign investors are ready to invest in Peru, as they see a country with great potential.
The other day I heard that Fuerza Popular wanted to influence the news by taking away the right to freedom of speech. Again. I’m not surprised. Former president Alberto Fujimori did it too when he was president. Instead of taking away the freedom of speech maybe Fuerza Popular should demand that people who are producing news actually are educated to do a good job like in other countries in Northern Europe, where it is a pleasure watching the news, as they are objective and focus on both the less bad and the positive news unlike Peru who has only done that recently when Peru entered into the FIFA World Cup Championship.
In regards to the World Championship and FIFA, Paloma Noceda from Fuerza Popular has suggested that the FPF (Peruvian Football Federation) (www.fpf.org.pe) – a private organization overseeing the national Peruvian football team which just entered the World Cup 2018- should be nationalized and managed by IPD (Instituto Peruano del Deporte). Whether this is a good or bad idea considering the corruption scandals with Manuel Burga and FIFA in the past, it is not for me to say, but for now it is a really bad idea, as Peru could be kicked out of the World Cup, just like Cameroon a few years ago, should they go ahead with the nationalisation.

If we just could “kill” corruption and spend all that money on improving the educational and health system, Peru would probably be the richest and happiest country in Latin America and maybe even mount the Top 20 in the world. If all the corrupt people burn in hell, it looks like the devil will really be very busy with a few ex-presidents and their friends from Peru.

Of course Peru is not the only country with that problem.

Argentina is probably 10 times worse and the other day, a friend of mine from Venezuela told me that one of their ministers have been accused of stealing US$ 5 BILLION (S/ 5.000.000.000) and “losing” another US$11 BILLION while he managed the state oil company of Venezuela. Why do you need to steal US$5 or $11 BILLION? How stupid can you be?

Hopefully with the new technologies like Blockchain or something similar, we can “kill” corruption in the next 10 years, put all the bad boys and girls away and start all over creating a country with better opportunities for everyone.
Maybe in the near future, someone will start a campaign called “Yo También”, if one has been a victim of corruption. I’m sure many Peruvians can participate in this campaign and maybe it’ll bring some of the “bad guys and women” into the spotlight, so their friends and families can see who they really are.

And now for the good news:

I don’t know anyone who doesn’t complain about the traffic here in Lima and in other larger cities around the world, which is why the sharing economy is becoming such a big success and companies like UBER continue to successfully launch alternatives to the way we transport ourselves.
By 2020, we can start to avoid the usual traffic chaos and travel by air to and from home in safe and environmental friendly vehicles. Unless our government invites UBER to come and use Lima as a hub for Latin America and launch UBER Air, we might have to wait a few years more, but the sooner the better.

If you have any doubts, if this is something for you, enjoy this video.

I look forward to the future!

And for our friends in the US, the Living in Peru team hopes you had a wonderful Thanksgiving Day and long weekend among friends and family.  Regardless if you celebrate this tradition or not, it is a great moment to reflect on the past and be grateful for what we have been able to achieve with our lives. 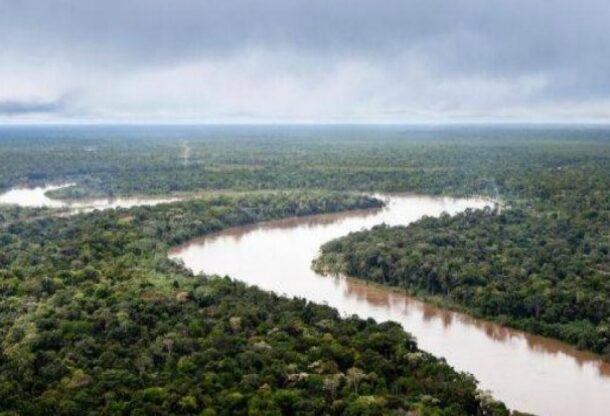